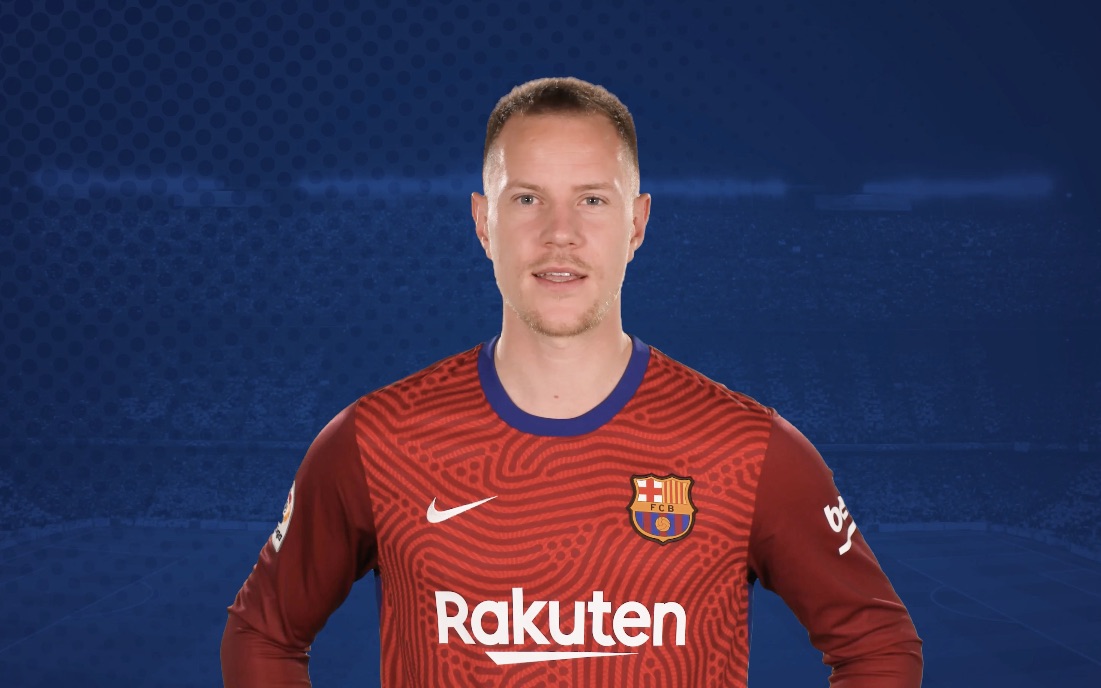 The FC Barcelona goalkeeper sent encouragement to those camped on the island of Lesbos, raising awareness of the problematic situation at the same time.

The Barça Foundation has worked since 2016 in different refugee camps and settlements in Greece and Lebanon, and with solitary children in Italy and Catalonia.

FC Barcelona first team player Marc-André ter Stegen has sent a message of support to refugee children living in the new Moria refugee camp on the Greek island of Lesbos. These children are beneficiaries of the programme for Refugees and Migrants run by the Barça Foundation on the island.

Six months ago, a fire that broke out in the Mória refugee camp, the largest of its kind in Europe, and caused more than 10,000 people to be relocated to a new camp a few kilometres away.

The video shows several children receiving the message of encouragement from the player through the educational staff at this new refugee camp. Ter Stegen also wants to raise awareness about the issue of refugees and migrants.

The latest issue of the Barça Foundation Magazine (here) explains the situation that those relocated find themselves in, and first-hand accounts from various beneficiaries and educational staff from the Barça Foundation’s programme, who have adapted to the new situation and continue to keep the project operational.

This programme began in 2016 with the participation of more than 24,000 children in Lebanon, Greece, Italy and Catalonia, both in refugee camps and in schools and juvenile centres.

It works to improve the emotional well-being of refugee and migrant children and young people through sport. Their integration with those of other nationalities and the local community is also encouraged.

Since March of last year, the Barça Foundation have had to adapt their programmes to the new lockdown situation that is being experienced everywhere, with content that can be undertaken individually or with families, and have prioritised maintaining contact with local beneficiaries and teams in order to give maximum support -especially at a time like this.

There are currently 79.5 million refugees worldwide, of whom more than 25 million live in other countries to their birthplace, according to the latest data from the United Nations High Commission for Refugees (UNHCR). Half of these refugees are children who have had to flee their homes due to conflict, violence and persecution.

In this difficult situation, children and young people are especially vulnerable as they suffer from a lack of concrete measures to facilitate their reception and shelter, and suffer serious violations of their human rights.

The Barça Foundation, thanks to the support of the Stavros Niarchos Foundation, are demonstrating their commitment to refugee children, developing a sport-based programme with children living in communities and centres with a high proportion of refugees in Catalonia, Greece, Italy and Lebanon. The programme has been running since 2016, using the FutbolNet methodology, in a wide range of contexts, such as refugee camps, informal settlements, community camps, juvenile centres and schools.