The Barça Foundation team will play against Valencia, Almería and Leganés to kick off LaLiga Genuine 2022/23 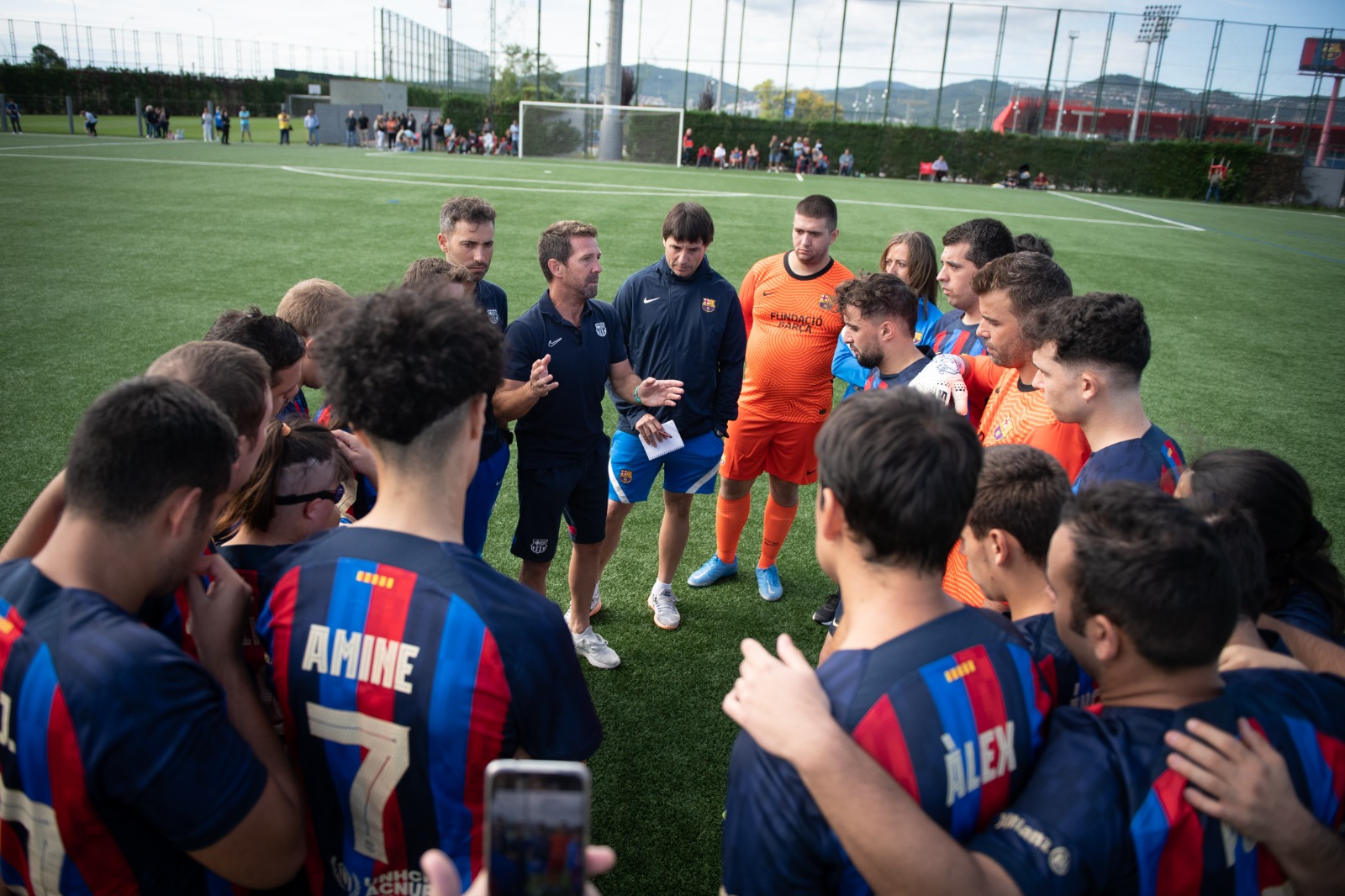 The team will debut in the Deportividad group in Salou, where the first phase of the competition will be played on 12 and 13 November

The Barça Foundation’s second season in LaLiga Genuine Santander will begin at the Salou Football Sports Complex in Tarragona. The winning team in last year’s Compañerismo group will be playing this 2022/23 season in the Deportividad group and will debut on 12 November against Valencia CF and UD Almería, at 10 a.m. and 4 p.m. respectively. On the following day, Sunday 13 November, the opponent will be CD Leganès, at 12 noon.

The Barça Foundation Genuine team will travel to Tarragona on Friday 11 November, to participate in the opening ceremony of the 1st phase of LaLiga Genuine Santander, which will take place at the New Costa Dorada Stadium in Tarragona from 8 p.m. that day, and which will be organised by Gimnàstic de Tarragona.