The Barça Hymn, a clamor of union and support among the participants of the refugees and migrants program of the Barça Foundation 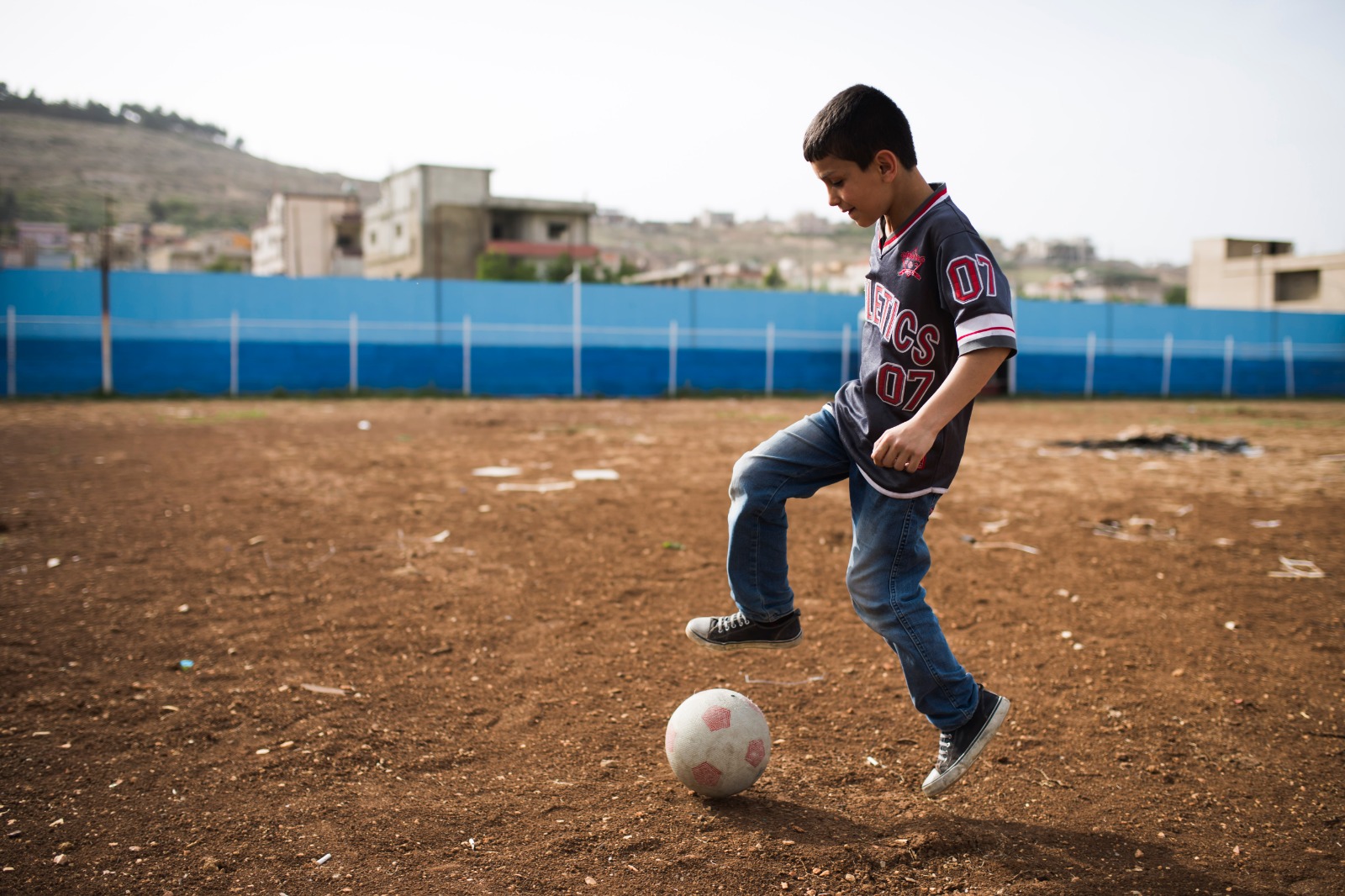 The Foundation has prepared an audiovisual piece in which boys, girls and educators from the entity's refugee and migrant program sing the Club's anthem as a show of support for the health crisis situation that we are living caused by the coronavirus pandemic.

The world is experiencing a transcendent moment where the largest health crisis in modern history caused by the spread of Covid-19, has caused many deaths and has left very serious economic and social consequences.

For this reason, the Barça Foundation, committed to its beneficiaries, educators and collaborators, has launched a video where different participants of its refugee and migrant program in Catalonia, Greece and Lebanon appear singing the Barça anthem as a show of support for the health emergency situation that we are experiencing. In this sense, the Club's anthem represents a call of unity to all people to face this crisis, no matter where they come from.

Since March, the Foundation team has had to adapt its programs to the new confinement situation with content that can be done individually or with families and has prioritized maintaining contact with all beneficiaries and local teams, in order to give maximum support, especially in these times.

Nowadays there are 79.5 million displaced and refugee people, whom which more than 25 million live in refugees in other countries, according to the latest data from the United Nations High Commissioner for Refugees (UNHCR). Half of these refugees are children who have had to leave their home because of conflict, violence, and persecution.

In this very difficult context, children and young people are especially vulnerable as they suffer from the lack of concrete measures to facilitate reception and shelter and suffer serious violations of their rights. The Barça Foundation, thanks to the support of the Stavros Niarchos Foundation and demonstrating its commitment to refugee children, develops a program based on sport for development with children living in communities and centers with high proportions of refugees in Catalonia, Greece, Italy and Lebanon.

The program has been carried out since 2017 with the FutbolNet methodology in a wide range of contexts, such as refugee camps, informal settlements, community camps, centers for minors and schools.