Shakira: "Building a school is a way to change the world"

Shakira, the Barça Foundation and "La Caixa" Bank Foundation lay the first stone of a school in Barranquila 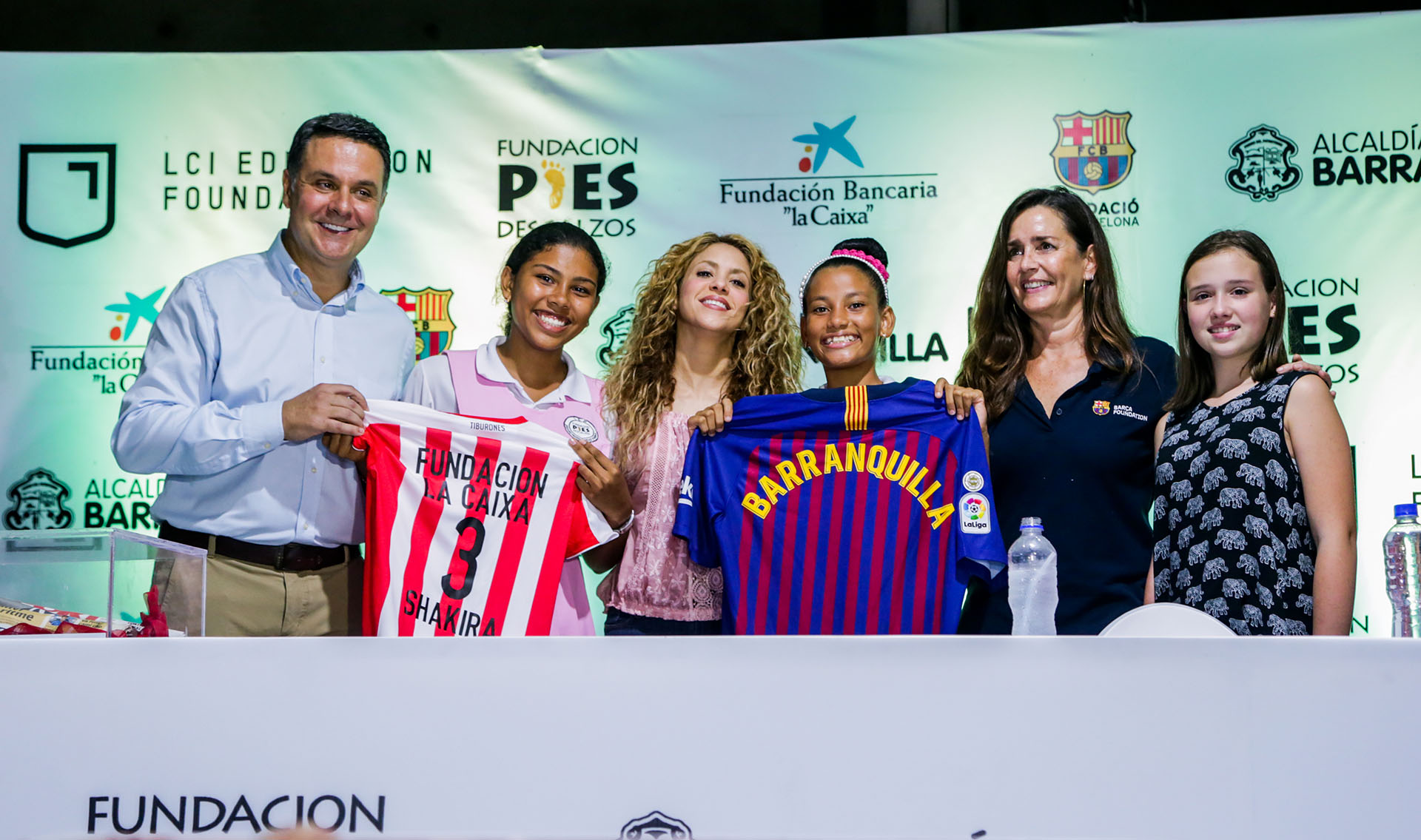 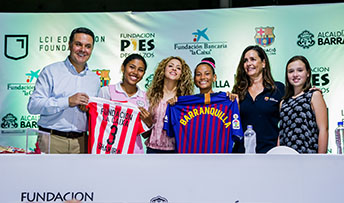 Yesterday, pop star and founder of the Pies Descalzos Foundation, Shakira Mebarak; the CEO of the Barça Foundation, Mària Vallès, and the director of the commercial and Educational Department of the "La Caixa" Bank Foundation, Xavier Bertolin, laid the first stone for construction of the Institución Nuevo Bosque in Barranquilla.

The future school is being built in one of the most disadvantaged and insecure neighbourhoods of Barranquilla, El Bosque, where crime is frequent and the level of vulnerability is getting worse every year. The school is scheduled to open in early 2020 and will offer education to 960 children from 1,000 families. An essential factor in achieving this has been the active support of the Colombian Ministry of Education and its Infraestructure Fund together with the District of education secretary of Barranquilla.

In such a setting as El Bosque, this project offers a great opportunity to support youth groups by reducing rebellious behaviour, problematic attitudes and toxic forms of competitiveness and aggression, and reinforcing positive attitudes such as thoughtfulness, friendship, collaboration, decision-making, participation and the sense of belonging to a group. In addition, the methodology used on the programme and the work done by teachers provides young people with the integration skills that they need in order to develop a calmer, more positive attitude in their daily lives.

This program is based on the partnership developed between "la Caixa" Bank Foundation and the Barça Foundation over the last nine years in the form of an annual agreement whereby 600,000 euros are used to promote quality educational actions and projects based on personal values and skills. For the next three years, 400,000 euros from this donation are to be spent on the construction of the New Forest Institution, in total 1.2 million euros. The agreement also foresees the implementation of two of the most innovative educational projects that "la Caixa" Bank Foundation and the Barça Foundation are running at schools throughout Spain, and which are also being used in international centers: the Young Entrepreneurs Program and FutbolNet.

"Sport is an essential tool to provide quality education"