Scholas Occurrentes is a worldwide network of schools promoted by Pope Francis. The goal is the integration of educational communities around the world, with special emphasis on those with fewer resources.

The collaboration between the Barça Foundation and this worldwide network of schools began in 2015 when Scholas Ocurrentes arrived in Tarragona with the Scholas Ciutadania program. In March 2019, these conferences were organized in Barcelona, and were attended by 300 students. They addressed issues such as inequality, gender violence, discrimination, bullying and stereotypes. 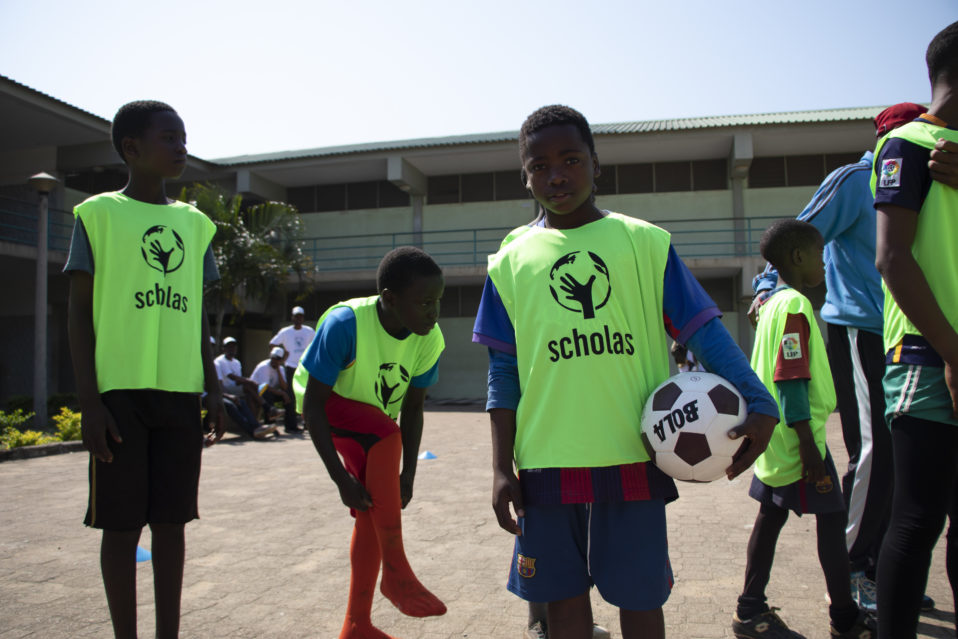 Our commitment to Scholas

We promote education on values through various actions.

We make various FC Barcelona and Barça Foundation pedagogical materials based on sport available to the network of education centres on the program.

We hold several educational open days in Catalonia together with Scholas Occurrentes.