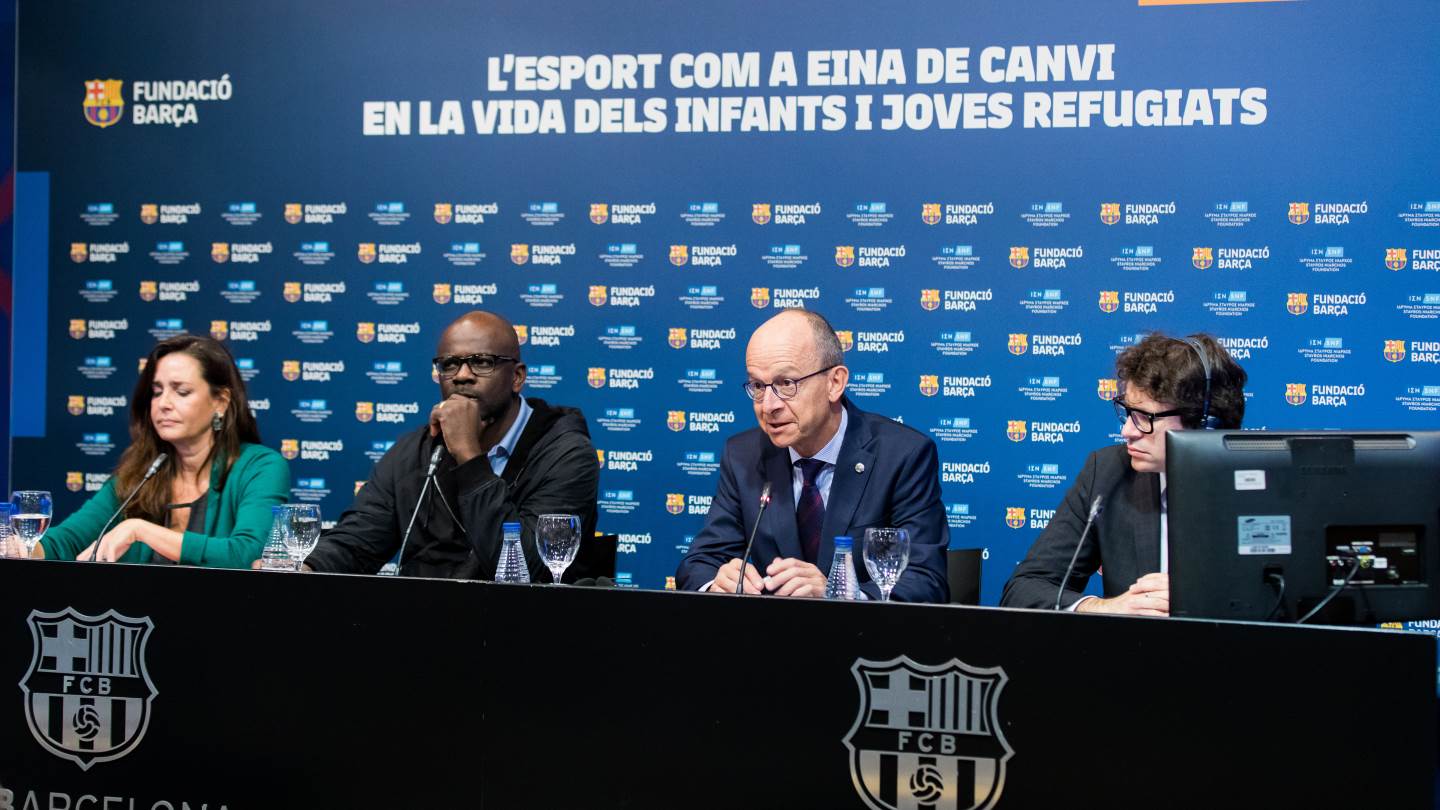 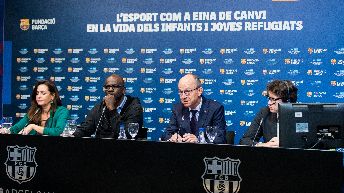 During its first year of action in refugee camps, schools and centres for unaccompanied minors in Greece, Lebanon and Italy, the Barça Foundation’s programme has enabled 14,000 refugee children to improve their emotional wellbeing, establish new friendships with boys and girls from other nationalities and the local community, improve their self-confidence, reduce aggressive behaviour and more.

These are some of the conclusions drawn in the evaluation report for the refugee programme that the Barça Foundation has commissioned, with the SNF’s support,  from Roots for Sustainability and B · Link, in order to find out the true impact on this group of beneficiaries. These consultancies have interviewed more than 800 boys and girls, participating in 19 different locations in Lebanon, Greece and Italy. (The total number of beneficiaries of the programme is more than 14,000: 3,226 from the programme funded by SNF and 10,800 through the Lebanese schools programme).

The regularity of attendance from the participants is an excellent indicator of the motivation of the young people and the success of the programme, with an average implementation of 72 annual sessions per child (two weekly sessions of two hours in duration). The specific dynamics of the methodology contribute to neutralising cultural stereotypes and encouraging intercultural dialogue.

The Barça Foundation programmes aim to strengthen and provide tools for children and adolescents, to prevent and resolve conflicts and promote social inclusion and integration. Sports and leisure provides a platform to normalise the lives of children who are in difficult situations. It also allows physical and mental health support, helps in trauma mitigation and promotes integration and social relationships for better emotional wellbeing. The FutbolNet methodology is used to work on self-confidence, trauma mitigation, respect and conflict management, using dialogue as the main tool. The programme includes refugee children and adolescents and the local community that welcomes them, in order to promote integration.

One of the worst humanitarian crises of our time

There are currently more than 68 million people who have been forced to flee their homes due to wars and conflicts, and half of them are minors. The Syrian war has resulted in one of the worst humanitarian crises of our time, with 6.3 million people forced to leave their countries. At least one million Syrian refugees have sought security and shelter in Lebanon, a country with 4.4 million inhabitants. The Bekaa Valley region, close to the Syrian border, currently houses 350,000 refugees in various informal camps. Other crises, like those in the Southern Sudan and in Afghanistan, have also forced millions of people to flee. Many families have sought refuge in Europe, and the Mediterranean Sea has seen tragedies and survival stories.

The proportion of unaccompanied minors (MENA) that have arrived in Europe increased by 31% in 2017, and in Italy alone some 86% of the children arriving are MENA.

In this context, children and young people are the most vulnerable members of the population. Many of them have experienced traumatic situations, they have lost their social support networks and their education has been interrupted.

At just 15 years old, Mamadou left his small town in eastern Mali with only the clothes he was wearing and some money he had managed to save. He left his parents’ house without warning anyone, without saying goodbye, to look for a better future in Europe. The long months he spent on his way to the continent were the toughest of his life. Hiding in bushes, he was very scared that his trip would be brought to an end at any border.

Mamadou has ended up living in a module for unaccompanied minors in Mória, the largest of the refugee camps on the Greek island of Lesbos. "FutbolNet has offered me the opportunity to continue playing football. But, above all, it has helped me to look again at things, and communicate in a different way."

Main conclusions of the report

• Regular participation in FutbolNet methodology sessions is usually translated into more serene and respectful relationships. Conflictive situations are reduced after one or two months of exposure to the program. In short, the attitudes of the children, girls and young people are more respectful and tolerant.

• The evaluation highlights: "100% of boys and girls are satisfied with the programme. The boys and girls point out that it is the only activity of the day they look forward to doing."

• 45.3% of boys and girls have reduced their feeling of fear.

• FutbolNet gives an opportunity to meet new friends and connect with them in a very special way. This methodology makes it easier for friendship to go beyond the programme.

• 58.2% of children interviewed have increased their socialisation.

• The indicators involving socialisation, self-esteem and autonomy improve notably during the first phases of the programme (first 25 sessions), and it is particularly evident among the unaccompanied minors (MENA) interviewed.

Since June 2017, the Barça Foundation -with the support of the Stavros Niarchos Foundation- has implemented a sports education programme based on the FutbolNet methodology. The purpose of the programme is to improve the lives of children and refugees, and it is aimed at children and young people in communities and centres with a large refugee proportion in Greece, Italy and Lebanon. With the recent extension of the SNF grant to support programs in Catalonia, the SNF’s commitment has reached almost €6 million.

The effects of sport can be of great importance for children and young people. While they play, children explore, discover and grow. At the same time, they develop social skills, learn to express their emotions and gain confidence in their own abilities.