A very moving groundbreaking event for the Pediatric Cancer Center 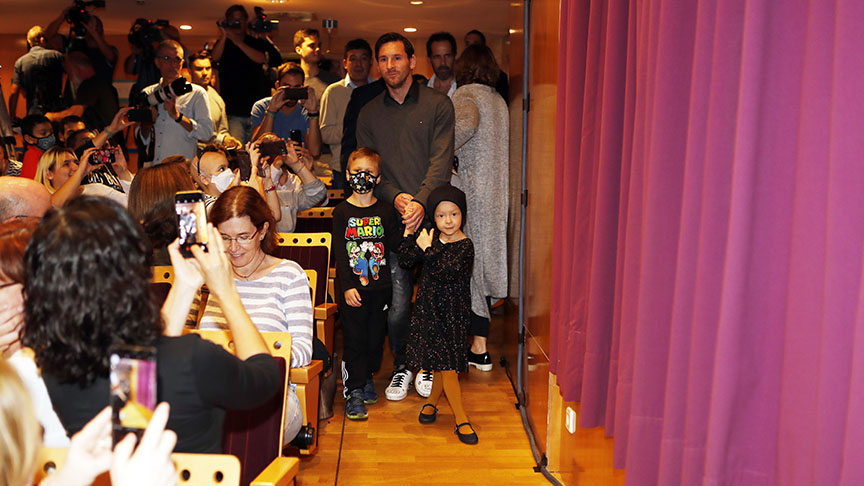 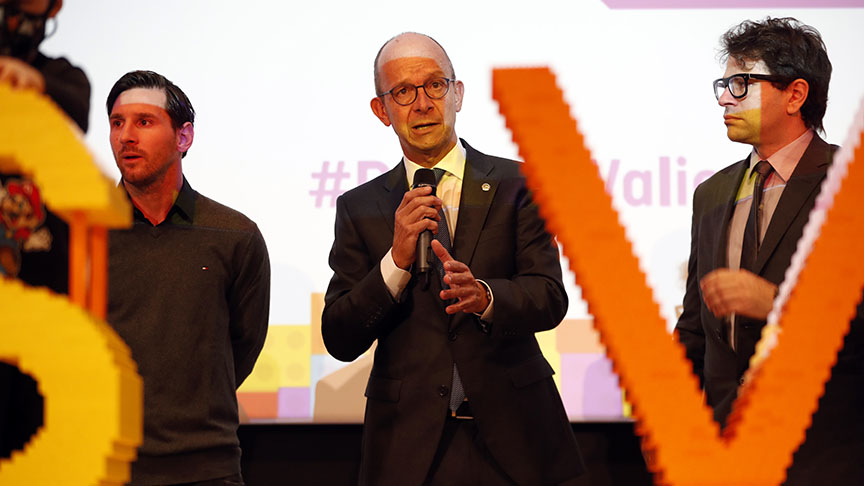 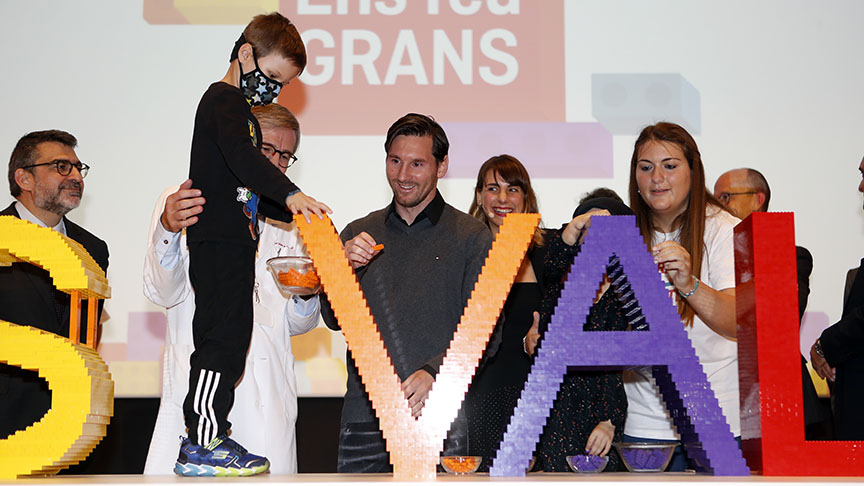 Jordi Cardoner, first vice-president of the Barça Foundation, and Leo Messi, captain of the FC Barcelona football team, attended an institutional event today to lay the first stone of the SJD Pediatric Cancer Center Barcelona in the Education Building at the Hospital Sant Joan de Déu. The ceremony also featured private donors, companies and various entities that had spent the morning building a sculpture out of 100,000 pieces of Lego, spelling out the words “Para los valientes” (For the Brave) that will stand in the new center's lobby when it is finished.

A surprise during the event came when Mr. Cardoner announced that the Leo Messi Foundation and the Stavros Niarchos Foundation (SNF) had donated the remaining 2.6 million euros needed to reach the required 30 million construction costs for the SJD Pediatric Cancer Center Barcelona. The announcement, made in conjunction with SNF director general Panos Papoulias and Messi himself, drew applause and tears from many of those present.

Barça Foundation involved from the start

The Barça Foundation has participated in the campaign to build the Pediatric SJD right from the start, participating in raising money and publicising the initiative as well as holding Legends games between Barça and Manchester United with proceeds going to the project.

The Stavros Niarchos Foundation has collaborated with the Barça Foundation for over a year on a refugee programme, and from there the #ParaLosValientes initiative came to prominence. The SNF made a first donation of 5 million euros. This was added to by the contribution made with the Leo Messi Foundation today, to reach the required 30 million.

The new center will become a reality thanks to the thousands of donations received from the general public. It would not have been possible without the contributions made by the ten founding donors of the project that, besides providing important financial support, also form an advisory board that will oversee its development. These founding donors are the Barça Foundation, the Leo Messi Foundation, Mª Ángeles Recolons, Stavros Niarchos Foundation, La Caixa Bank Foundation, Andbank, Esteve, Fundació Nou Mil·len, Simm Medical Image Groupand a tenth donor that has preferred to remain anonymous.