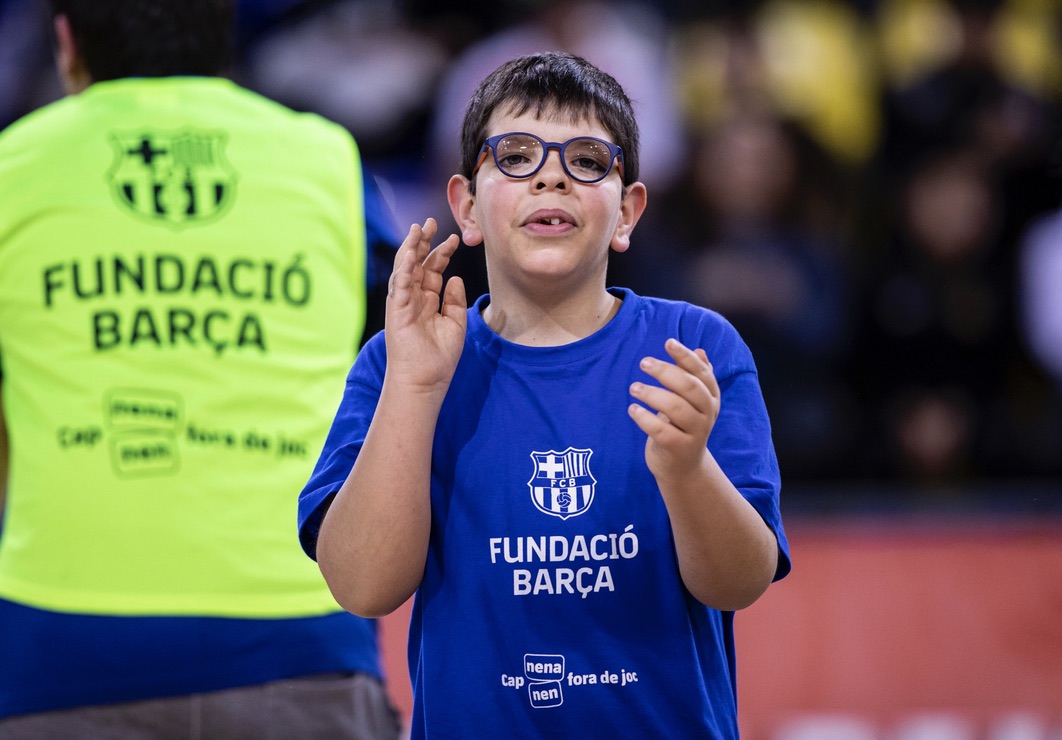 "Thanks to his colleagues, he has forged a new path”

In April of 2015, the FutbolNet methodology was adapted to create a sports initiation group for children and young people with disabilities, aimed at promoting sport as a way to improve and develop their abilities. Xavi is 8 years old and goes to an inclusive school. Due to his illness, his body is a little swollen, his muscle tone rigid and he gets far more fatigued by any physical activity than other children his age. However, all this gets put aside when he moves on the pitch.

Xavi started playing at FutbolNet two days a week, but had to slow down due to the accumulated tiredness, and a lack of concentration. Since then, he only participates on Thursdays, but according to his coaches and teachers he spends the week eagerly waiting for the day in which he plays with his friends to come around.

His doctor has told the family that practicing sports has led to a marked improvement on a motor skills level.

Today Xavi is a fundamental part of the group. The most surprising thing about his story is that, thanks to his attitude and especially due to the palpable affection of his teammates, he has set off on a new path. Maintaining a smooth conversation with Xavi isn’t easy, but his emotional ability is so intense that it is impossible not to empathize with him. His character and the feeling of being loved has had such an influence that his future is not which appeared predestined for him. He is an example of vitality, of positivity and of strength.

His doctor has told the family that practicing sports has led to a marked improvement on a motor skills level. It has also given him new reasons to laugh, and to feel loved.