The Barça Foundation, working to promote the integration and emotional wellbeing of more than 24,000 young refugees 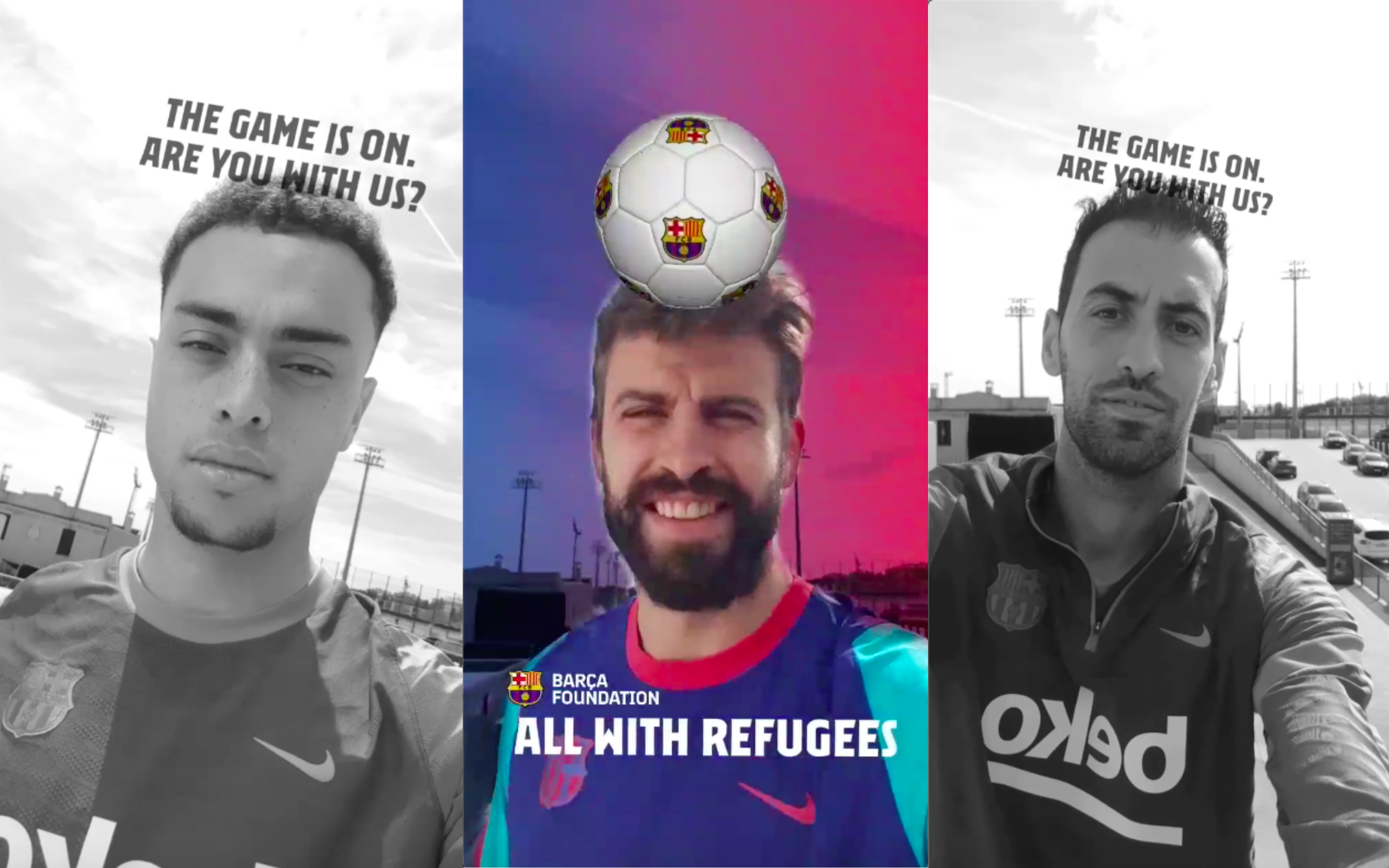 First-team players take to the pitch ahead of their La Liga match in shirts featuring the 'All with Refugees' slogan, in support of the social-media campaign being launched by the Foundation.

Sunday 20 June is World Refugee Day and the Barça Foundation is marking the occasion by launching a campaign to raise awareness of the plight of refugees under the slogan 'All with Refugees'. As a result, the players of FC Barcelona's women's first team will wear shirts promoting the campaign’s message as they head out onto the pitch for their La Liga match against Real Sociedad.

Anyone who would like to support the initiative can also get involved by using a specially designed Instagram filter, which is available to download as of today from the Barça Foundation’s Instagram account. Many of the young beneficiaries of the Barça Foundation's Refugees and Migrants programme run at the refugee camps and settlements in Greece and Lebanon will be getting involved over the coming days.

Barça’s own Gerard Piqué, Sergio Busquets, Serginho Dest and Aitana Bonmatí have been among the first to use the filters in their videos, hoping to prompt as many people as possible to support the campaign. 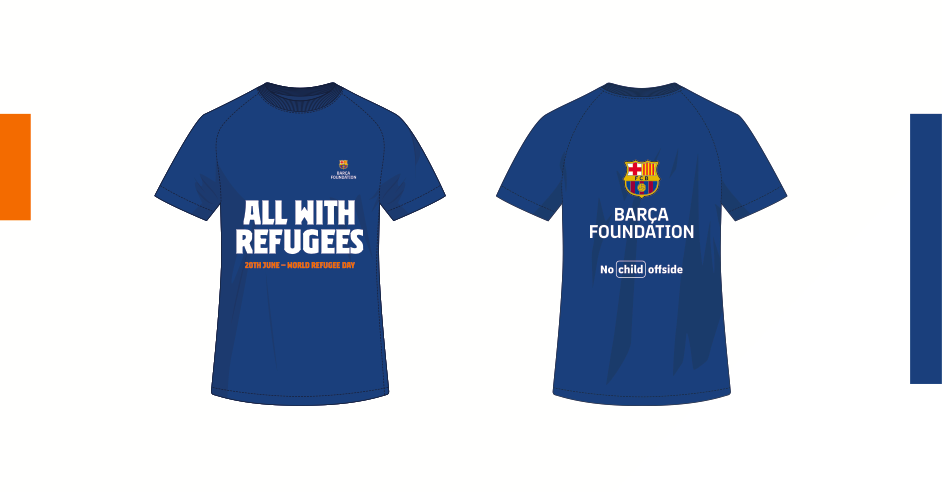 More than 24,000 children and young people have had the opportunity to take part in the programmes that the Barça Foundation has been running in the refugee camps in Greece, Lebanon and Italy over the past three years. A total of 500 unaccompanied minors have also benefitted from getting involved in the activities promoted by the entity in schools and centres for unaccompanied minors around Catalonia.

The programmes aim to improve the emotional wellbeing of refugee children, to encourage their integration with other young people of different nationalities and ethnic groups or from the local community. According to the results of the programme evaluation report conducted at the end of last year, these programmes effectively serve to reduce aggressive behaviour and improve interpersonal relationships.

This programme, that works to support young refugees through sport, is implemented in a variety of different contexts: refugee camps (Skaramagas, Eleonas, Lesbos and Moria in Greece); inner-city schools (Athens); municipalities (nine municipalities in the Bekaa region of Lebanon) and reception centres for unaccompanied minors (Sicily, Calabria and Catalonia).

According to the latest figures published by the United Nations Refugee Agency (UNHCR), there are currently 79.5 million displaced people and refugees in the world, of whom more than 25 million live as refugees in other countries. Half of these refugees are children who have been forced to leave their homes due to conflict, violence and persecution.

Children and young people are particularly vulnerable in this extremely challenging context, with an absence of specific measures to facilitate their protection and shelter leaving them exposed to serious violations of their rights.

The Barça Foundation’s custom-designed FutbolNet methodology aims to support children and adolescents, providing them with the tools to prevent and resolve conflicts, while promoting social inclusion and integration. The sports and recreation arena provides a platform which serves to restore some sense of normality to the lives of children living in unfamiliar and challenging circumstances. It also supports physical and mental health, helps mitigate the effects of trauma and promotes integration and social inclusion for better emotional wellbeing.

The Barça Foundation has been running this programme with the support of the Stavros Niarchos Foundation since 2017.