Four young adults from the Young Offender Institution visit the Barça Museum and the Palau Blaugrana as part of the One Team programme, a Euroleague Basketball social project 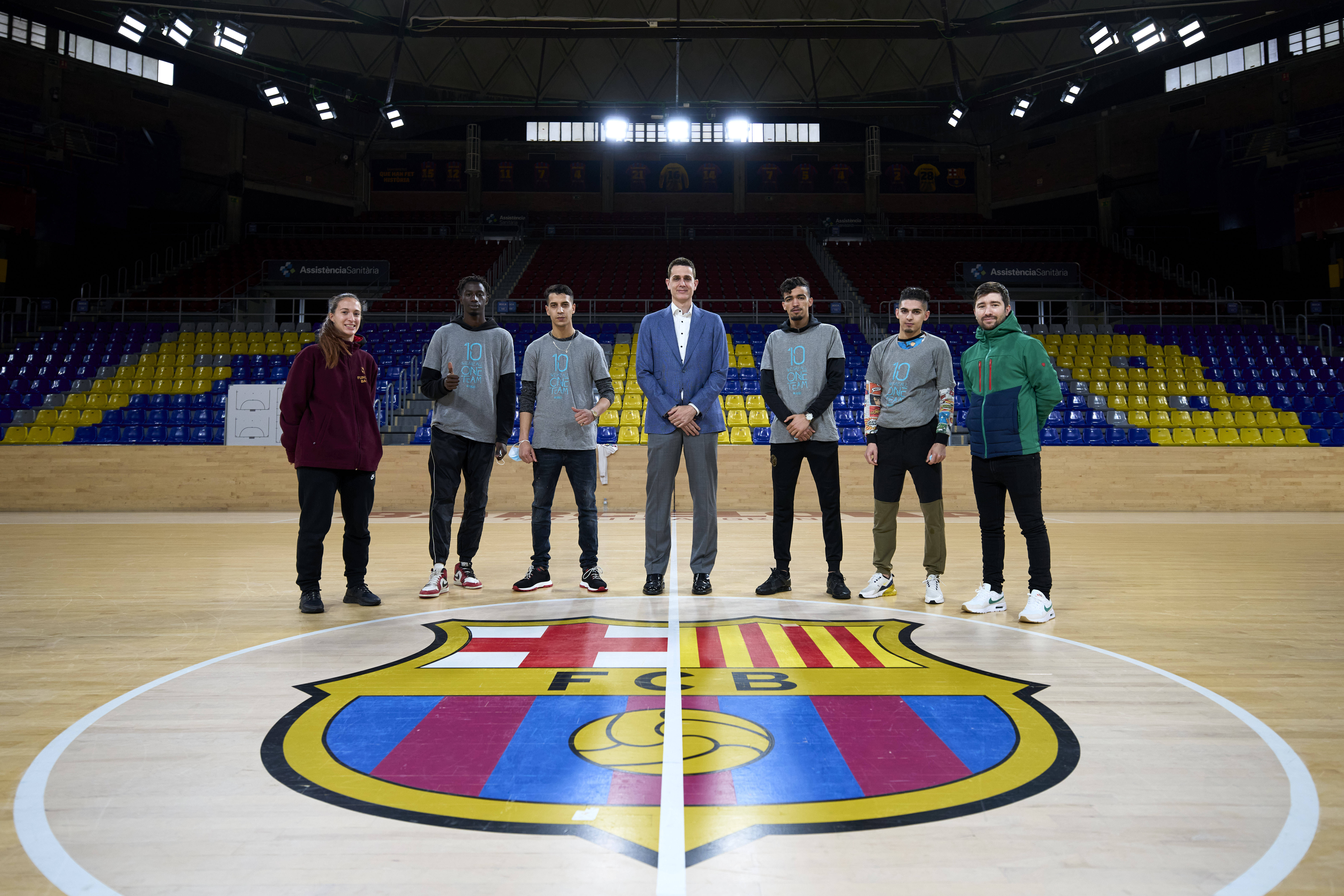 The inmates were welcomed by Rodrigo de la Fuente, a former Barça player and one of the project’s ambassadors

Four young adults from the Young Offender Institution visited the Barça facilities and museum on Wednesday 23 March as part of an initiative carried out by the One Team social project implemented by the Barça Foundation, in coordination with Euroleague Basketball. The young interns were welcomed by Rodrigo de la Fuente, former Barça captain and player between 1997 and 2007 and a member of the project's team of ambassadors.

One Team is a social programme created by the Euroleague. At Barça, the project is implemented by the Barça Foundation and takes place weekly in the Young Offender Institution of Catalonia. The initiative uses basketball as a tool for personal and community growth in order to aid the social reintegration of the group of young beneficiaries.

During the two-hour weekly sessions, the Barça Foundation's social worker carries out various activities with the interns, using basketball as an integrating and inclusive tool that promotes values to help each individual work on their social and personal dimensions. These values are teamwork; trust and empathy; cooperation and self-esteem.

Within the actions planned as part of the project, on 6 April the full team of ambassadors for the programme (the two members of the first basketball team Nigel Hayes and Sergi Martínez, the women's team player Magatte Niang, and the ex-player and former captain Rodrigo de la Fuente) will visit the Young Offender Institution and share a session with the participants.