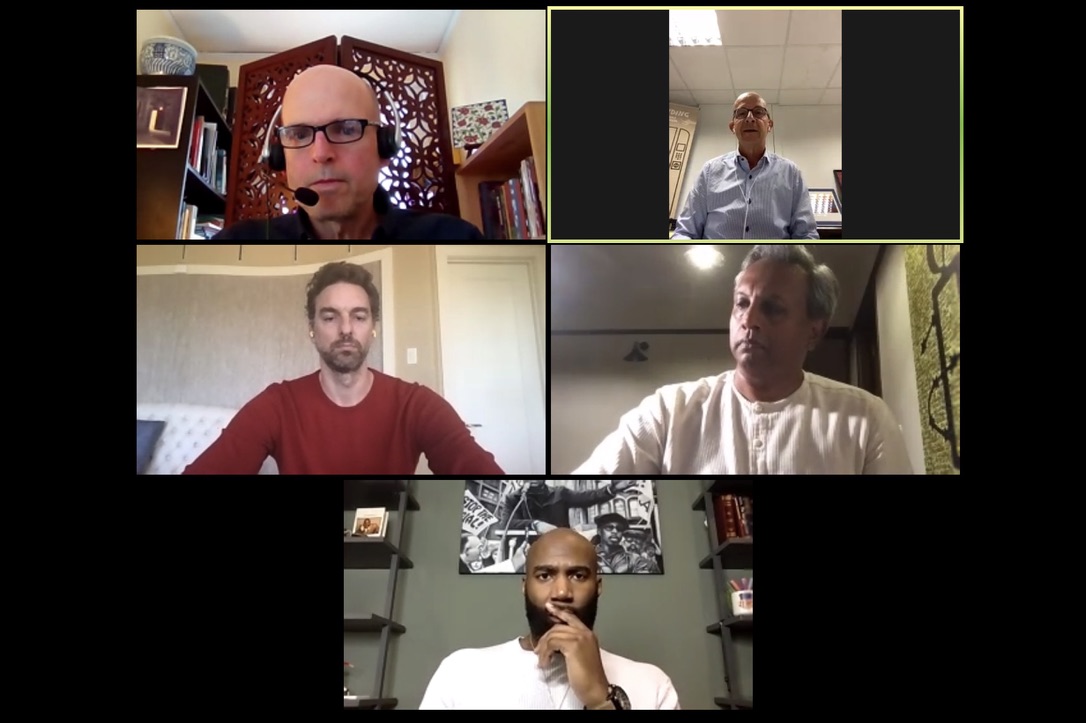 Jordi Cardoner, first vice president of FC Barcelona and the Barça Foundation took part yesterday in a videoconference organised by Harvard University, and spoke about the Club's exceptional proposal to offer the Camp Nou title rights for the 2020-21 season to the Barça Foundation, so that they can be used entirely to fund research and the fight against the effects of Covid-19. The session was chaired by Stephen Ortega, Head of Global Sports Initiative at Harvard, and also featured NBA player and FC Barcelona's strategic advisor and global ambassador in the United States, Pau Gasol, the former Secretary General of Amnesty International, Salil Shetty; and the American football player, co-founder of the Players Coalition organization and who also gives his name to a foundation, Malcolm Jenkins.

The videoconference, titled Sports at the time of Covid-19 involved each of the participants, Jordi Cardoner included, weighting on how the pandemic has affected the world's population in a similar manner and looked in depth at the different projects to do something positive in such an exceptional situation and the important role that sport plays in these by transmitting a message of solidarity throughout the world.

In his speech, Jordi Cardoner explained what it is that makes Barça 'More than a Club' and the commitment to society that is such an important part of its identity, and how the proposal to offer the title rights is so in line with its historical sense of commitment. Such a ground-breaking proposal has already aroused the interest of several corporations who share the same spirit of solidarity that is so essential in order to face up to a planetary crisis like the one we are experiencing. The first vice president also highlighted the support received from different partners, companies and organizations, such as Taiping Life Insurance, Beko, Nike, Tencent Foundation, Mission Hills and the Stavros Niarchos Foundation, who have contributed via FC Barcelona to alleviating the effects of the pandemic by making significant donations of medical material and equipment.

For his part, Pau Gasol called for responsibility and the need to send the right message to everyone and, especially, to children. Gasol spoke of sport as a role model, and as a pillar of society that makes initiatives such as that of FC Barcelona so important. Athletes, he says, have enormous social impact, and exert a huge influence on the younger members of the population. Jordi Cardoner also highlighted how the club has been leading the way in the digital realm throughout the pandemic, being the highest ranked Club on social networks, thanks to the support received from the millions of followers spread across the planet, generating a record figure of 178 million interactions.

Statement by Jordi Cardoner, first vice president of the Club and of the Barça Foundation

“This is part of our commitment as well with the society, when we say that Barça is ‘More than a Club’ and are part our its identity and we consider it essential that in these times the Club's assets should be used to combat this extraordinary situation that we live all together. And this was an opportunity as well to bring back to the society and we are proud about of this possibility”.

"The Club has done a big job with its partners in the fight against Covid-19, through donations of material and equipment. With the support of Taiping Life Insurance, Beko, Nike, Tencent Foundation and Mission Hills, we have been able to donate 328,000 masks for civil and medical use, 15,000 personal protective equipment (PPE) and 9,500 glasses”.

"It is a global problem, we are not the only ones affected. Our best and strongest asset is our people around the world, 350,000 million people supporting us and this is really incredible. Barça has been the leading Club on social networks during the Covid-19 crisis. During this crisis period, the club generated 178 million interactions, ahead of all our competitors”.

Statement by Pau Gasol, strategic advisor and global ambassador for FC Barcelona in the United States

"Sport is one of the main pillars of societies so let’s utilize that in order to have this great leadership and direction that is needed right now more than ever. We have an example of this at FC Barcelona, with the initiative of donating by naming rights to the fight of Covid-19. And that could be applied to every club, every sport ..., athletes are role models in societies and kids listen to what athletes said more than they listen to their parents. Let’s utilize that in a time of need like this one in order to send the right message, in order to unite and bring the best out of people”.