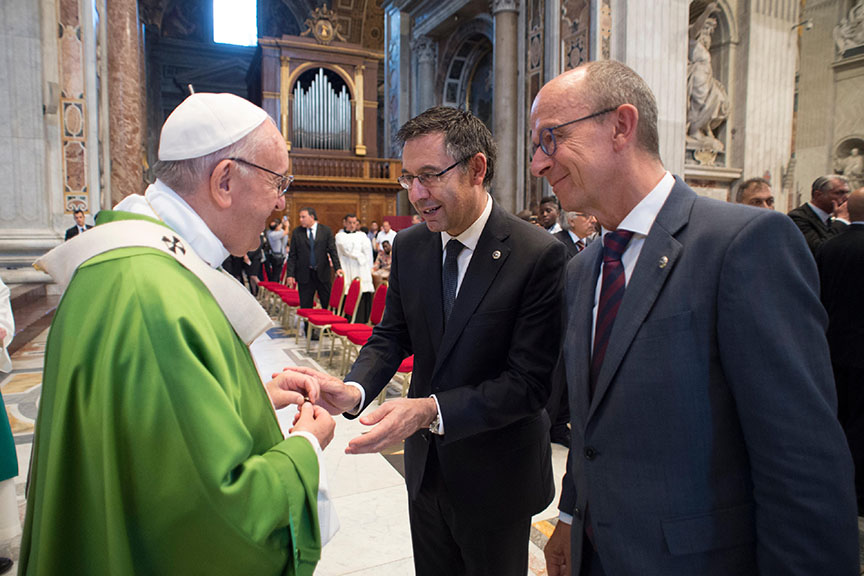 Five years after the Lampedusa disaster, where more than 350 refugees died when their boat sank off the coast of southern Sicily, Pope Francis has given a private mass attended by 200 refugees and seventy special guests, including the president of FC Barcelona and its Foundation, Josep Maria Bartomeu, together with first vice-president Jordi Cardoner.

At the mass held at St. Peter’s Basilica in the Vatican, the His Holiness spoke in memory of the victims of the tragedy happened on 3 October 2013, most of whom were from Eritrea and Somalia, and gave prayers for their souls.

The FC Barcelona directors were invited in gratitude for the Foundation’s programme in support of refugees and especially the club’s collaboration with the Pro Activa Open Arms, which was represented at this mass by a delegation led by its founder and leader, Oscar Camps.