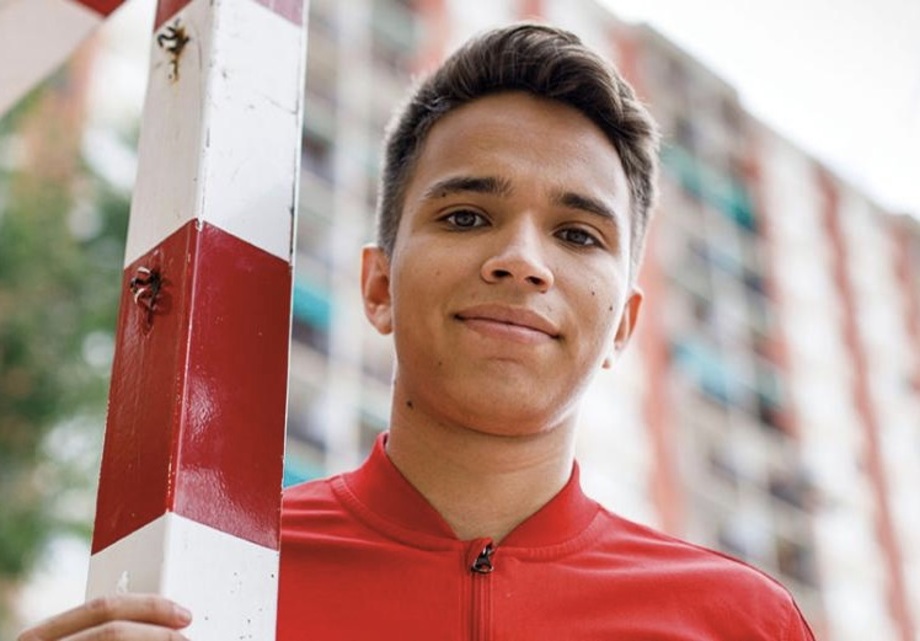 "Playing sport has given me a new family, and a place where I can be listened to.”

Alex Fonseca started participating in FutbolNet four years ago, when he had just arrived in Catalonia. He is now 18 years old and shows great care and consideration for others.

His adaptation was difficult, as his mother stayed behind in Venezuela. His childhood and part of his adolescent life had seen him form a close bond with his maternal figure. He still finds it hard to talk about those tough times, but thanks to his coaches and the team around him, he has found a place where he is listened to.

"Alex is one of the participants most involved in the project, as he decided to stay on as a mediator after his graduation."

Alex never behaved disruptively, but he felt very lonely. At FutbolNet he was able to play the sport that he liked the most. He found a new family and new friends. Alex is one of the participants most involved in the project, as he decided to stay on as a mediator after his graduation.

The education team value his work at FutbolNet very highly. He is very responsible and takes his position as a reference for others very seriously. He is studying Humanities and wishes to dedicate his future to professions that put him to the test physically in order to help others, as he believes in his personal qualities of tenacity, consistency and empathy. FutbolNet has offered him the space he needed to relate to people in a positive way, learn more about himself and express himself in difficult moments while enjoying sport.

18 June 2021 The Barça Foundation, working to promote the integration and emotional wellbeing of more than 24,000 young refugees