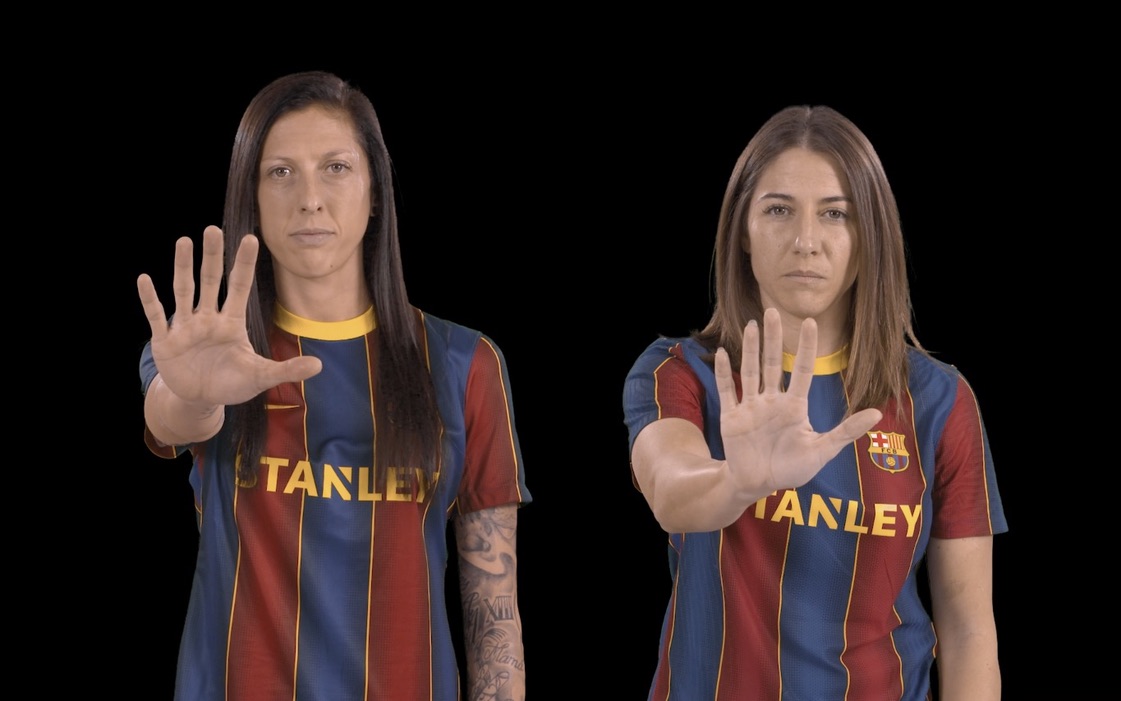 Barça Women players Vicky Losada, Jenni Hermoso and Gio Queroz are taking part in a campaign which aims to speed up the approval of the Drafted Organic Law for the comprehensive protection of children and adolescents against violence.

The players give a series of messages to raise public awareness through concerning data, including that between 70 and 85% of boys and girls know their abusers, and most are people they trust; more than 25% of children in Spain have been victims of some form of abuse by their carers, and that a third of victims of sexual violence would never tell anyone, including in the field of sport.

This video is part of the #StopViolenciaInfantil campaign launched by the Barça Foundation on social media, to demand the approval of this bill by Congress. It is a collaboration with four prominent social organisations that have been working for years to bring in new legislations that will protect children throughout Spain. These entities are: The ACIM, TIAC, PIN Cat and the FAPMI.

According to Save The Children, before the Covid-19 pandemic more than 25% of children were victims of abuse in their homes. The ANAR Foundation points out that, in the current context, sexual assaults have increased to 24 cases per day.

Comprehensive Protection for Children and Adolescents.

In 2010, the United Nations Committee for Child Rights recommended that Spain pass a law to protect children from all forms of violence. More than a decade later, this has not yet been approved. For this reason, the Barça Foundation asks the population to spread awareness of this campaign on social media, sharing the hashtag #StopViolenciaInfantil.

The proposal for the new regulations aims to guarantee the rights of children and adolescents to physical, mental and moral integrity in the face of any form of violence, establishing comprehensive protection measures, including awareness, prevention, detection, protection and reparations.

Among other points, it involves modifying the prescription of child sexual abuse offenses, having child protection delegates present in organisations (including sports), as well as action protocols and specific training.

Since the 2017/18 season, FC Barcelona have had a child protection policy that has involved a delegate for protection, training of its sports coaching staff in matters of prevention of violence against children, and the definition and implementation of a code of conduct for professionals working with minors.

"We must not forget that, according to the United Nations, in addition to the suffering caused by sexual violence to the victims, all these cases of abuse have subsequent consequences. Thus, for example, boys and girls who have four or more violent experiences during their childhood are seven times more likely to be involved in violent acts, either as victims or as perpetrators, when they are adults. They are also thirty times more likely to commit suicide.

“One of the main objectives of the Barça Foundation is to protect children and young people from any form of violence through the implementation of programmes. For this reason, we are firmly committed to raising awareness and contributing, through platform of such an important football club, to resolving this problem.”