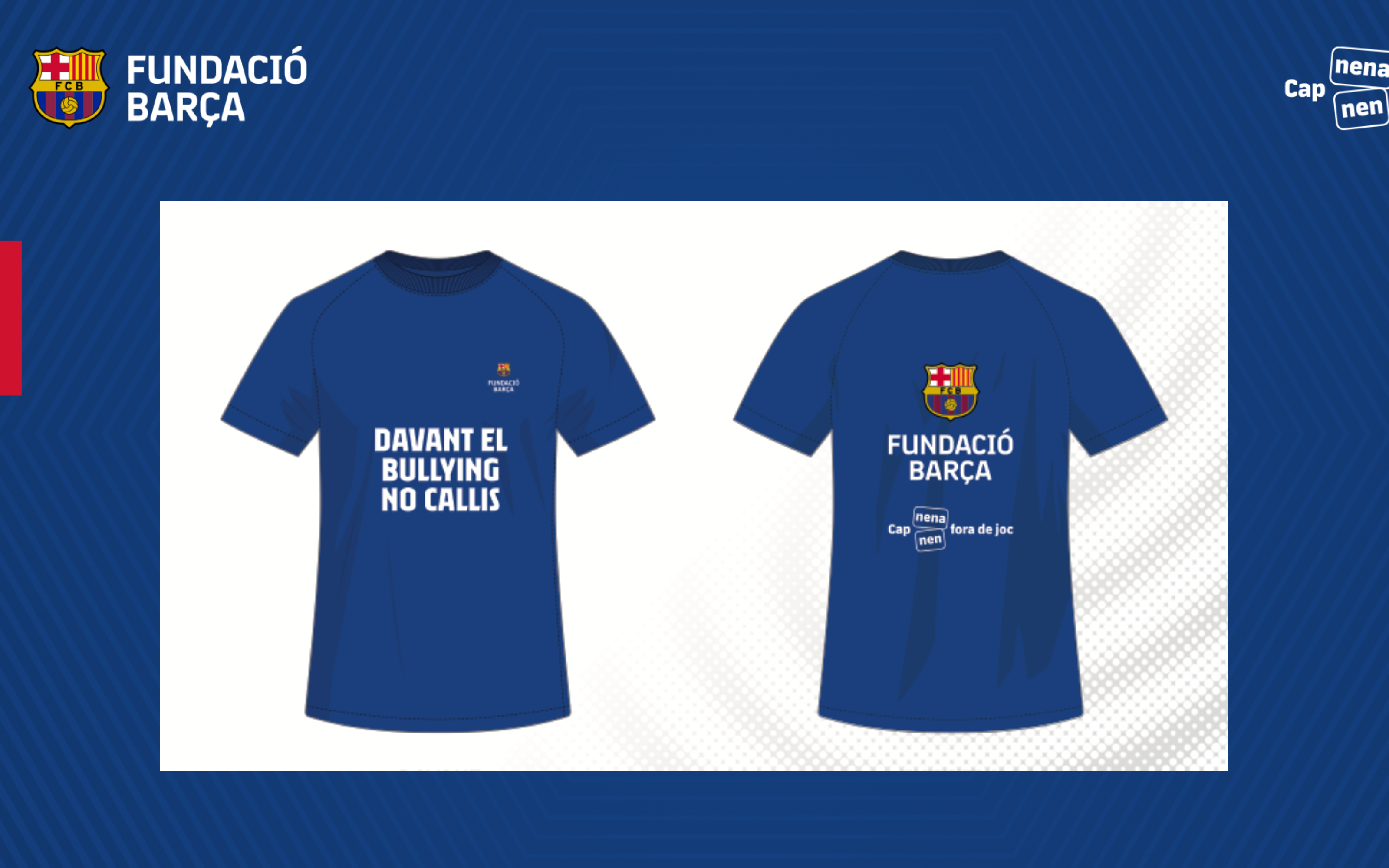 This Sunday 2 May and on the occasion of World Bullying Day, the first team will be showing their support for the Barça Foundation’s own bullying prevention and awareness campaign. Before the start of the game against Valencia CF, the Barça players will be going out onto the pitch wearing a Foundation shirt printed with the words in Catalan "Davant el bullying no callis" (Speak out against bullying).

The Barça Foundation released a video this week featuring the women’s team captain Vicky Losada to raise awareness of the issue and promote the club’s prevention programme that’s being run for free at different primary schools and sports clubs in Catalonia, and which has already reached out to over 160,000 children around the country.

The documentary will be shown on Barça TV on the Sunday of the game at 2.45pm CEST and 6.15pm CEST. Losada is joined by various specialists, head teachers, coaches and others in a piece that explains the extent of the problem and encourages its prevention in the region using the programmes and resources that the Barça Foundation offers to both the education and sporting communities.

The documentary includes eyewitness accounts from two victims of bullying, Sandra and Albert, who tell viewers what they endured and the after-effects that such violence can have on people’s lives. There are also appearances from Juan Calmaestra, doctor of psychology and education at the University of Cordoba, and Silvana Ballbè, headmistress of Escola Roureda.