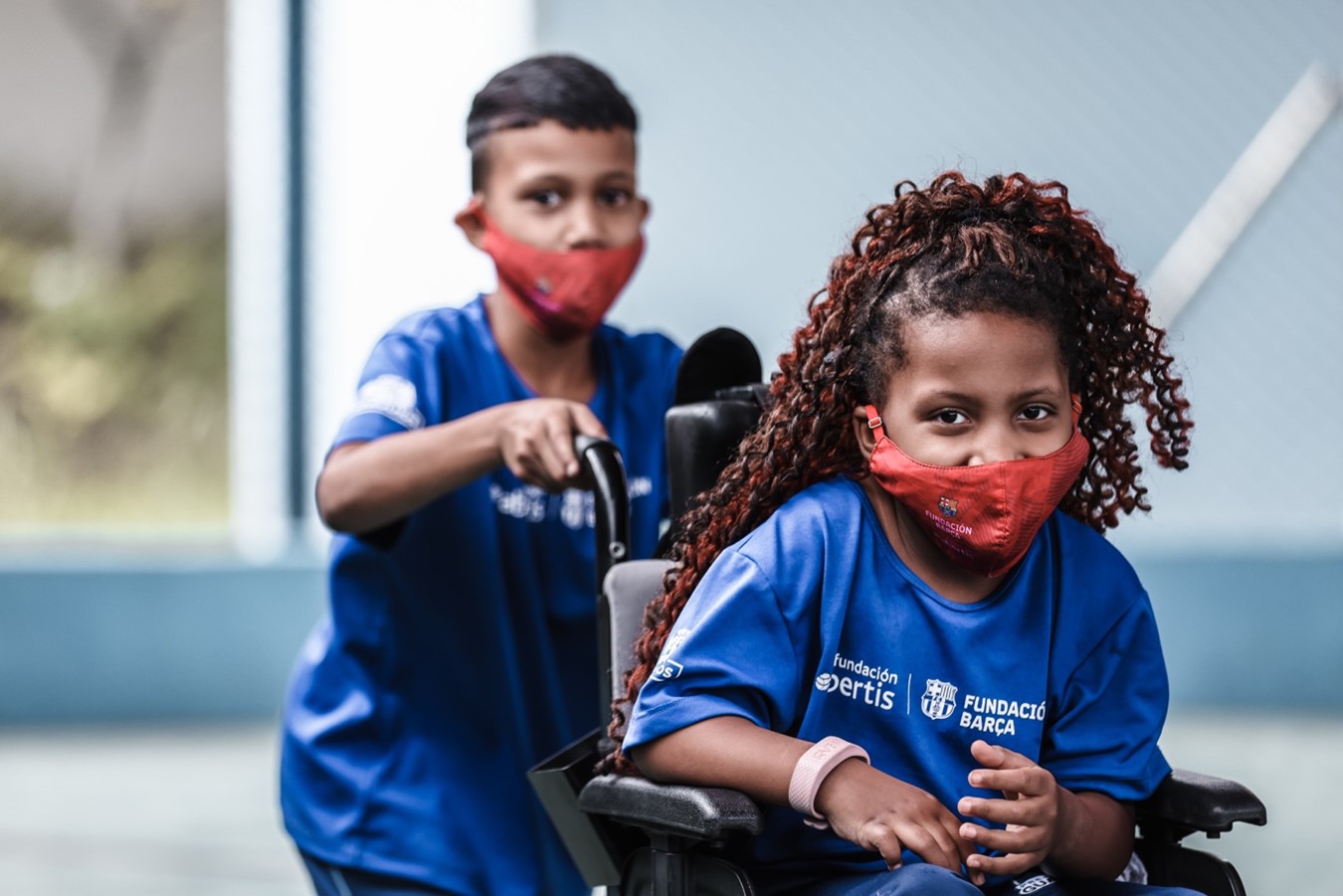 Over 180 minors from the city of Guarulhos (Sao Paulo) participate regularly in the social inclusion project of the Foundation FC Barcelona and Foundation Abertis.

The primary objective of the project of the Foundation FC Barcelona and Foundation Abertis, in colaboration with Arteris, in the town of Guarulhos (Sao Paolo) is the inclusion of minors with functional diversity through sports and physical activity in mixed groups of boys and girls with and without disability. Furthermore, it enables sports initiation to a group that generally has difficulties to access this type of resources, offering extracurricular activities at the same schools where the participants study.

The Project is developed in four public schools of the municipal network of Guarulhos, near Rodovia Fernão Dias, a infrastructure managed by Arteris, a Brazilian branch of Abertis. It has 181 participants, including 129 boys (70%) and 52 girls (30%). Forty-four of these participants have some disability. Social inclusion is managed in children with functional diversity and the aim is that participants with no functional diversity achieve tools to be able to play with others. Twenty educators have also been trained with the Foundation methods.

To know more about the project,a video has been produced that shows, through the story of one of the beneficiaries, Jhennifer, the impact it has in her and in the participating children. You can see the video following this link

Lack of opportunities and social stigma

The main problems affecting children and young people with disabilities in environments such as that of Guarulhos are: the lack of educational and leisure opportunities out of formal education, the stigma against people with some type of physical disability, the limited resources, the lack of inclusive areas for engaging in sporting activities or deficiencies in them (architectural barriers), in addition to the contextual issues that affect all children.

The programme of the Foundation Barça and the Foundation Abertis works to fight against the stigmas that affect people with functional diversity and promotes their social inclusion through sports practice. In addition, it performs free sports activities adapted to their situation.

The Foundation Abertis promotes a Road Safety Programme in collaboration with other entities for the purpose of informing and raising awareness among the population, in particular minors and senior drivers, on the need for safe, responsible mobility.

In Brazil, the Foundation FC Barcelona has developed for over 10 years projects based on sport and on the transmission of life skills to minors in vulnerable city environments. The main objectives include fighting against the different forms of social exclusion.

The Diversity programme is currently ongoing in Japan, the United States, Catalonia and now in Brazil, together with the Foundation Abertis.