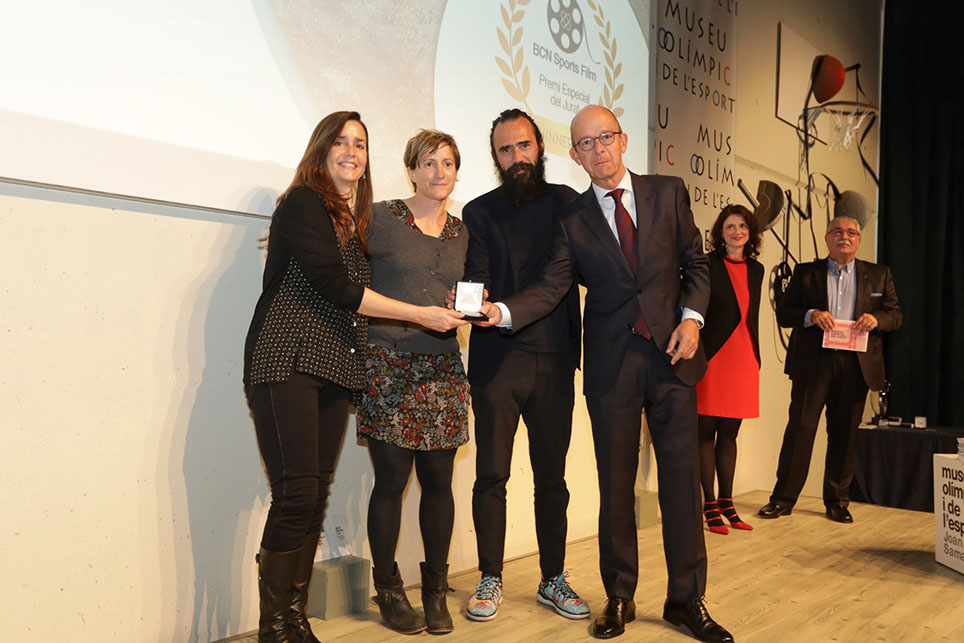 The BCN Sports Film Festival has given the Best Documentary prize to the "A Game Called Hope", about the Barça Foundation. The film was directed by the publicist Jorge Martínez, and shows how the Barça Foundation, through its FutbolNet methodology, manages to change the life of boys and girls who are living through violence, discrimination, and poverty by using sport as a tool for social transformation. The film shows five representative examples of the more than one million children from around the world who benefit from the Barça Foundation. They all have something in common: they are people, who aside from benefitting from the Foundation’s programmes, fight to overcome obstacles with an extraordinary spirit in the midst of complicated circumstances.

The documentary starts by establishing empathy and confidence amongst the protagonists and finishes with the overthrowing of stereotypes and of the barriers that contribute to a possible feeling of alienation and exclusion. The documentary takes a social journalism approach as it presents the benefactors with the objective of giving them the space to explain their reality in first person and without intermediaries. The main focus of the film is to provide communication and personal development resources to different groups at risk of exclusion, giving visibility to the problems and carrying out social transformation projects through sport. In this way, they manage to create a space of trust, which tackles the different situations from a humane and close perspective and makes the camera go from an object to a participatory subject.

Jordi Cardoner, First Vice President of FC Barcelona and the Barça Foundation, said during the prize giving: “The winning documentary was conceived as a social tool, as a means of expression, relaxation, and dialogue with the aim of building a better world between all of us.”

The ninth edition of the BCN Sports Film Festival has become a reference point in the world of cinema and audio-visual productions dedicated to sport, both nationally and internationally. The festival is proof of the importance of sport. 82 short films, features, and spots show the unifying and educational role of sport to the public. This Festival, promoted by the Barcelona Olympic Foundation, is supported by the International Federation of Cinema and Sport Television; and lots of other people, entities, and businesses who believe in it as a tool for the promotion of sports’ values. The other winners of the 9th edition of the BCN Sports Film Festival are: “Are you Volleyball?”, “L’homme le plus petit du monde”, “Candide Thovex Quatro 2”, “Viacruxis”, “Annapurna III unclimbed”, “Game”, “Into Twin Galaxies-a Greenland epic”, and “Dear Basketball”.