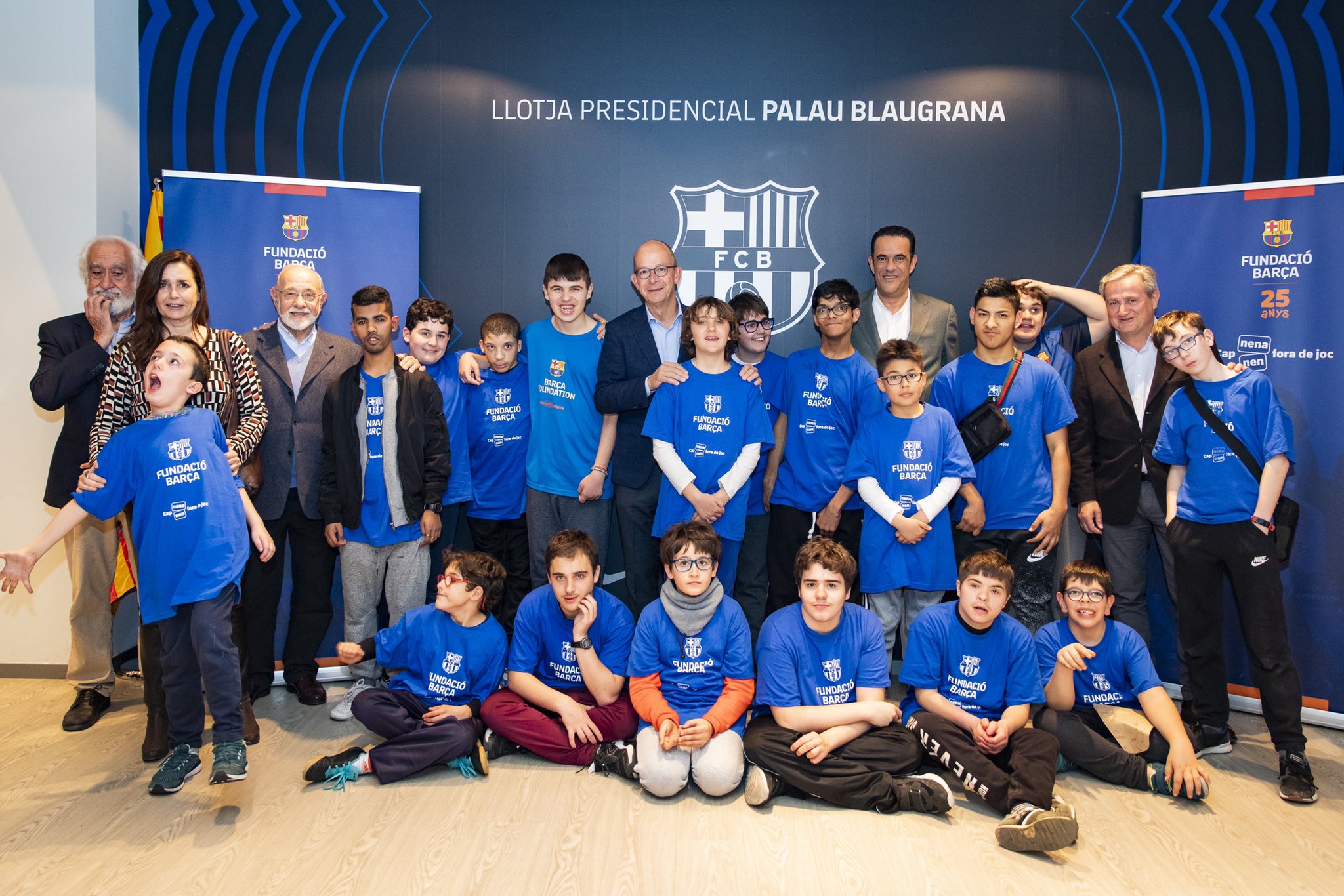 The proceeds from the charity game will go entirely to the project that the Barça Foundation has at a school in the Les Corts neighbourhood, as part of the 'For Diversity' program.

A charity futsal match between Barça and Corinthians was held today at the Palau Blaugrana, the proceeds from which will go entirely to a Barça Foundation project which aims to boost the  social inclusion of girls and boys through functional diversity.

The match, which has finished 4-2, has been held in a festive atmosphere. It should be noted that among the spectators there were a thousand participants from the Social Inclusion programs of the Barça Foundation all over Catalonia, which has collaborated with Provincial Councils, City Councils and Barcelona's City Council.

Visit from the futsal team to the program

On February 13, the futsal team players visited the Les Corts program and participated in a session there, together with regular beneficiaries. Players and participants enjoyed a very special and unique session.

The Barça Foundation's 'For Diversity' program aims to increase social integration through sport for children with different degrees of disability, using the FutbolNet methodology. The sessions are run two days a week, on Tuesdays and Thursdays, from 6pm to 8pm, at the Ausiàs March school in the Les Corts district.