The course begins for the Barça Genuine Foundation 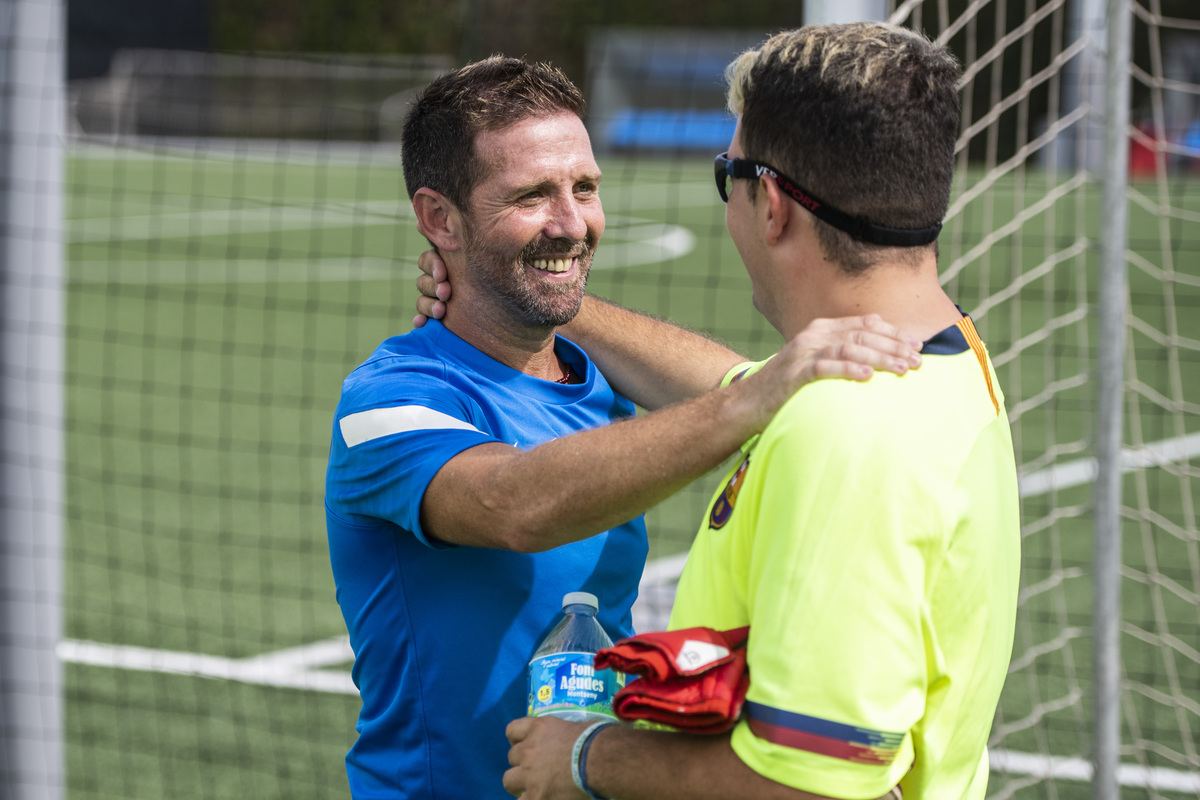 This season, the champion of the LaLiga Genuine 'Compañerismo' group will have a squad of 30 players and a goalkeeping coach

Coinciding with the start of the school year, the second season of the Barça Genuine Foundation team has also begun, which, on the afternoon of this Wednesday, September 7, trained at the Ciutat Esportiva Joan Gamper. After passing the pertinent check-ups at the Club's medical services, the Barça players with intellectual disabilities have reunited to return to work in a day full of smiles and hugs.

The debut season was very successful in sports, with the achievement of LaLiga Genuine in the 'Compañerismo' group, the DICUP tournament and The Original Challenge, and also in terms of the personal evolution of the 24 athletes (20 men and 4 women) who made up the Barça Genuine Foundation squad. In the course that has just started, the group will be expanded to 30 athletes, with a greater female presence. The other novelty will be the incorporation of a goalkeeping coach in the coaching staff, under the coordination of Jesús Unzué. The rest of the staff will not change: Sergi Mascarell, Josep Ferré, Emilio Gómez, Francesc Martínez, Beth Puigdesens and Tina González.

The Barça Genuine Foundation's pre-season will kick off on Sunday 18 September with an international friendly, at the Ciutat Esportiva Joan Gamper, against the English side Humble Club FC-Pan Disability.

“We have seen a lot of desire and a lot of happiness, for the return to training, in the players. The objective of this season is to improve the team's game from the community to, in this way, also improve relations in the group. It won't be easy to improve last year's attitude and commitment, because they were unbeatable”.