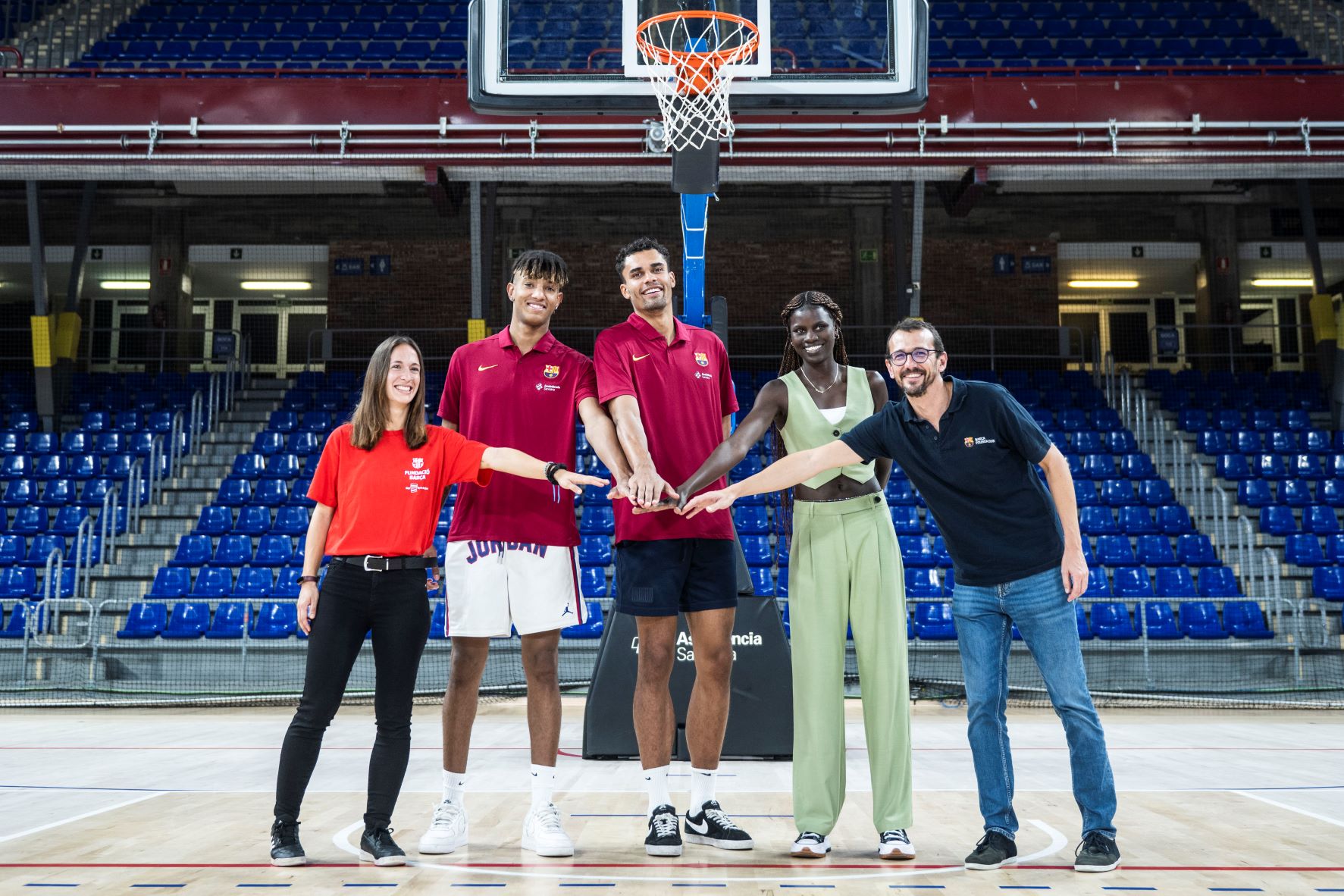 At the Palau Blaugrana last Thursday, the Euroleague joint social project was presented to the two new ambassadors of the first basketball team, Oscar da Silva and Michael Caicedo, together with the women’s team player, Magatte Niang, who has been an ambassador for four years. During the meeting, the social educator of the FC Barcelona Foundation, Marta Martorell, explained to the ambassadors the characteristics and methodology of this project, which aims to promote the reintegration of young inmates through the values of sport.

One Team is a social programme created by the Euroleague and in the case of Barça, it is implemented by the FC Barcelona Foundation.  The project takes place each week at the Catalan Youth Detention Centre, using basketball as a tool for personal and community growth to promote the social reintegration of the group of young beneficiaries.

During the two-hour weekly sessions, the Barça Foundation’s social educator conducts various activities with the inmates, using basketball as an integrating and inclusive tool that promotes values to help each individual work on their social and personal dimensions. These values are teamwork; trust and empathy; cooperation and self-esteem.

Several actions were carried out during the 2021/22 season, among which we can highlight the visit of four inmates to the FC Barcelona facilities and the visit by the two first team players with the section’s ambassador, Audie Norrie, to the Detention Centre to share a session with the inmates.