The Barça Genuine Foundation will present the treble win to culers 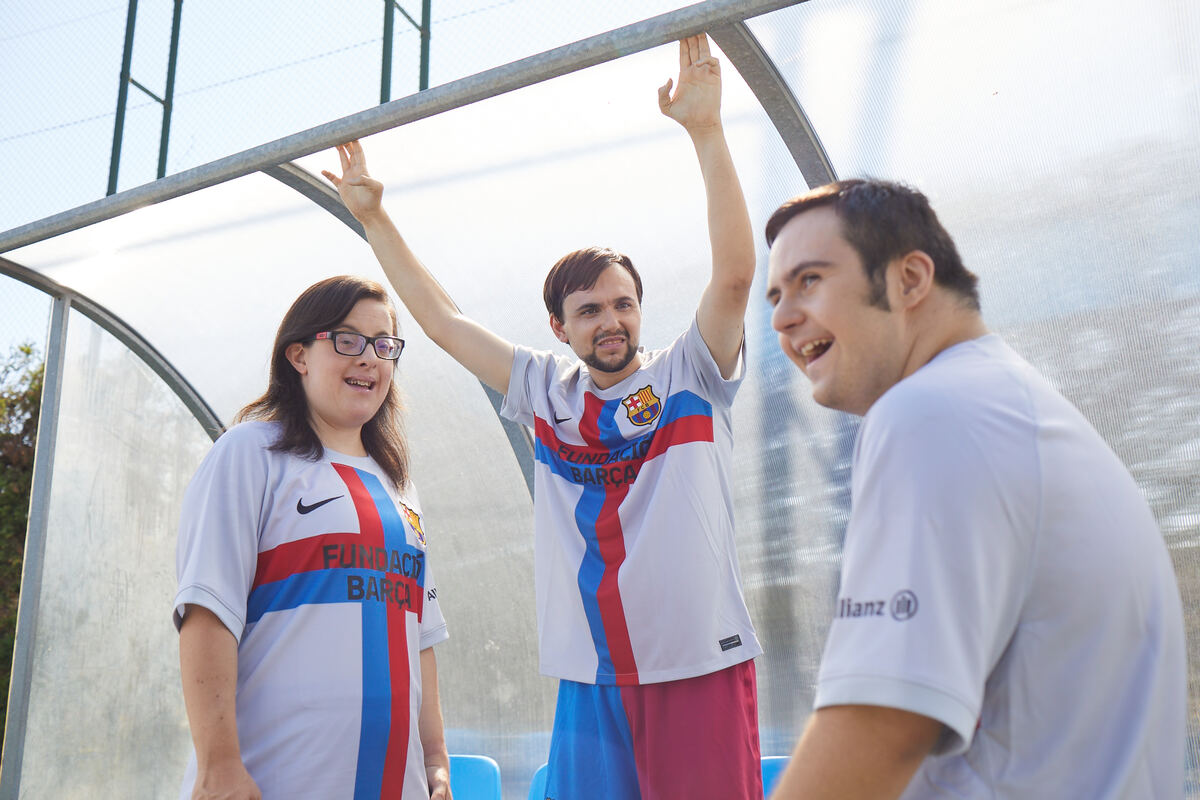 Before the Barça-Elche match, Barça Foundation players will jump onto the Spotify Camp Nou pitch with the LaLiga Genuine Santander, DICUP, and The Original Challenge trophies

In the moments before the Barça-Elche match, to be played this Saturday, 17th September, at 4:15 p.m., the Barça Genuine Foundation will present the three titles they won last season to the fans. This team, made up of men and women with intellectual disabilities, was created a year ago and they won all three competitions that they participated in their first season: LaLiga Genuine Santander, the DICUP tournament, and The Original Challenge.

It won't be the first time that the Barça Genuine Foundation players have greeted Barça fans from the stadium pitch: they already did it on 13th March, just before going on to compete in LaLiga Genuine Santander. That day, they also danced the famous haka from the central circle.

The visit to the Spotify Camp Nou by the Barça Genuine Foundation players will take place the day before their first pre-season friendly, which will be at 12 noon on Sunday the 18th, on field 5 of the Ciutat Esportiva Joan Gamper, against the English team Hamble Club FC Pan-Disability. This will be their third international game: on 8th May they played a friendly at home against the French team Seignosse Capbreton Souston and on 2nd July, in Daytona (Florida, United States), they played against the North American team Orlando City, a match that lead to them winning The Original Challenge.

Hamble Club FC Pan-Disability will travel to Barcelona from the English town of Hamble-Le-Rice, Southampton, Hampshire. The players of this team, along with the members of their coaching staff, have been invited to watch the Barça-Elche match on Saturday and on Sunday, after playing Barça Genuine Foundation, they will be able to enjoy the Camp Nou Tour.

"The Barça Genuine Foundation treble is the icing on the cake for what has been a very positive début season. Even more important than the sporting successes, without a doubt, has been the personal improvement experienced by all the men and women who are part of this team. Hopefully, the season we are about to begin will be just as positive".