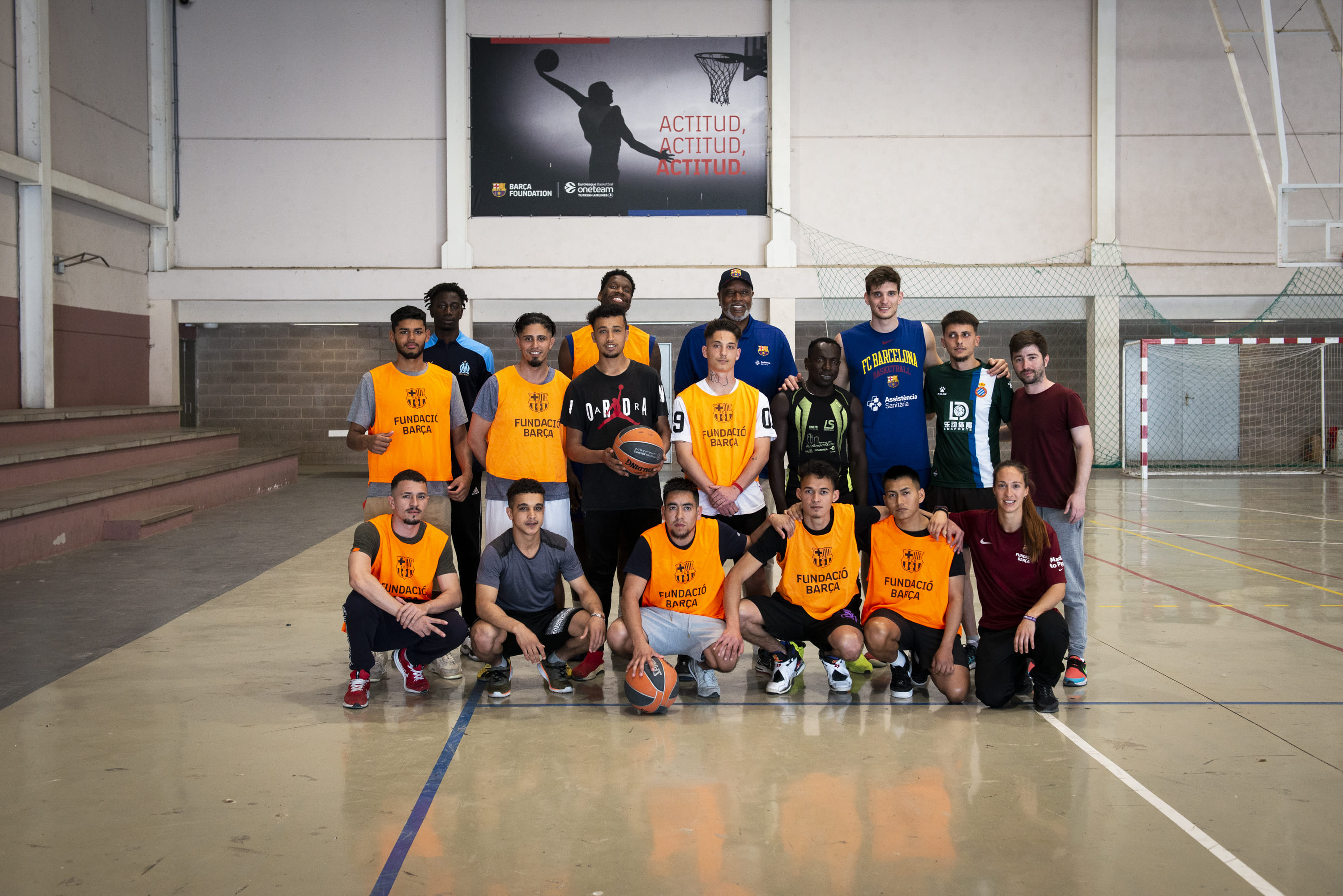 The first-team players Nigel Hayes-Davis and Sergi Martínez and the club ambassador and former player Audie Norris visit the inmates who benefit from this joint programme between the Fundación FC Barcelona and the Euroleague.

Players of the FC Barcelona basketball first team, Nigel Hayes-Davis and Sergi Martínez, a former Barcelona basketball player and current ambassador of the Audie Norris club, yesterday visited the Quatre Camins Juvenile Detention Centre, at La Roca del Vallès. All of them shared a basketball afternoon with the beneficiaries of the One Team programme, the social responsibility project developed jointly by the Fundación FC Barcelona and the basketball Euroleague.

It was a very special encounter for the inmates, 20 young peopled aged between 18 and 24 years in a specific custody system, which is less rigid and with special care, as they are in an age range in which their personality is still being formed. For almost an hour, players and inmates could share dynamics and games aimed at values education and empowerment. The session was completed with a basketball game.

In the case of FC Barcelona, the Euroleague project implementation is carried out by Fundación FC Barcelona and takes place weekly at the Juvenile Detention Centre of Catalonia, using basketball as a personal and community growth tool to enhance social reintegration in the group of young beneficiaries.

In the weekly sessions, for two hours, the social educator of the Foundation performs several activities with the inmates, using basketball activities as an integrative, inclusive tool that promotes values which help work on the social and personal side of each individual. These values are teamwork, trust and empathy, collaboration and self-esteem.

The actions planned in the project include visits by the One Team project ambassadors, members of the men and women’s basketball first team to the Juvenile Detention Centre and a shared basketball session with the participants.