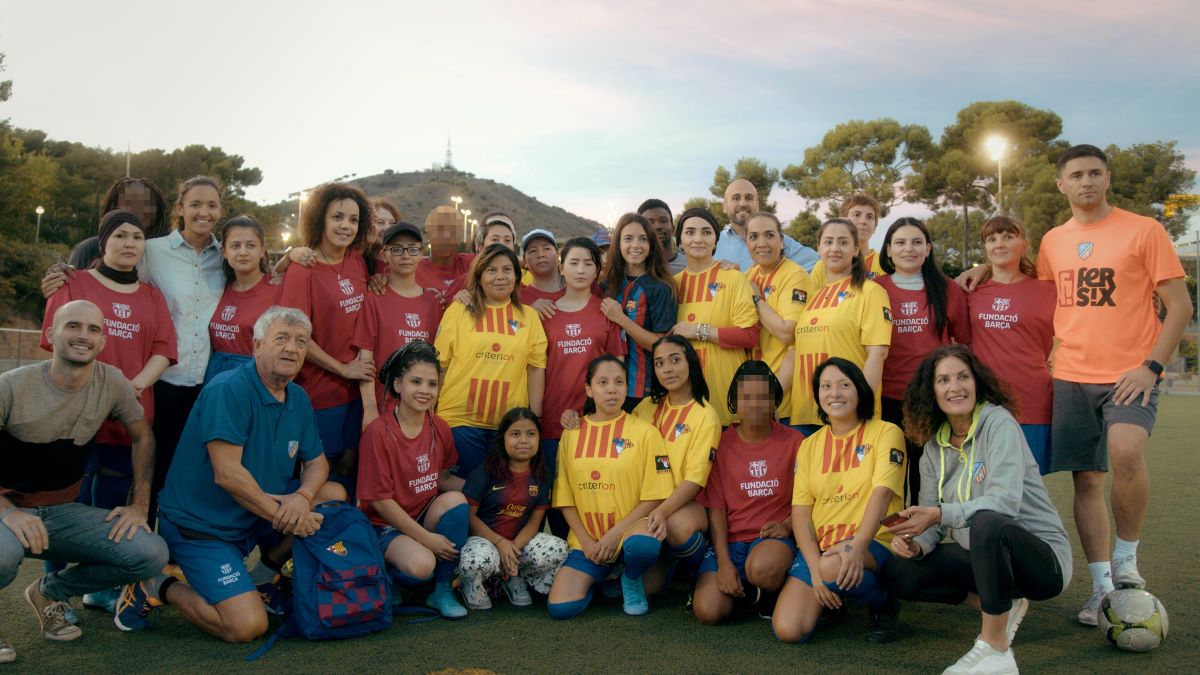 The FC Barcelona player met with the AE Ramassà women's team, which receives support from the Foundation as part of the SPRING project, which promotes the integration of refugee women, asylum seekers and migrants in Catalonia, through sport

On the occasion of the International Day of the Girl Child, the FC Barcelona player Aitana Bonmatí, a collaborator of UHNCR and the FC Barcelona Foundation, visited a training session of AE Ramassà, a football team made up of refugee women who receive support from the Foundation. Aitana's visit is part of the alliance between FC Barcelona and the United Nations Refugee Agency (UNHCR) that was made official last June.

Ramassà is a club made up of 35 women refugees, asylum seekers and migrants in Catalonia. It was formed in May 2021 and is supported by the FC Barcelona Foundation as part of the European SPRING project. Its objective is to promote the integration of refugee women of different nationalities, ages and backgrounds, generating a network of help and ties through football by taking advantage of the FC Barcelona Foundation's SportNet methodology.

The power of sport and football

Aitana, nominated for the Ballon d'Or for the second year running, was able to talk to the members of AE Ramassà, who told her how the sport is helping them forge new friendships and also in the integration process. "I like it because I have made friends and I can talk to them. Playing football makes me feel happy and I have more energy after training and talking to other women like me", explained Svitlana, who arrived in Barcelona in March after fleeing the war in Ukraine.

Fereshteh Rafat, a refugee journalist from Afghanistan, delved into the positive effects that sport has on both physical and mental health, generating links between them: "Playing football with Ramassà has two benefits for us: the first is that it helps us integrate into the community. The second is that we know we are not alone. Here we are all refugees and we have the same standard of living, we all have similar problems".

The Barcelona midfielder was also able to chat with the refugees from AE Ramassà about the challenges and barriers faced by women both in the world of sport and in many other social contexts: “I know that you have all had difficult paths. Ultimately, we are women and we have many adversities along the way, but we deserve the same rights and also to lead the world", says Aitana Bonmatí.

During the session, Aitana wore the new Barça shirt with the UNHCR logo on the back of the first men's and women's football teams and of the Fundació Barça Genuine team for the next four seasons, thanks to the alliance between FC Barcelona and the United Nations Agency. A message of solidarity for the more than 100 million people who have been forced to flee their homes.