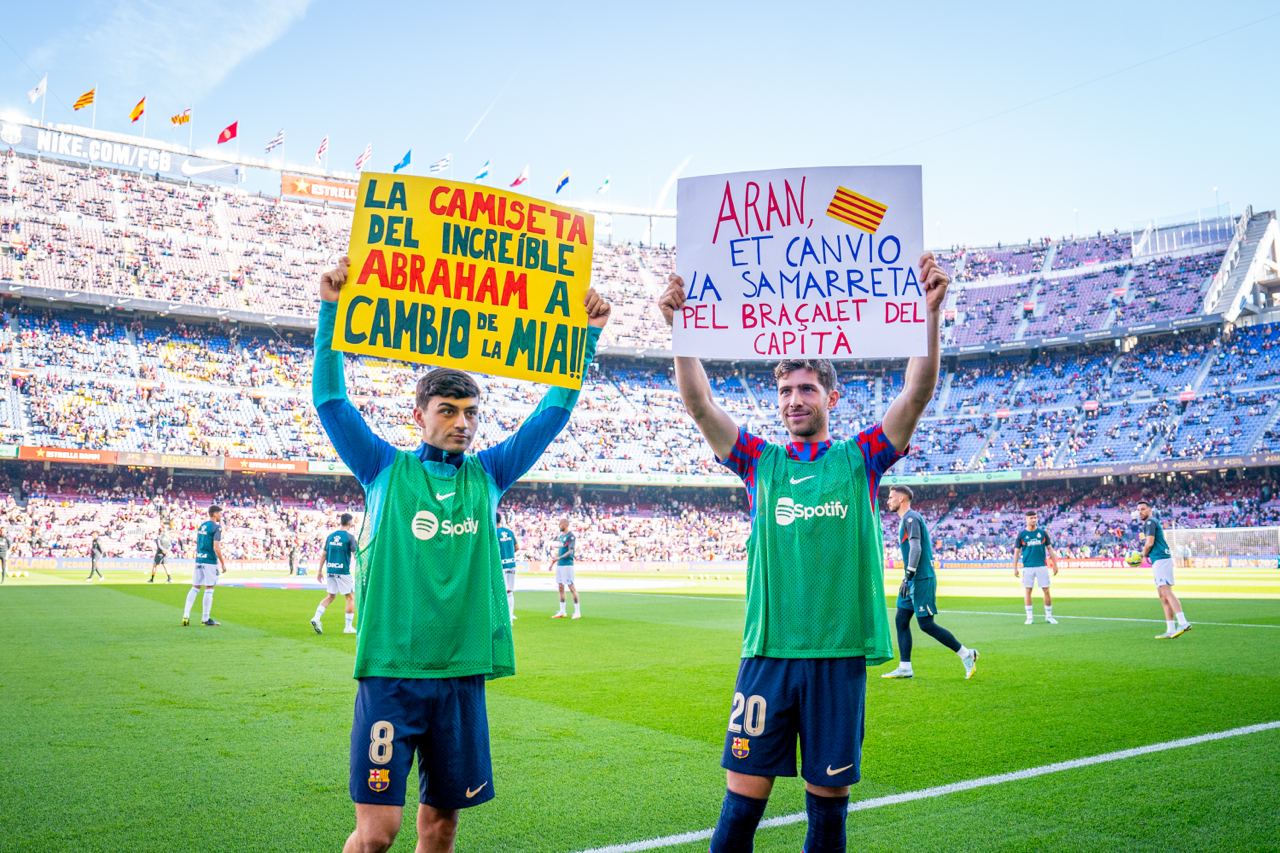 Rather than fans asking to exchange items with players, on Saturday it was Sergio Roberto, Ter Stegen and Pedri who held up banners to swap possessions with three young fans who are suffering from serious illnesses

common sight in football grounds is to see children holding up banners asking for the players' shirts. FC Barcelona turned the whole thing around on Saturday before the game with Espanyol as part of an idea called  ‘The Real Stars’ that involved Sergi Roberto, Ter Stegen and Pedri held up banners asking after three young children who are fighting against illness and who they knew were in the Spotify Camp Nou today, and to whom they swapped shirts in return for their captain's armband, gloves and shirt.

The three lucky children are called Mohamed, Aran and Abraham, who are all beneficiaries of the FC Barcelona Foundation's Paediatric Well-being Programme..

The banners that the players carried were in the style of the banners than fans typically make - in fact the three players had helped to make them themselves.

Something similar happened three days earlier in the Palau Blaugrana, when in the build-up to the basketball game with Casademont Zaragoza, Cory Higgins and Nikola Mirotic swapped shirts with children called Valèria and Ian.

The three footballers weren't able to actually swap items with the players before the game, that was scheduled to happen in an exciting meeting after the game is over.

The episode is further evidence of the great work that the Foundation is doing with the aforesaid programme, which uses the Barça magic to bring a little cheer to children that are fighting against serious illnesses.