Aitana Bonmatí and Sergi Roberto, 2022/23 ambassadors of the Barça Foundation 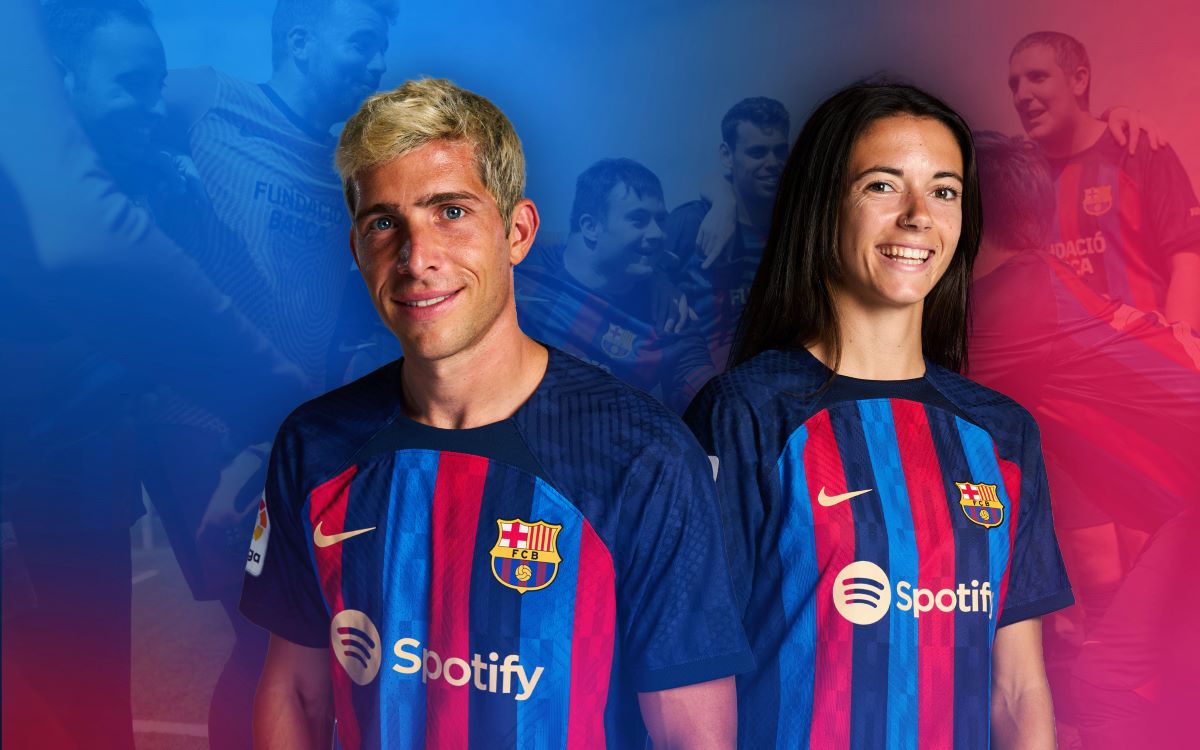 While the ambassadors for the Barça Foundation's inaugural season were Alexia Putellas and Gerard Piqué, in this second year we will see two more top-level footballers take the lead: Aitana Bonmatí and Sergi Roberto. The number 14 from the women's team and number 20 from the men's team, who have often demonstrated their commitment to social issues, will now be the torch-bearers.

Aitana, who is particularly sensitive to people with Down's syndrome and participates in different projects of the FC Barcelona Foundation, does not hide her satisfaction: "I'm very proud. I have been collaborating with the Foundation and different supportive initiatives for years. That's why linking up with Genuine makes me so happy. Sport is the best channel to add our grain of sand to society in the fight for equality. Around the ball, we are all equal. The Club committing to this project makes me feel even more proud to belong to Barça. I will give my unconditional support".

Sergi Roberto has often offered his image to join causes such as the fight against breast cancer and ALS and also proudly welcomes his role : "You can't say no to a proposal like being an ambassador for the Barça Genuine Foundation. For me it is an honour to sponsor this team of brave men and women, who have surely had to overcome many difficulties and who bring dignity to the FC Barcelona shirt. So let's go! We'll have a lot of fun".