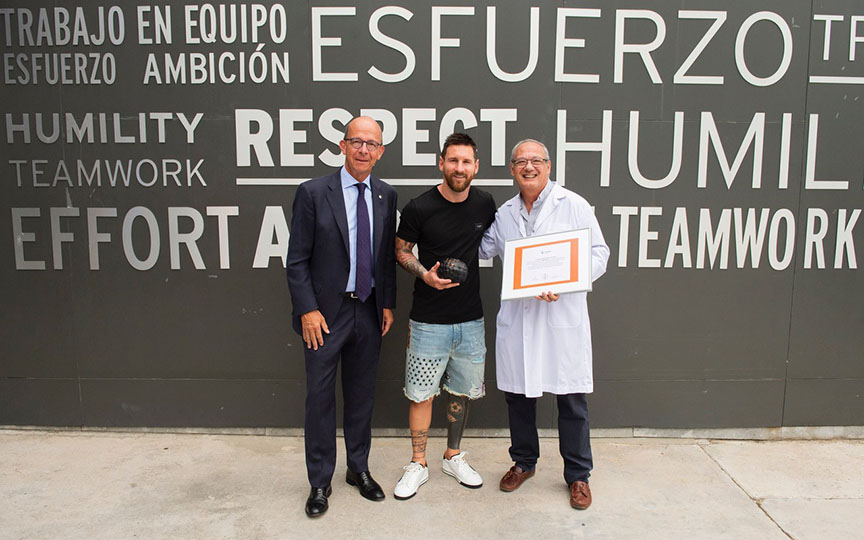 Leo Messi today received the Scholas Educational Ball - Brazil 2019 award, which was out of cloth by children from the town of Chicomo (Mozambique), and blessed by Pope Francis, and which represents football at its purest. It is awarded by the Scholas Occurrentes organisation, which has been working with the Barça Foundation since 2015 to promote education in values among young people and encourage them to think about social issues.

The Barça captain collected the ball this morning at the Ciutat Esportiva Joan Gamper, where he was joined by the president of Scholas Occurrentes José Maria del Corral and the first vice-president of FC Barcelona and the Barça Foundation, Jordi Cardoner.

The candidates were chosen during the last Copa America for setting an example for the footballing values (as proposed by the Scholas Foundation) off effort, solidarity, honesty, identity, resilience, respect and teamwork. The boys and girls in the Scholas world network of over 500,000 institutions and education networks in 191 countries voted for the winner.

The children were especially impressed by Messi’s humility, the way he uses his skill to benefit the team, his effort, his solidarity and his background of fighting against adversity as a youngster.