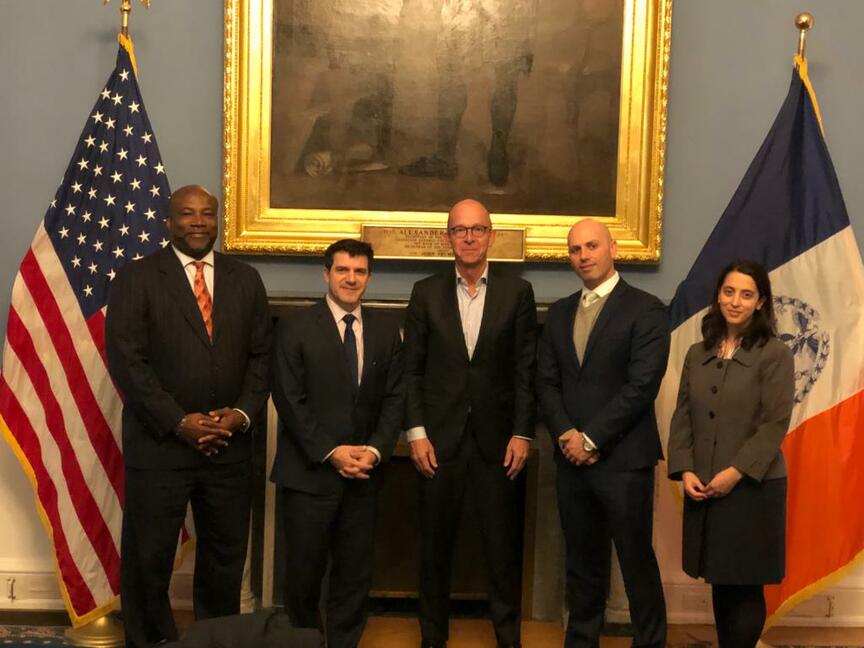 Jordi Cardoner (First Vice-President of FC Barcelona) has met Darren Bloch (Senior Advisor to the Mayor of the City of New York and Director of the Mayor's Office of Strategic Partnerships) and Matt Everett (Deputy Chief of Staff, NYC Mayor's Office) to consolidate and discuss the extension of its program to promote social inclusion in the city. The Barça Foundation would like to continue extending the program, fostering full inclusion and participation of primary and secondary school children with special needs in District 75 of New York in collaboration with the New York City Department of Education (NYC DoE). This school year, the program has been run at 20 public schools in the city (17 in District 75), Involving 954 children (more than 43% of those with special needs).

The Barça Foundation aims to help boys and girls in the most at-risk groups through coaching in sports and life skills in order to contribute to a fairer and more inclusive society. It has developed a social-educational methodology based on sport called FutbolNet, certified by the University of Barcelona. Its content includes cooperative games, inclusive sports sessions, dialog, reflection and debate.

The Barça Foundation set up a pilot social inclusion program at three public schools in Queens that were selected by its partner on the project, the NYE DoE. It consisted of implementing the FutbolNet methodology in physical education (PE) classes and extracurricular activities to build confidence among the participants and encourage attitudes of respect and empathy towards others. The Barça Foundation trained PE teachers at public schools in New York in the use of FutbolNet and provided methodological support throughout the school year. 300 public schools got to benefit from the pilot program.

Children were included with different ability levels and those with special needs were able to interact and participate actively in sports sessions with able bodied children. It was such a success that the schools in District 75 have adapted the approach for inclusion in its PE lessons and have expanded the program to other schools in the district. In 2018-19, the program was run at seven public schools (elementary and middle schools, four in District 75), by eleven PE teachers to reach a total of 482 schoolchildren (27% of them with special needs).