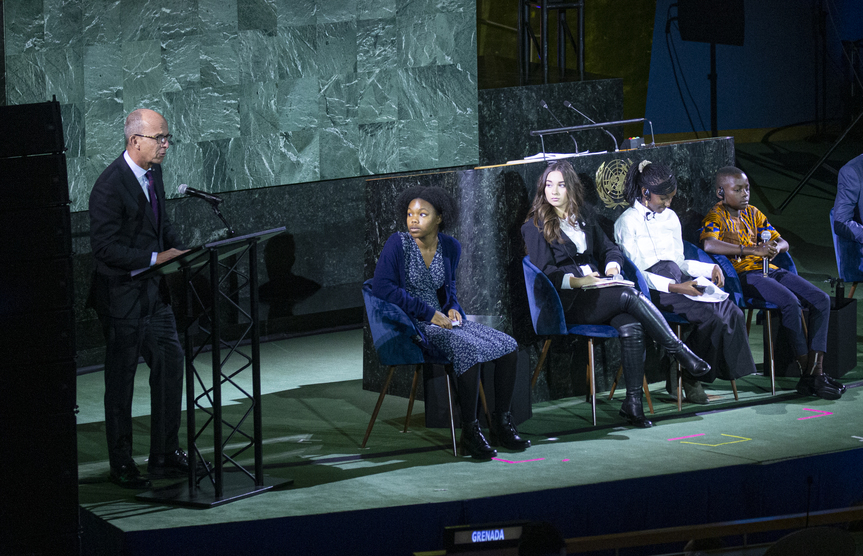 “Sport for development is a wonderful method for improving children’s lives and advancing towards the Sustainable Development Goals and preventing any boy or girl from being offside” said Jordi Cardoner, first vice-president of FC Barcelona and the Barça Foundation at the UN Summit to celebrate the thirtieth anniversary Convention on the Rights of the Child. “Barça, in association with UNICEF, defends article 32 of the Convention, which makes specific mention of the right to sport and play.”

“A child that plays and practices sport will grow into a resilient adult with the right skills to succeed in life” he continued. “Play is fundamental for human development. One of the Barça Foundation’s flagship programs is its partnership with UNICEF. But our partnership is about much more than that, it has become a benchmark for sport for development through the implementation of projects in four countries, the generation of research into sport’s impact and the creation of an international workgroup on this important social tool.”

He then handed over with a question to one of the participants in the event, a North Macedonian child with a physical disability who is a beneficiary of a UNICEF program.

This event was the culmination of a series of efforts focused on children. It has involved debates on climate change, education and humanitarian aid. Today’s agenda featured talks by the secretary general of the United Nations, Antonio Guterres; the executive director of UNICEF, Henrietta Fore; former Chilean president Michelle Bachelet; actress Millie Bobby Brown and former footballer David Beckham.

Organized by UNICEF at the United Nations headquarters in New York, the event brought children together with senior representatives of the member states, specialists in governmental and non-governmental organizations, civilians, the private sector and academics, as well as prestigious international figures who have defended the rights of children.

30 years since the Convention on the Rights of the Child

November 20 is an important date, as it was on this day in 1959 that the UN General Assembly adopted the Declaration of the Rights of the Child. Later, in 1989 General Assembly approved the Convention on the Rights of the Child. Since 1990, World Children’s Day has honoured the anniversary of these two events that happened on the same day of the year. As the convention states, these rights belong to children for the simple reason of being born. They are inalienable, non-renounceable, innate and essential for a proper childhood, and are therefore compulsory.