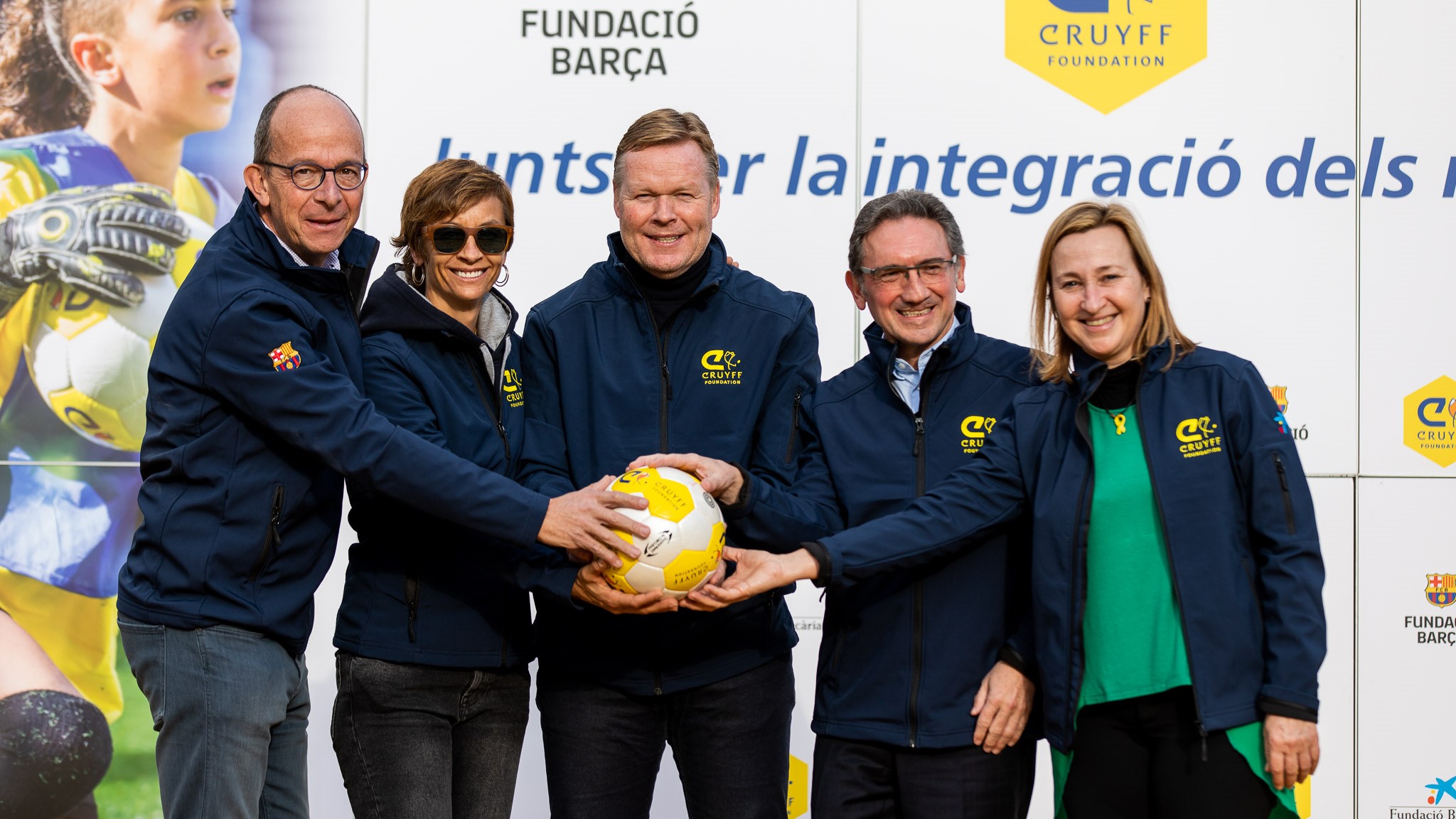 Cruyff Court Ronald Koeman is the eighth of the fifteen that the Cruyff Foundation plans to open around Catalonia in partnership with “la Caixa” to promote sport as a means for social cohesion and inclusion. This latest addition enjoys the full support of Sant Vicenç dels Horts town council.

These Cruyff Courts are being built, maintained and promoted in mainly disadvantaged parts of the country, and are the outcome of an agreement between the Cruyff, “la Caixa” and Barça Foundations.

They are small free-to-use football pitches to encourage sport among young people and thereby implant such values as responsibility, personal goals, integration, teamwork and education in healthy habits to thus prevent sedentary lifestyles and obesity among children.

The programme is also organising specific projects on these facilities, the so-called Cruyff Courts 6vs6 competitions for boys and girls aged 10 to 12 from the different Cruyff Courts and the Community Program, the idea being for children in different neighbourhoods to run their own tournaments.