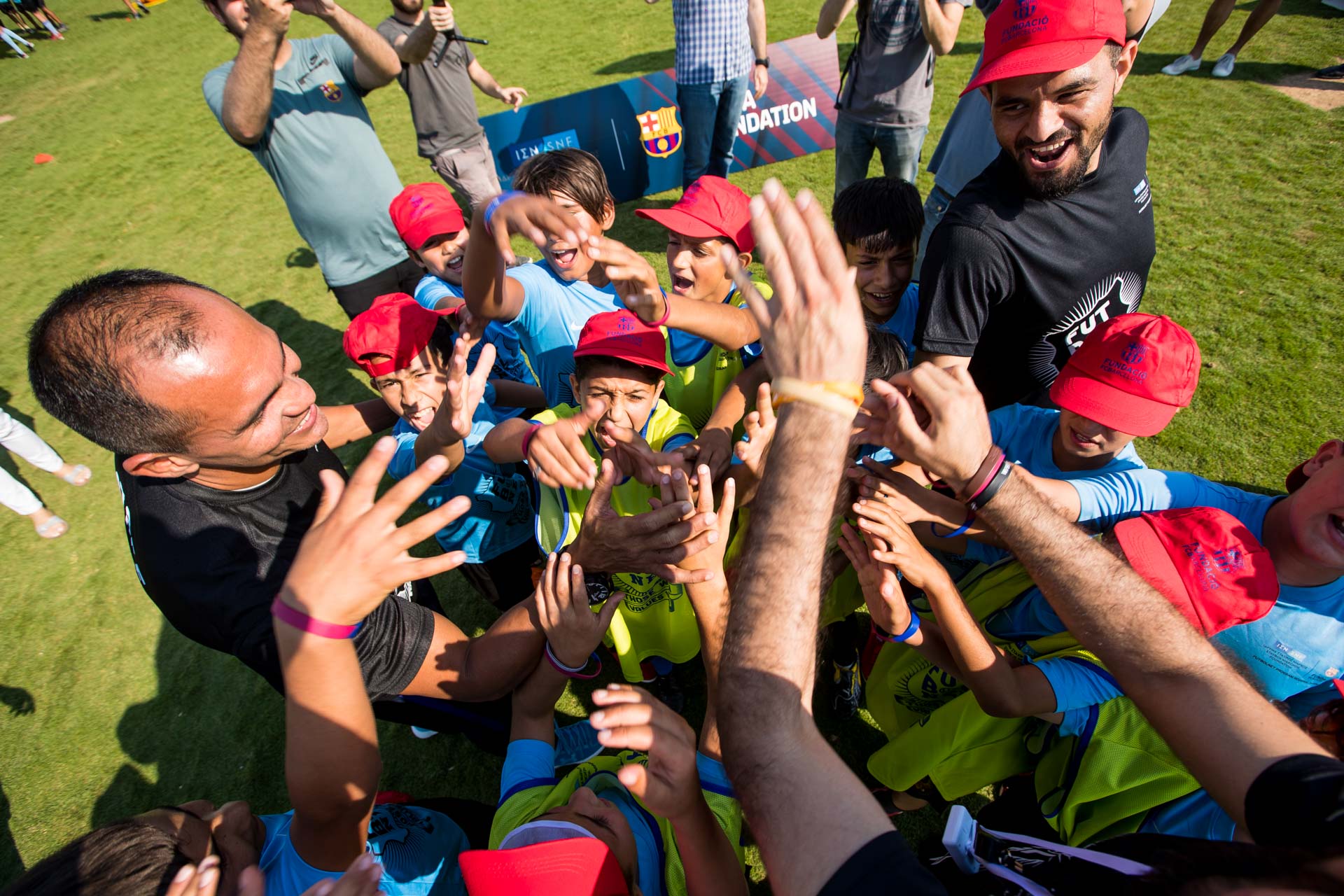 It took place in the gardens of the Stavros Niarchos Foundation Cultural Center, and was attended by former Barça player Giovanni Silva de Oliveira. The festival brought together all of the children who had participated in the first season of the Barça Foundation social programme, in which the FutbolNet methodology is used to give support and promote the wellbeing of thousands of refugee children, as well as host communities.

The camp is located on a concrete esplanade by the sea, to where between 2,500 and 3,000 people have fled from their homelands for economic or political reasons. The majority hail from Syria,Iraq, Afghanistan and Iran. The traumatic experiences suffered by the young people has caused sever psychological impact. Some of the consequences include insomnia, aggression and a lack of communication. The objective of FutbolNet is to provide, through football, a place where they can develop their social and emotional abilities. The festival featured diverse activities for children and young people. Some 10 groups were created according to age, to undertake a sporting circuit.  Different games of football have been played, in which the FutbolNet methodology is used.

Quotes from Panos Papoulias, assistant director for programmes and strategies at the Stavros Niarchos Foundation

"We want to give support to organisations which carry out great social work with added value, and that show a great operative commitment to the cause they work on. That’s why we collaborate with the Barça Foundation. In this programme values are profoundly implemented. You can see this in the change in behaviour from the children.”

Quotes from Mària Vallès, director general of the Barça Foundation

"The aim of these programmes is to give psychosocial support to children who have fled from war or who have been through traumatic situations, and also to aid integration by giving support to host communities.”

"The FutbolNet Festival is a fantastic initiative. It’s enriching to be able to carry out social projects with these children who, unfortunately, have been through a lot. This is why Barça are Més que un club.”

The Refugee and Immigrant Support Programme from the Stavros Niarchos Foundation provides medical, psychological, legal and consultancy support to vulnerable communities of refugees and immigrants in Greece. The programme offers border supervision and legal assistance for immigrants and refugees at the reception and holding centres; seminars and consultancy services for the training and social integration of legal immigrants, and collaboration with the Barça Foundation in the implementation of the FutbolNet methodology in Greece, Lebanon and Italy.