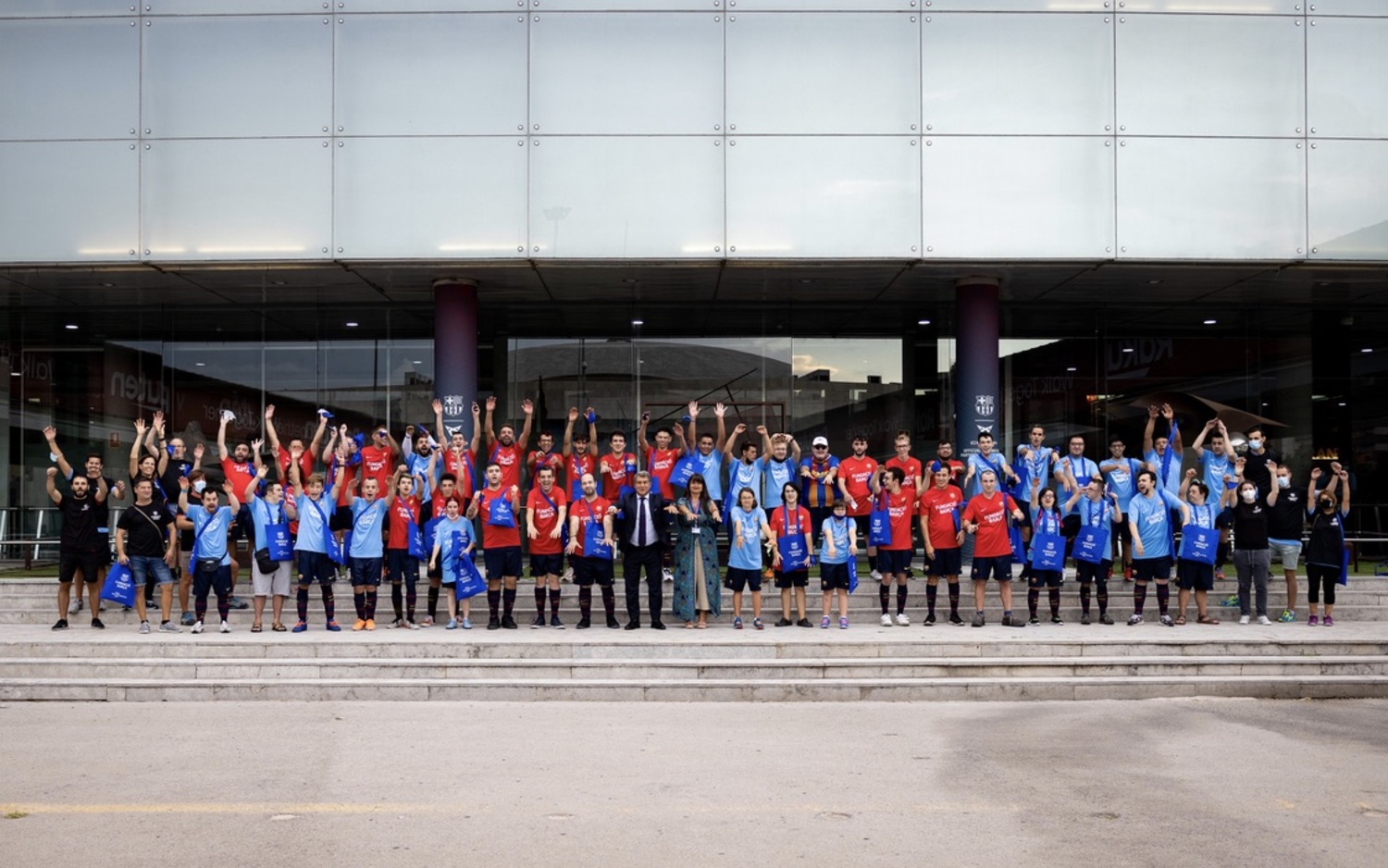 A group of 50 boys and girls were the stars of the new Barça Foundation project in collaboration with the Club's Department of Diversity and Inclusion and the Masia. All participants with intellectual functional diversity are over 16 years of age and come from various social organisations that are collaborating with Barça in this project.

The First Genuine Event started with a training session at Joan Gamper Sport City and consisted of various exercises, group dynamics and small matches.
Subsequently the participants, their families and guests went to Camp Nou, where they were greeted by the Chairman, Joan Laporta, and the General Manager of the Foundation, Marta Segú, and then visited Camp Nou and the Barça Museum.

The event brought many very happy moments, including arriving with the Barça Foundation team, the different sporting activities and the visit to the Stadium and the Museum, but especially the reception by Chairman Laporta, which was both very exciting and motivating for the participants and their guests. 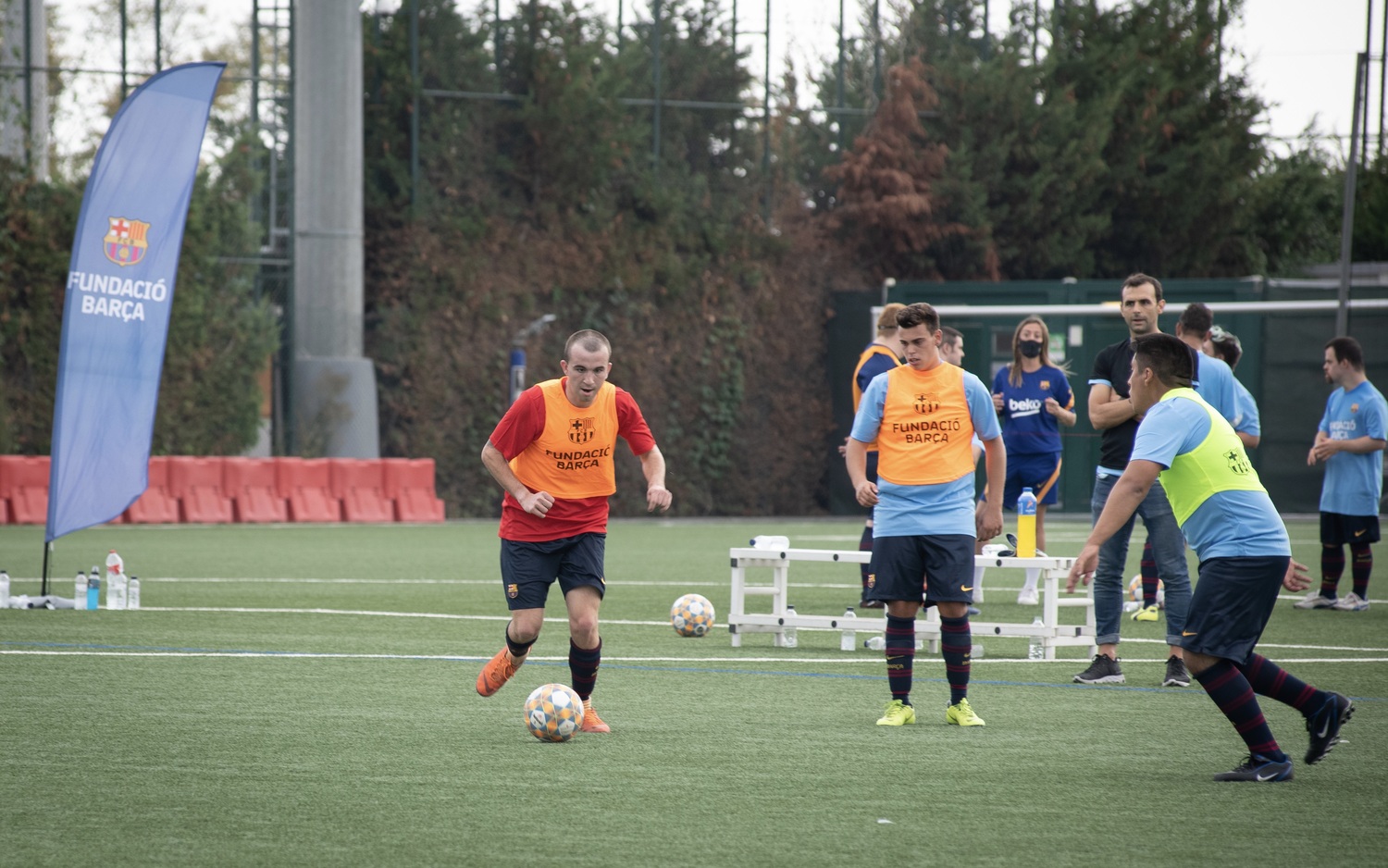 This new FC Barcelona project will enjoy the collaboration of organisations that work with this group: The Johan Cruyff Foundation, Aura Foundation, Apinas Foundation, AMPANS, Sant Tomàs Foundation, Cassià Just - Cuina Justa Foundation, and Penya Special Barça. These organisations are dedicated to improving the quality of life of people with functional diversity by through their social and professional inclusion.

For the Barça Foundation Genuine team sporting activities the club selected six people for the technical team (two trainers and four behavioural support workers), all with extensive experience in the management of teams made up of people with functional diversity, as well as a team of around ten volunteer carers.

It is expected that, among other activities, the Barça Foundation Genuine team will participate in LALIGA GENUINE SANTANDER, a competition organised by LaLiga Foundation in which not just the goals are valued, but also, and in a very special way, sporting attitude and fair play, teamwork, respect and the drive to overcome, and not only among the players, but also among the technical staff and supporters. Accordingly, there are two awards: one for the sporting champion, and one to the fair play champion. 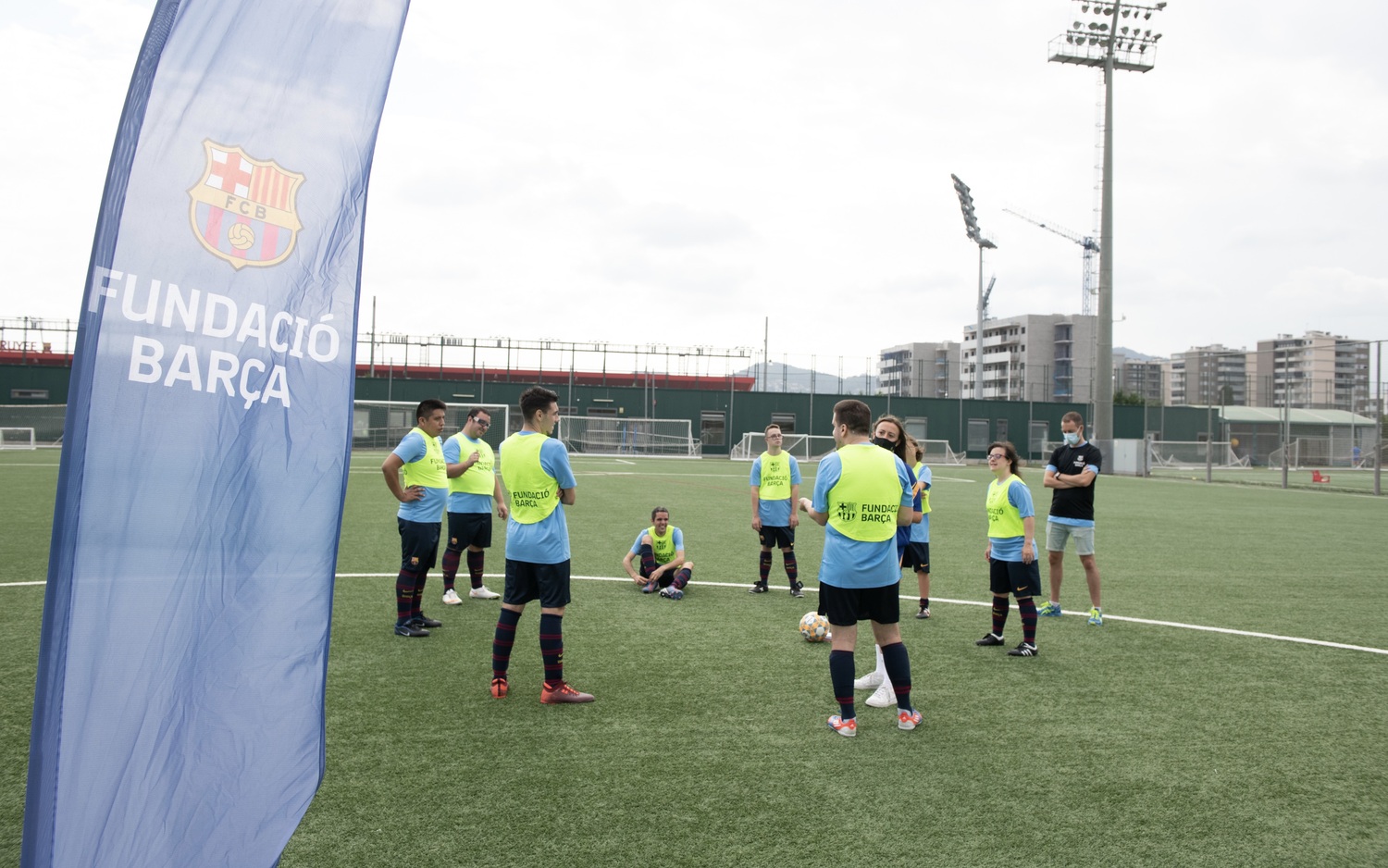 Objective of the new board

The creation of this team was one of the first objectives of the new board in the social space, and was one of Chairman Joan Laporta's proposals before assuming his new mandate. It is one of the first actions carried out under the club’s new inclusion and integration project.

It is expected that the LALIGA GENUINE SANTANDER 2021-2022 competition will start in January, with the celebration of the first stage, restarting this season after having been on hold since March 2020 due to the Covid-19 pandemic.

The goal of this competition is to further the integration and inclusion of persons with different abilities in the world of sport, and is comprised of representative teams from clubs belonging to the LFP.

The Barça Foundation has experience working with this group, as since 2015 it has run the Diversity in Catalonia programme, later also starting the programme in different schools in New York and Japan. This programme is aimed at children and young people with functional diversity and who, through the FutbolNet methodology, have the chance to take part in physical activity and sport.