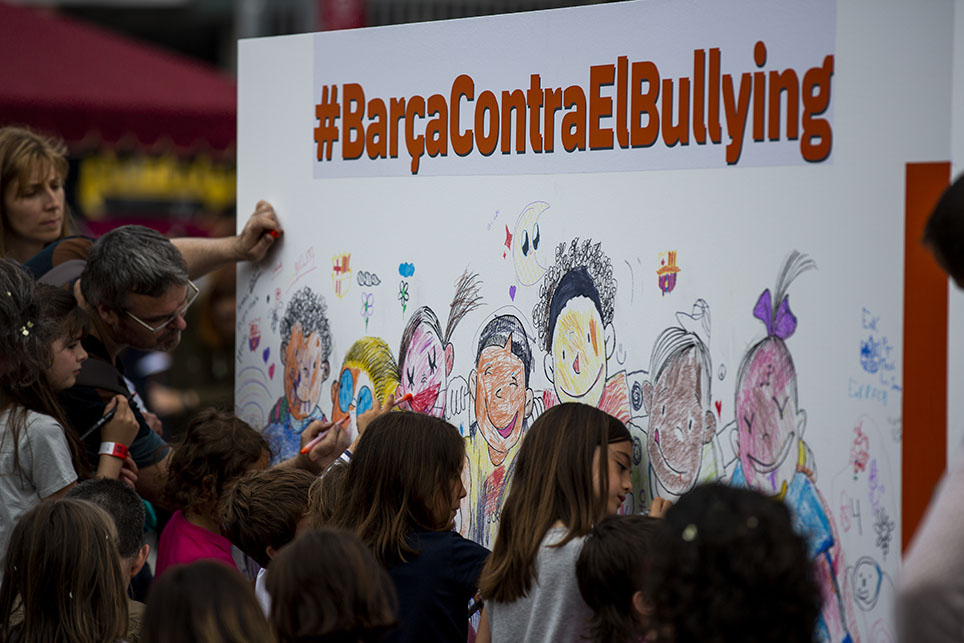 The Barça Foundation has successfully celebrated its first Playing Together Festival; a free, fun, and educational event that took place at the Camp Nou. The party included a series of sports, artistic, and emotional activities for all those in attendance, with the objective of raising awareness of the fight against bullying in schools.

Pati Pla and Rick, from the Super3 family, and the band Xiula took part. The event was enlivened by Ferran Aixalà, an animator with a special sensitivity for social causes. One of the most innovative activities at the Playing Together Festival was the escape room, where the participants had to discover the skills, attitudes, and values necessary to end a symbolic bullying case and return to a harmonious coexistence.  As they collaboratively progressed through the different tests, they worked towards a resolution.

The event also had a series of sports activities including a climbing wall, an adventure circuit, football, basketball, a human table football and several inflatables. Moreover, the children had the opportunity to take part in artistic events, such as a mural against bullying, an origami workshop and a face painting corner.

The Barça Foundation considers the task of raising awareness in this section of society and, especially, the children themselves to be crucial. They do so by hosting events for children (Fiesta de los Súpers, Ciudad de los Sueños...) with the objective of making them aware of this problem and teaching them how to act in that situation.

"The Playing Together Festival is an event which we organise as part of our bullying prevention campaign. It is a party in which we invite boys and girls from around Catalunya to participate in various fun activities with an educational focus. We work on positive emotions, so that children can learn from a young age how to channel them; as well as explaining what bullying means, in order to prevent it.”

"Barça is more than a Club and a large part of our strength as an institution is tied into this. We are committed to tackling society’s current problems and this is why we are fighting against bullying. We promote the Club’s values not only through our actions, but also through the actions of our players, as role models for boys and girls around the world.”