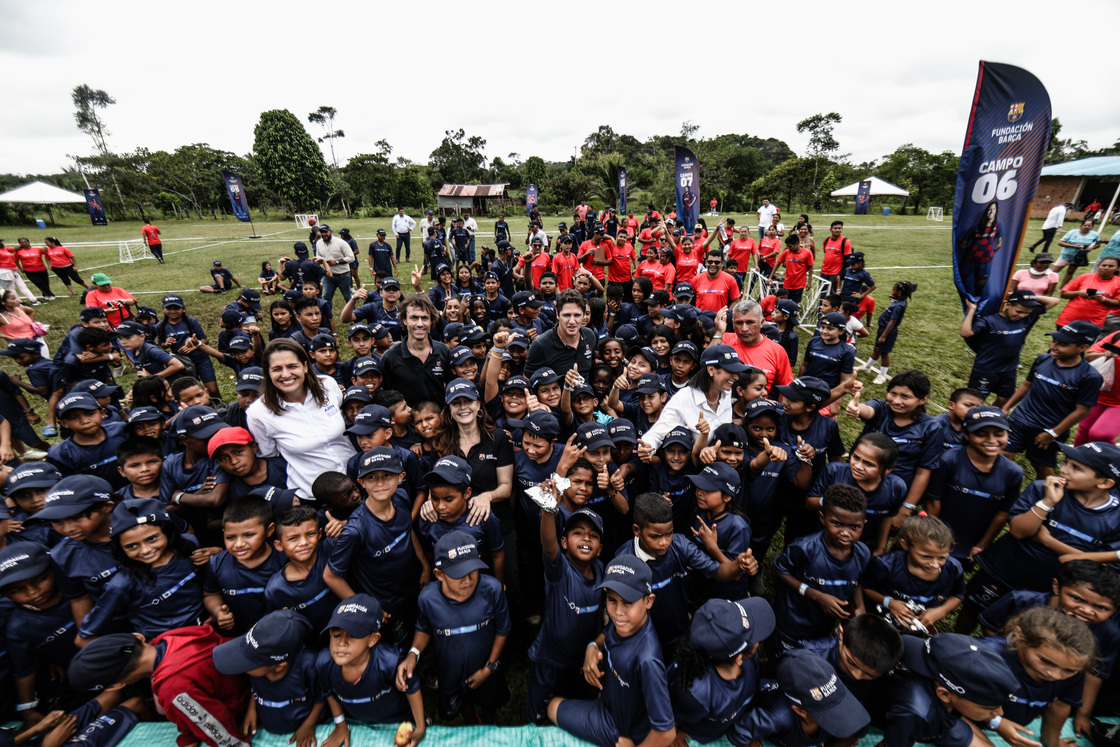 Approximately 300 children and adolescents from the town of Puerto Asís, participants in a joint program run by the Barça Foundation and Gran Tierra Energy, spent a day with former FC Barcelona and Brazil player José Edmilson as part of the project’s closing festival on the pitch in El Poblado.

For almost three hours the participants took part in various games, all using the Barça Foundation FutbolNet methodology, in which they shared the lessons they have learnt during these months in which the project has been undertaken.

Joining Edmilson were Director General of the Barça Foundation, Maria Vallès, and  Environmental Manager of Gran Tierra Energy, Yaneth Mantilla. They handed out participation medals to the children and diplomas to the educators who helped undertake the project’s activities, which were focused on the El Metropolitano and El Poblado neighbourhoods.

The project in Putumayo helped to bring together the Human Rights strategy of Gran Tierra Energy, the Barça Foundation’s prevention of violence programme and the ‘Mambrú. Este es otro cuento’ scheme from ARN, a strategy for the defence of the rights of children. In addition, inclusion was an essential element of the project, with a high percentage of children from indigenous communities, Afro-Colombians and children with functional diversity. 40% of the beneficiaries of the project are girls.

The objectives for this joint project are:

In July of 2019 this project began in the El Metropolitano and El Poblado neighbourhoods. All participants attend 2-hour sessions twice a week.

“At the Barça Foundation we are very happy with the impact that the programme is having in Puerto Asis, as through sport and development we have ensured that these children can undertake an activity in a safe space, avoiding their recruitment by armed groups or other groups, and avoiding their staying at home not doing anything.”

“I am proud to be here in Putumayo to find out more about this project by the Barça Foundation, Gran Tierra Energy and ARN, in which almost 300 children from the area have been able to improve their situation and enjoy a social sporting activity in a safe place. A program like this shows why FC Barcelona are ‘Mes que un club’, as their motto states.”