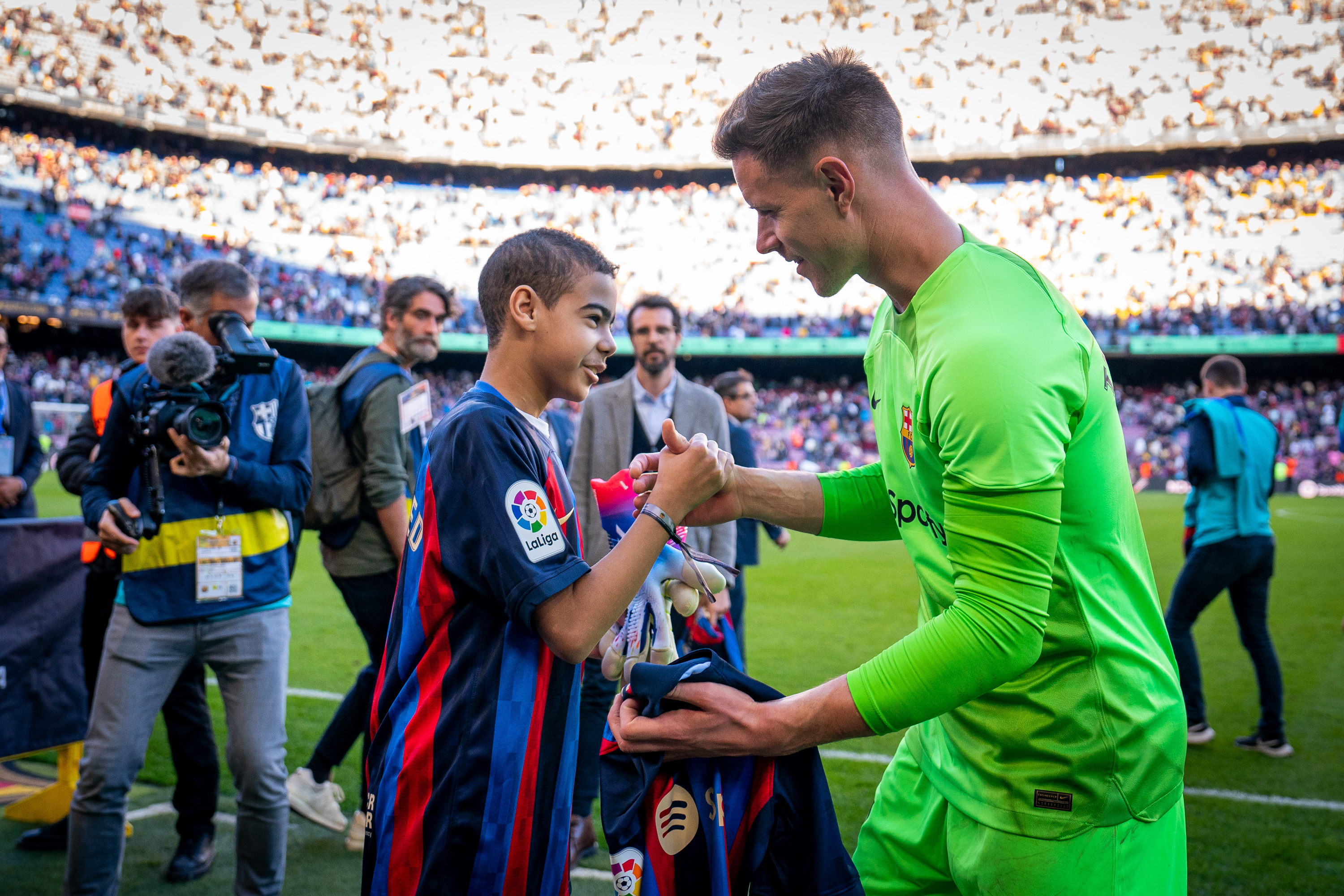 The Club’s festive campaign has been based around the positive impacts of FC Barcelona Foundation programmes on their beneficiaries, mainly ill children who are able to feel the Barça experience

The Club’s festive campaign has brought shows of emotion, tenderness, and excitement through the experiences of various children with different illnesses - the protagonists of the “The Real Heroes” stories, Barça’s initiative through the Foundation and male football and basketball players that shows the Club’s commitment to supportive actions and society itself.

The Club’s innovative festive ‘The Real Heroes’ campaign references the many games when fans and children can be seen in the stands holding up banners asking for their idols’ jerseys, but with a twist.

In this case, four men’s first team players in Sergio Busquets, Sergi Roberto, Ter Stegen and Pedri, participated by exchanging their captain’s armband, gloves and match jersey respectively for the jersey of three children in the crowd to watch the game against RCD Espanyol on 31 December. The players unexpectedly held up banners for Mohamed, Aran and Abraham, three seriously ill boys who were attending the game wearing a jersey with their names on the back.

The initiative debuted on 28 December at the Palau Blaugrana for the Liga ACB match between FC Barcelona and Casademont Saragossa, when players Cory Higgins and Nikola Mirotic also asked for the jerseys of Daniela and Ian during the warm-up for the game, with the exchange taking place once it ended.

The banners held up by the players were in the style of real fan banners. In fact, the players themselves were involved in making them, showing their commitment to this supportive initiative from the outset.

A pioneering programme for the Foundation

Every child featured in the video are beneficiaries of the FC Barcelona Foundation ‘Child Emotional Well-being’ programme, which aims to encourage positive emotions among ill children. Through this initiative, FC Barcelona aims to raise awareness about one of the Foundation’s pioneering programmes, while also showing the Club’s social commitment, expressed via the Foundation and the very essence of its work – to promote well-being among the more vulnerable children and adolescents through the transformative power of sport and the magic of Barça.