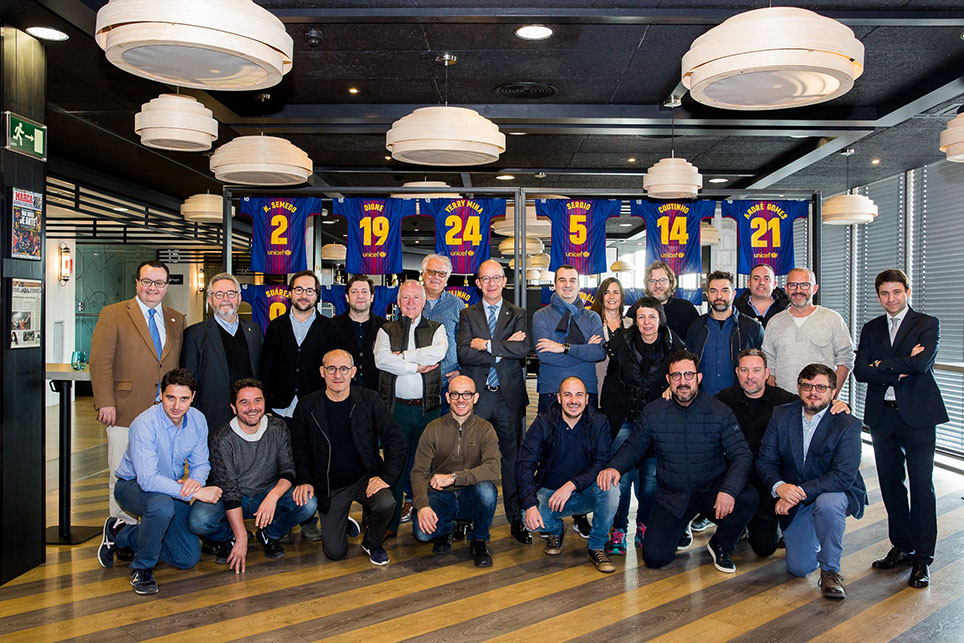 The idea was show the guests the good work done by the Barça Foundation in Catalonia and around the world through its programs, partnerships and campaigns that use the FutbolNet in more than 53 countries.

The meeting was structured into two parts. First, the visitors were shown around the Espai Barça Fundació, where they were able to learn all about the social projects in the virtual interactive facility on the site.

Then they made their way to Sala Roma, the gastronomic space at FC Barcelona, where they attended a presentation by Mària Vallès and enjoyed a brunch where they could exchange experiences and opinions in a laid back atmosphere.