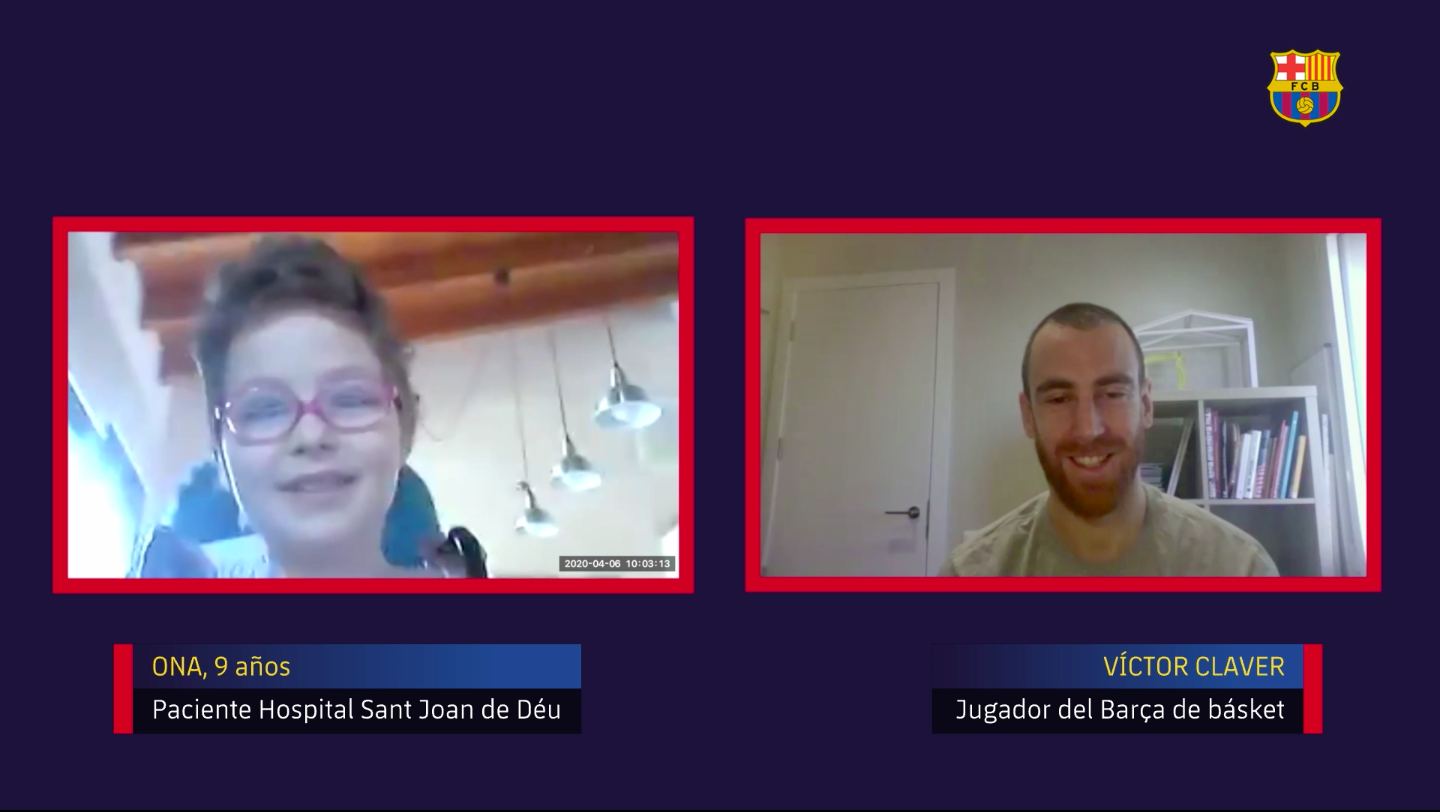 This joint programme between the Barça Foundation and the HSJD has enabled four children who are receiving treatment to virtually meet their Barça heroes.

The Barça Foundation, in association with the Hospital de Sant Joan de Déu, has organised these virtual meetings between several football first-team players and some others from other sports with children who are receiving treatment for their illness from home.

Four of these meetings have been recorded and will be broadcast over the coming days on the Club and the Foundation's channels to show how these boys and girls are dealing with confinement and how they explain their situations to the Barça players they admire. It sets a fine example for everyone due to their strength and bravery in the face of such great adversity, namely not only having to overcome serious illness but also being confined to the hospital or at home for such long periods of time.

The initiative is part of the Barça Foundation’s paediatric emotional well-being programme, which has had to adapt to a new format due to the state of enforced confinement as a result of the Covid-19 crisis.

The first virtual meeting is a conversation between Barça basketball player Víctor Claver, and Ona, a nine-year-old patient from Sant Joan de Déu.