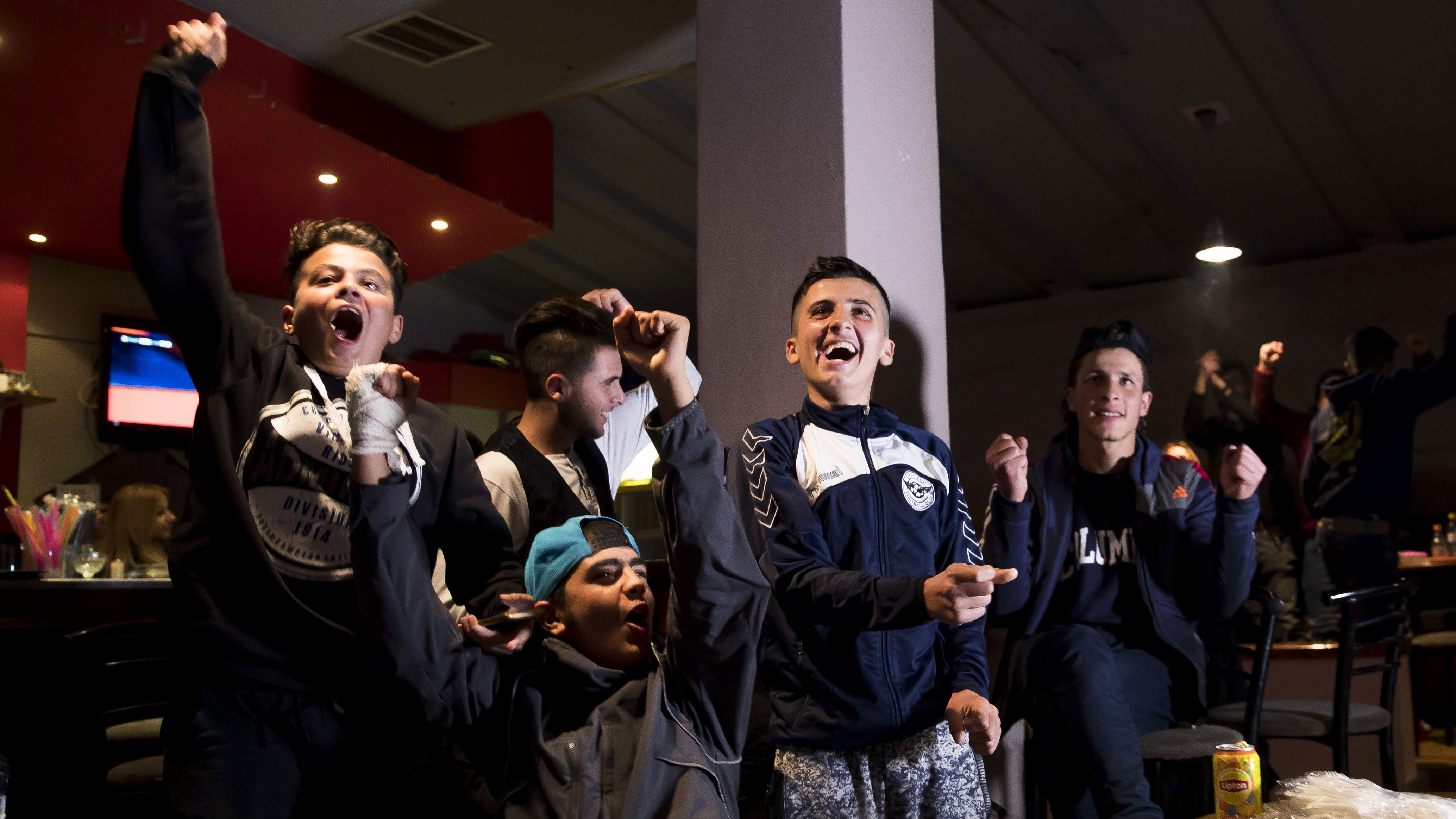 Sometimes, enjoying a simple soccer match isn’t so easy. That’s why the Barça Foundation organized on Tuesday night special event, which allowed a group of children participating in the Foundation’s refugee program to watch the Champions League match between Chelsea and FC Barcelona. The Foundation’s program has been using the FutbolNet methodology since September at the Skaramagas refugee camp in the Greek port city of Piraeus, near Athens.

For the children, this was a lot more than just a normal evening. They had never even seen a Barça match on television before. Not even in their countries of origin — Iraq and Syria — nor in the refugee camp in Greece, where they have been living for the last two years. But all that changed on Tuesday night, when they went out for a little while to enjoy their first Champions League match.

Despite Chelsea’s go-ahead goal, the children would later celebrate a goal from Lionel Messi, the cherry on top of night they will never forget.

The children have spent the last four months participating in the Barça Foundation’s refugee program for children, which is carried out in collaboration with the Stavros Niarchos Foundation