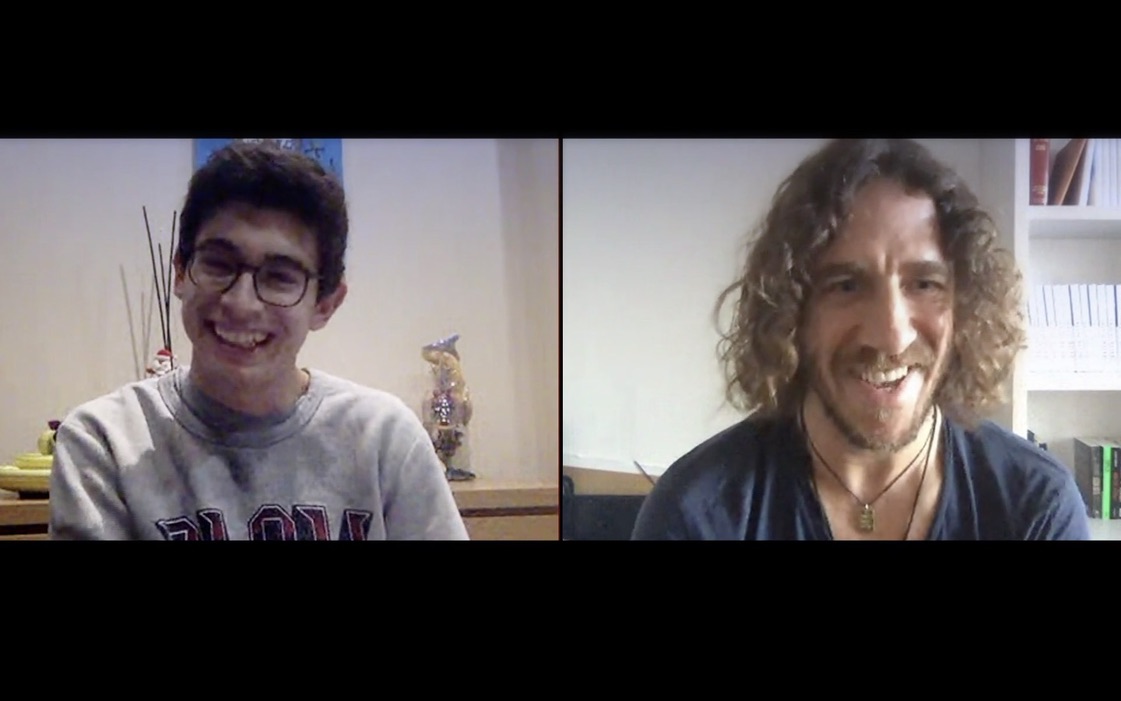 David is 17 years old and was diagnosed with hemiplegia when he was just 8 months of age. This disease affected the right side of his brain and the left side of his body. At the age of 7 he needed an operation that lasted more than seven hours, as his legs were not growing normally, and he still finds it enormously difficult to walk properly.

David’s mother and aunt thought it would be a good idea to approach the Barça Foundation to apply to participate in its Paediatric Emotional Wellness program. They needed to find a reason to help David regain his motivation and strength to walk again, after experiencing such a complicated operation.

On the morning of 28 February 2011, David woke up thinking he had yet another visit to his paediatrician in a wheelchair. So it was much to his surprise when he found he was being taken to the Ciutat Esportiva Joan Gamper, where he got to meet Carles Puyol and other first team players in person: Leo Messi, David Villa and Xavi Hernández. That moment turned out to be the most important one in David’s life, and though years has past he still hasn’t forgotten the emotions he experienced that day.

His mother says that from that day on, “David started walking regularly, took the exercises with the physiotherapist more seriously and his attitude became much more positive. It was a huge change that even stunned his doctors”.

Since then, the 7-year-old boy has grown into a young man leading a normal life. He’s even an excellent footballer, having been selected by the Catalan and Spanish Federations for Sports for People with Cerebral Palsy and Brain Injuries. However, his mother was worried because her son seems to have lost his motivation to study and play sports. So she turned to the Barça Foundation once again to ask if Carles Puyol could talk to his son to encourage and motivate him in this new stage of his life.

A few days ago David received a video call. A fresh surprise: it was his biggest hero, Carles Puyol, who had immediately agreed meet him and try to encourage him with advice and reflections on his own personal experiences in difficult moments of his life.

Carles Puyol’s latest call at such a special time served as a much-needed injection of strength and optimism. Puyol told him not to forget how hard he has worked to get where he is today and never to throw in the towel. “It is very important for you continue to study and believe in yourself” he said. David is currently studying his 2nd year of high school, and hopefully the Barça magic can help him to regain the enthusiasm he had lost.

The Barça Foundation’s Paediatric Emotional Wellness Program aims to promote the emotional well-being of children with serious illnesses, by reinforcing positive emotions. The Barça Foundation is committed to adapting children’s hospitals in Catalonia to their patients’ needs, based on the creation of new resources and services focused on their well-being.