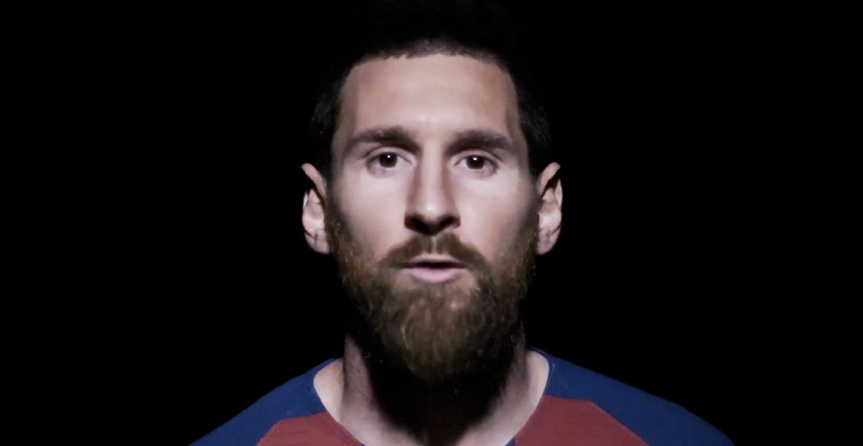 FC Barcelona first team captain Leo Messi appears in the main promo video for the campaign to commemorate the 25th anniversary of the Barça Foundation, and which was launched today on a variety of online and offline channels. The principal message is based on the tagline: "What did Barça do today?", and refers to the work done on a daily basis by the Barça Foundation with the image of an empty Camp Nou used to symbolise days when there are no games but Barça is still active, though in a social sense, making good of the idea of being More than a Club.

Graphically, the campaign superimposes photographs of different members of the men’s and women’s teams with other pictures of the Barça Foundation’s everyday routine, strengthening the idea that the club and its charity organisation are both part of the same thing.

This year the Barça Foundation is celebrating its 25th anniversary and is using the occasion as a chance to promote its efforts through this campaign and other actions that will be organised over the course of the year. Since a new strategic plan was set out for the Barça Foundation three years ago, three main actions areas have been defined, namely Prevention of Violence, Social Inclusion and Access to Education.  Seven programs are based around these, including Prevention of Bullying and Juvenile Violence, Refugees and Migrants and Paediatric Welfare.

The first team players are not only involved with the Barça Foundation through such activities as hospital visits at Christmas, but also the donation of 0.5% of their salaries, as is also the case with the professional coaching staff. Leo Messi also contributes directly through his own foundation and the work it does to promote the Pediatric Cancer Center.

The club also donates 0.7% of its revenue to the Barça Foundation, thus implicating its members in the work it does in 58 different countries, in 85 towns and cities in Catalonia and for more than 1.6 million beneficiary boys and girls.

Over the next few weeks the video will be appearing on the club’s different social networks and various online and offline media outlets.

View the video at the following link: