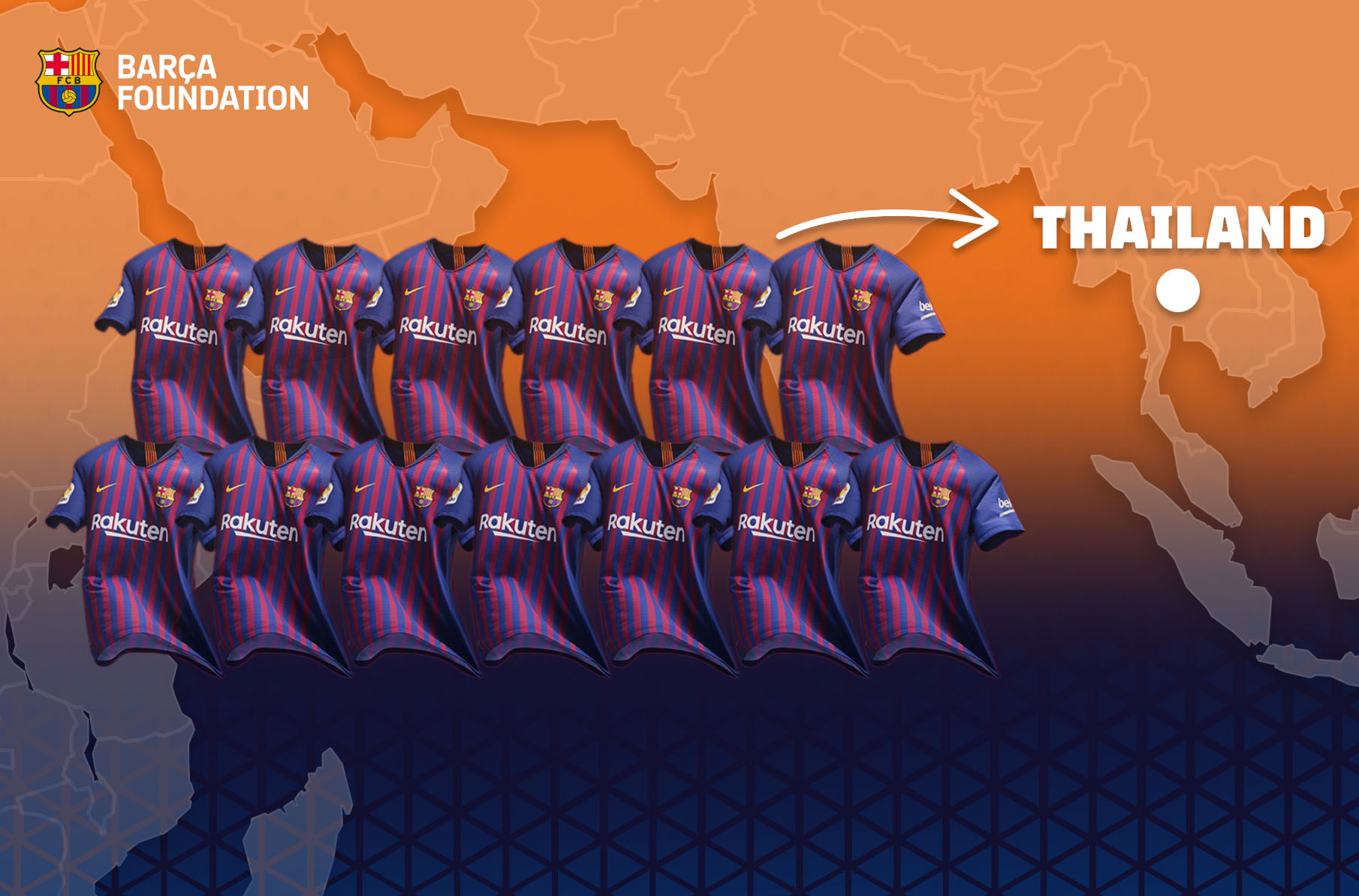 FC Barcelona is expressing its solidarity with the twelve Thai boys aged 11 to 16 years and their 25-year-old coach, who have been trapped for nine days in a flooded cave in the Thai province of Chiang Rai, close to the northern border between Myanmar and Laos.

These boys belong to a footbll team, called the Wild Boars who were spending a few days on a training camp and had visited this cave before. Last Saturday, after playing a game they decided to back and explore the cave, but they got cut off following the heavy rain that flooded the tunnels. Rescue teams from different countries have been supporting the Thai government with efforts to get the children out.

The difficult task of rescuing them could, according to the army, take months, either until the waters recede or until the boys can learn to dive.

The club wishes to send a message of support and hope to these boys and is ready to help the local authorities in any way that it can to assist them in such a traumatic situation and find the best possible solution. Via the Thai embassy, the Barça Foundation has sent them all first team shirts.