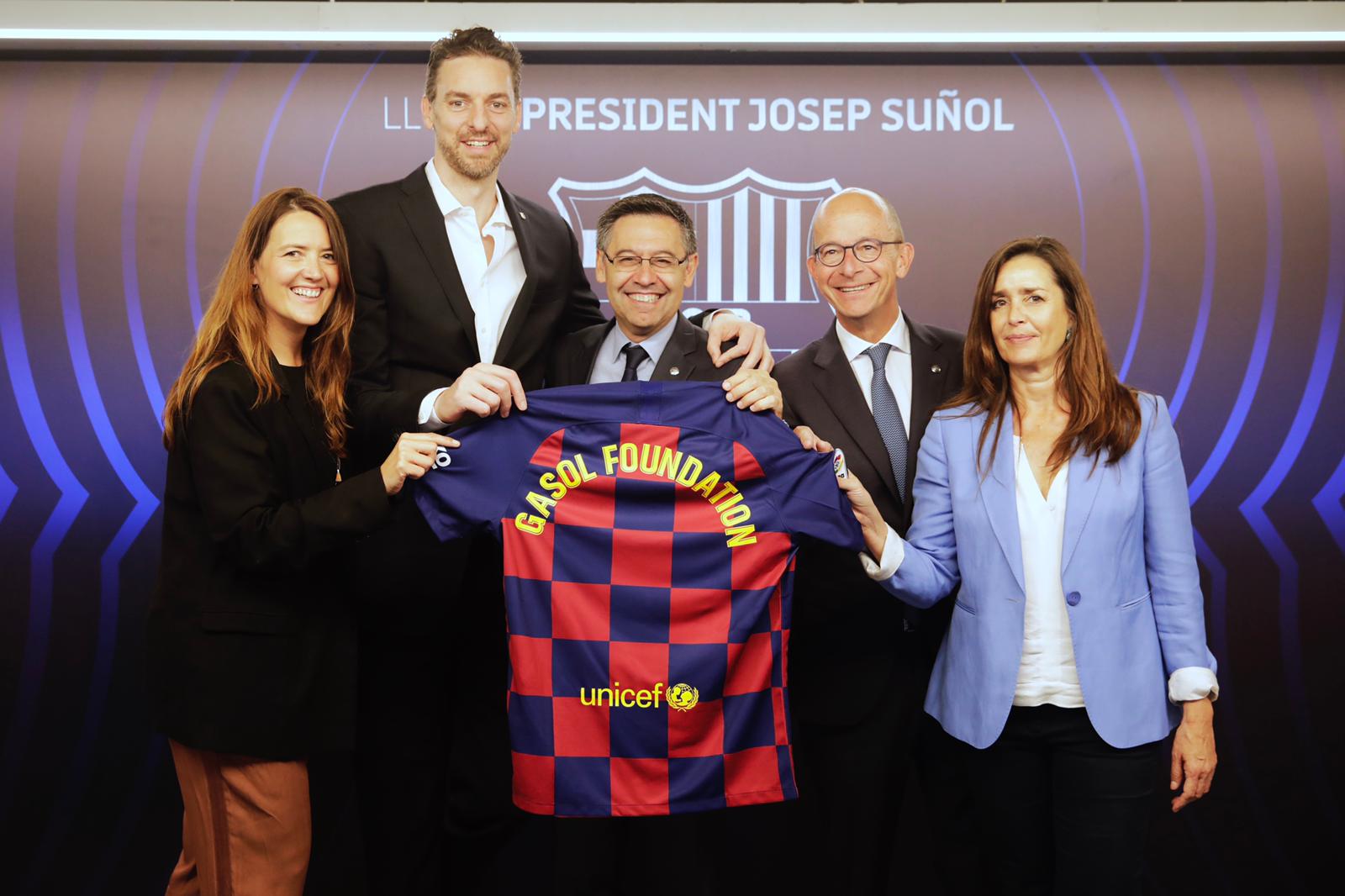 Partnership to begin with involvement of Barça Foundation in the Gasol Foundation’s PASOS. The study will provide data on the physical activity of children between 8 and 16

In order to support underprivileged children through sport and education in values, the Barça Foundation and the Gasol Foundation are joining forces in aid of boys and girls in vulnerable situations. This agreement will enable the creation and execution of joint programs in the United States and worldwide to ensure an even bigger global impact.

The relationship is set to commence with the Barça Foundation’s involvement in the ground-breaking PASSOS Study being led by the Gasol Foundation, focused on reducing child obesity rates and which involves analysing the amount of physical exercise and extent of sedentary lifestyles among Spanish teenagers in order to design effective measures to encourage healthier living among children.

The Barça Foundation will be supporting the Gasol Foundation to conduct the study in Catalonia in a project involving 38 of the 242 primary and secondary schools that are participating in the program.

The agreement has arisen of the partnership set up between Pau Gasol and FC Barcelona, whereby the NBA star became the club’s strategic advisor and global ambassador to help it to boost its international image and pave the way for new opportunities in the United States.

Statement by Jordi Cardoner, First Vice-President of FC Barcelona and the Barça Foundation

Statement by Pau Gasol, president of the Gasol Foundation

“One of the things about this agreement that I’m especially excited about is the collaboration between the two foundations for the good of children, who are such a fundamental aspect of our society and who we need to offer opportunities to grow healthily and be able to develop their full potential.”