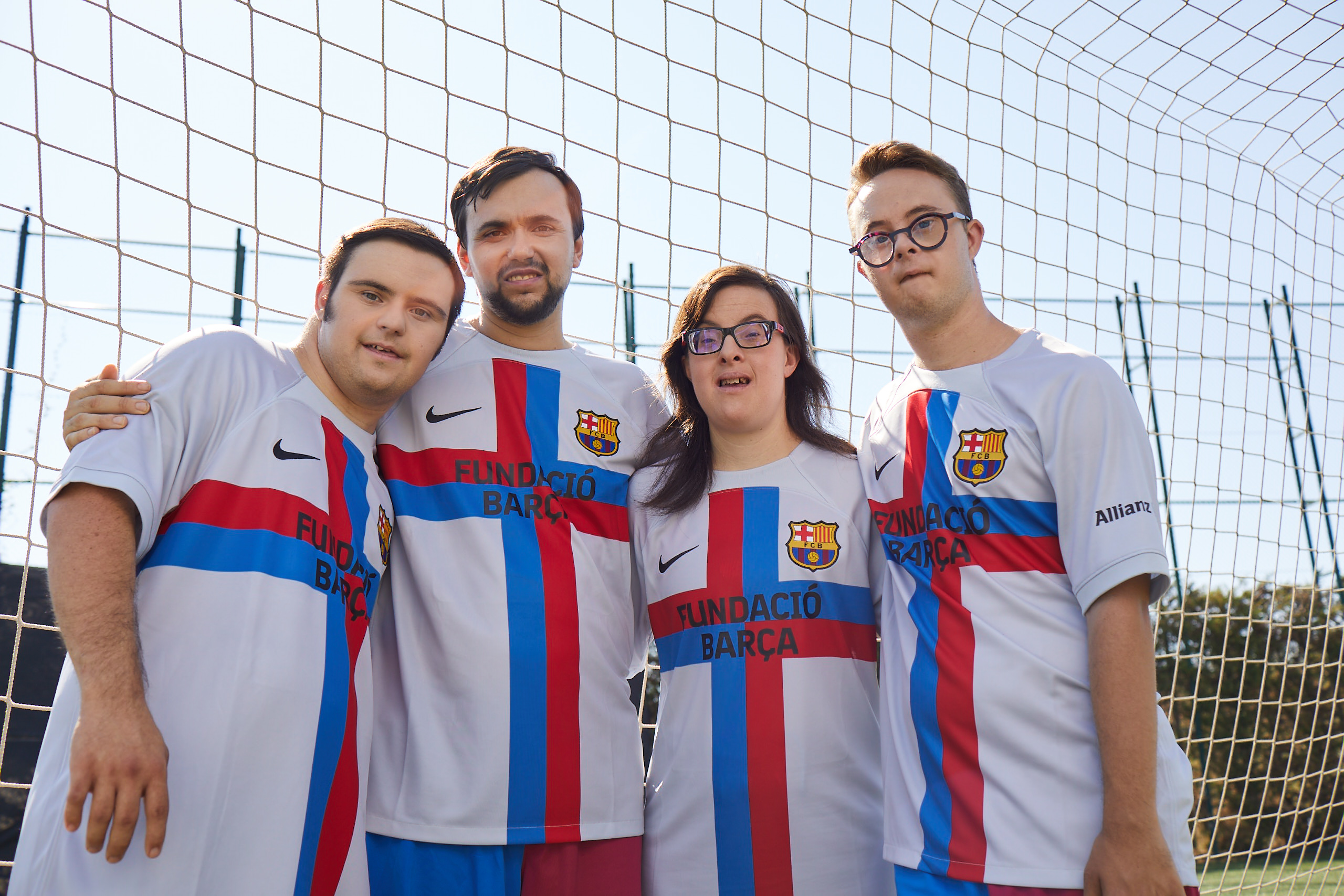 Insurance company, also a partner of Fútbol Club Barcelona (FCB), to support the team that will wear its logo on the left sleeve of the shirt

The FC Barcelona Foundation and Allianz have extended their collaboration agreement with the objective of continuing to build a more inclusive and diverse future. As a result of this new partnership, the insurance company has become the official partner of the Barça Genuine Foundation team made up of people with intellectual disabilities that this year won the nationwide 44-team Compañerismo trophy in La Liga Genuine at the first attempt.

From the 2022-23 season onwards, the Allianz logo will be appearing on the sleeve of the Barça Foundation Genuine team shirt in all of its competitions. This team was formed in September 2021, and won all three competitions in which it played, generating recognition and admiration that has been reflected by the interest of its new sponsor.

Off the field of play, this new action between the FC Barcelona Foundation and Allianz seeks to raise awareness of the importance of integrating people with functional diversity through sport in general and football in particular. The insurance company will be running several social projects promoted by the Foundation around inclusion, diversity and education, with the main challenge of continuing to generate a positive impact on society.

“Allianz's support for this programme is very good news, as it will help to consolidate the Barça Foundation Genuine team, a pioneering initiative that has exceeded all expectations both because of the objectives achieved and for the real impact on the lives of the people who participate. In addition, this new partnership will help with the effective inclusion of people with functional diversity in the Foundation's programmes where sport is promoted as a tool for social inclusion both locally and internationally.”

“At Allianz we fully identify with the values of sport such as effort, teamwork and determination in the face of adversity. Therefore, we are very pleased to become official sponsors of the Barça Foundation Genuine team, which will present us with the opportunity to combine sport and solidarity, supporting numerous social projects in favour of inclusion and diversity.”