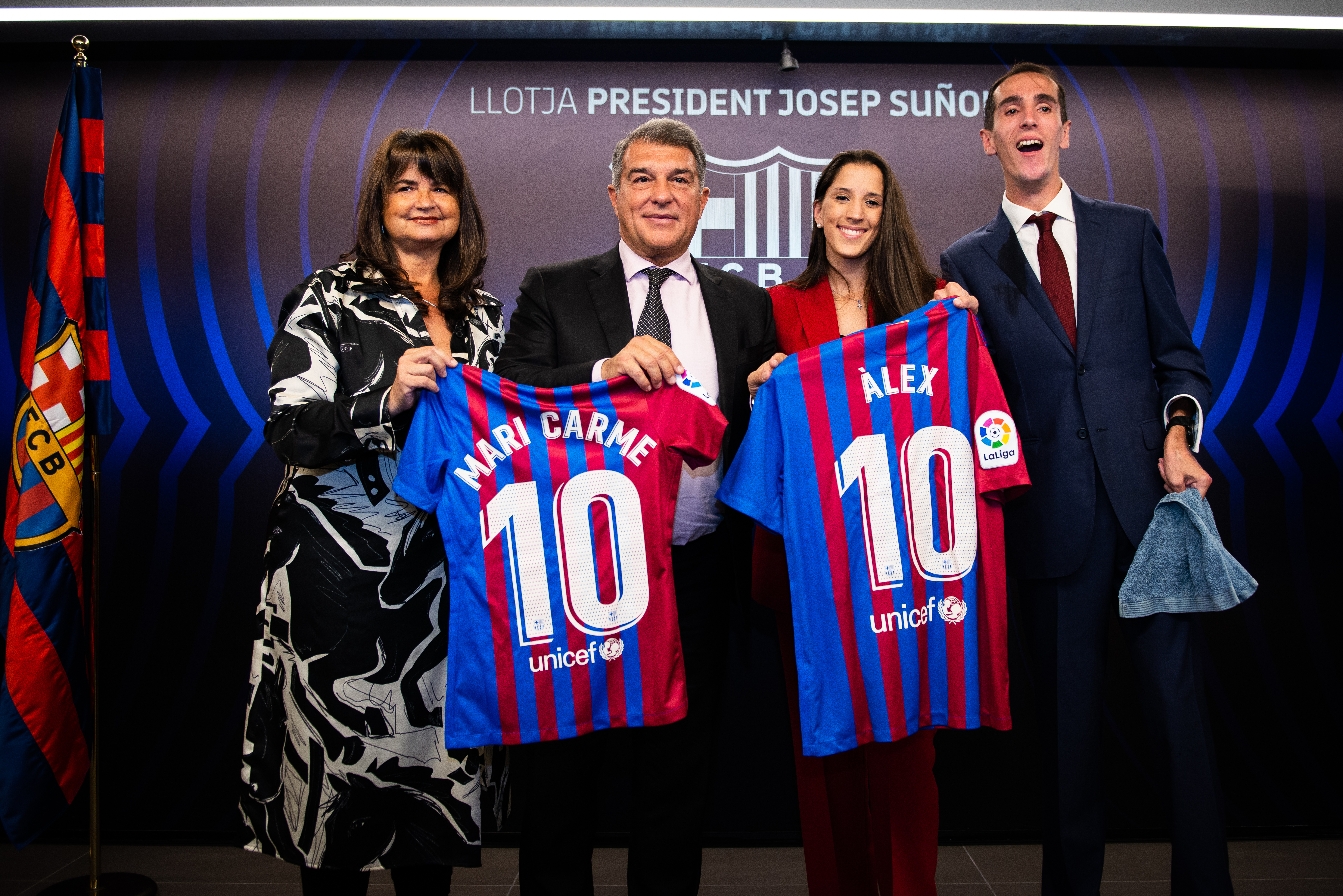 The athlete was presented as the Foundation's new ambassador during an event held at the Llotja del Camp Nou.

The President, Joan Laporta and General Manager of the Barça Foundation, Dr. Marta Segú, have today presented the athlete Àlex Roca as the new ambassador for the FC Barcelona Foundation at an event held at the Llotja del Camp Nou, attended by members of the Foundation's Board of Trustees and the Club’s Board of Directors.

As ambassador of the Foundation, the sportsman will represent the club across different areas, as well as in person at any ceremonies or events that the Foundation may hold. He will also be the face of the Foundation for projects aimed at improving the lives of the most vulnerable children and young people, both locally and around the world.  Àlex will also provide support in terms of the foundation's strategy for raising awareness about diversity in all its forms and his own personal story of overcoming obstacles will be an example in the sphere of inclusion, in which the Foundation has been working for more than 10 years.

During his speech, the President of FC Barcelona and the Foundation, Joan Laporta stated: “When it comes to people like Alex, our motto Som més que un club (we're more than a club) really takes on meaning and strength. His motivation and optimism are precisely the things we need in the Barça family. We are an inclusive club, which also needs people like Àlex to help continue building a human and collective environment”.

The General Manager of the FC Barcelona Foundation, Dr. Marta Segú went on to explain how Àlex Roca would be collaborating as an ambassador and wanted to highlight that the Foundation “hoped to highlight the need to build a future in which a new social construct would be built, one that was much fairer, more inclusive, and included more opportunities for participation, where examples such as Àlex's are so important”. She also mentioned the importance of the Alex-Mari Carme tandem for his complicity and strength in overcoming all the limitations, and getting everyone to work as a team, which for many was totally impossible.

She added that “we call upon the opportunity to build together this new society based on social inclusion, so that everyone may participate as equals”.

In addition to their honorary role as ambassador, Àlex Roca will also collaborate with the Foundation towards raising awareness among FC Barcelona's internal groups about the importance of diversity through motivational talks that are linked to his own personal story. Over the coming weeks, he will begin fulfilling this role, accompanied by Mari Carme Maza.

Àlex Roca is a sportsman of 30 years of age and has participated in various triathlons and courses, such as the Titan Desert 2019. The athlete has overcome cerebral palsy with a physical disability of 76%, two operations, and multiple other complications.

The sportsman knows no bounds. Today he is an example of strength, values, and overcoming challenges, becoming a successful speaker who can communicate through sign language, with the help of his partner Mari Carme Maza, who acts as interpreter during the numerous talks he gives.

The most serious problems caused by this illness affect speech and leg & arm movement. In spite of this, Àlex is a great example of overcoming obstacles. He was told he would not be able to study, but he proved them wrong: he has studied a post-secondary vocational training course in Administration and a higher vocational training course in Social Integration; he was told he would have many physical difficulties, but he currently enjoys 5 and 10km runs.

He stated: “I have no words to describe how I felt when I heard the president talk about my journey. Ever since I was small, everyone said that I wouldn't be able to walk, I wouldn't be able to study, or have a relationship. Doctors even said I could die or fall into a vegetative state. So, when I heard about my appointment, I reminded myself of all the "No's" I had received throughout my life. That's why I want to dedicate this special moment to all those who ever told me “No”. From such a renowned institution like the FC Barcelona Foundation”.