At half time in the Barça v Panathinaikos fixture, the Barça Foundation showcased its weekly actions as part of the programme against social exclusion. 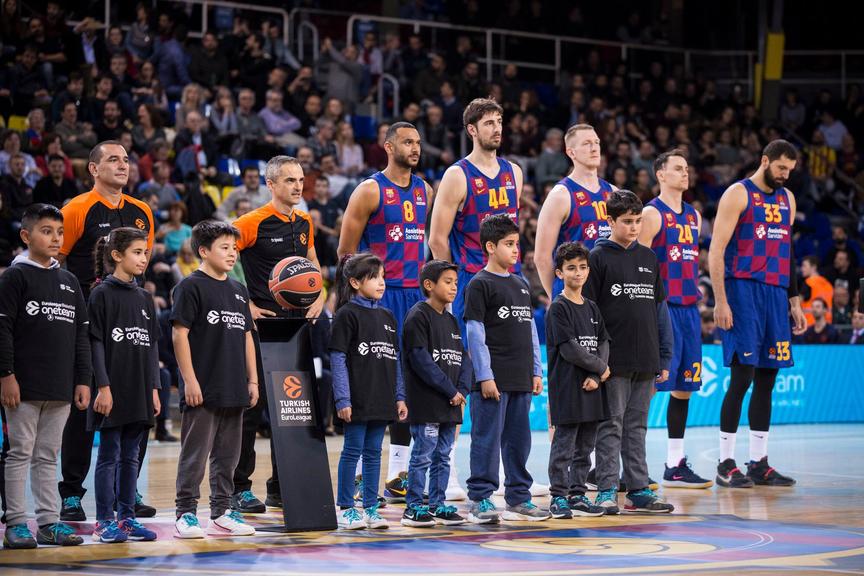 On Friday, at half-time in the Barça v Panathinaikos game, a group of ten beneficiaries of a Barça Foundation project in the district of Nou Barris showcased the activities they do every week using the FutbolNet methodology.

One Team is a Euroleague programme in which the teams in the competition also compete in a social project contest. Barça, through its Foundation, holds weekly basketball coaching sessions at the Catalan Juvenile Penitentiary Centre using the FutbolNet methodology.

Àlex Abrines, Pierre Oriola, Magatte Niang and Rodrigo de la Fuente are the ambassadors for the programme and visit the youngsters over the year.

The One Team game was the chance to show the project to the public, with the beneficiaries taking to the court to demonstrate the activities that they regularly do.

However, given the impossibility of the inmates attending the game, the Barça Foundation opted instead to present a different project being run in the city of Barcelona, using the usual beneficiaries from a centre in the district of Nou Barris, which also uses the FutbolNet methodology.