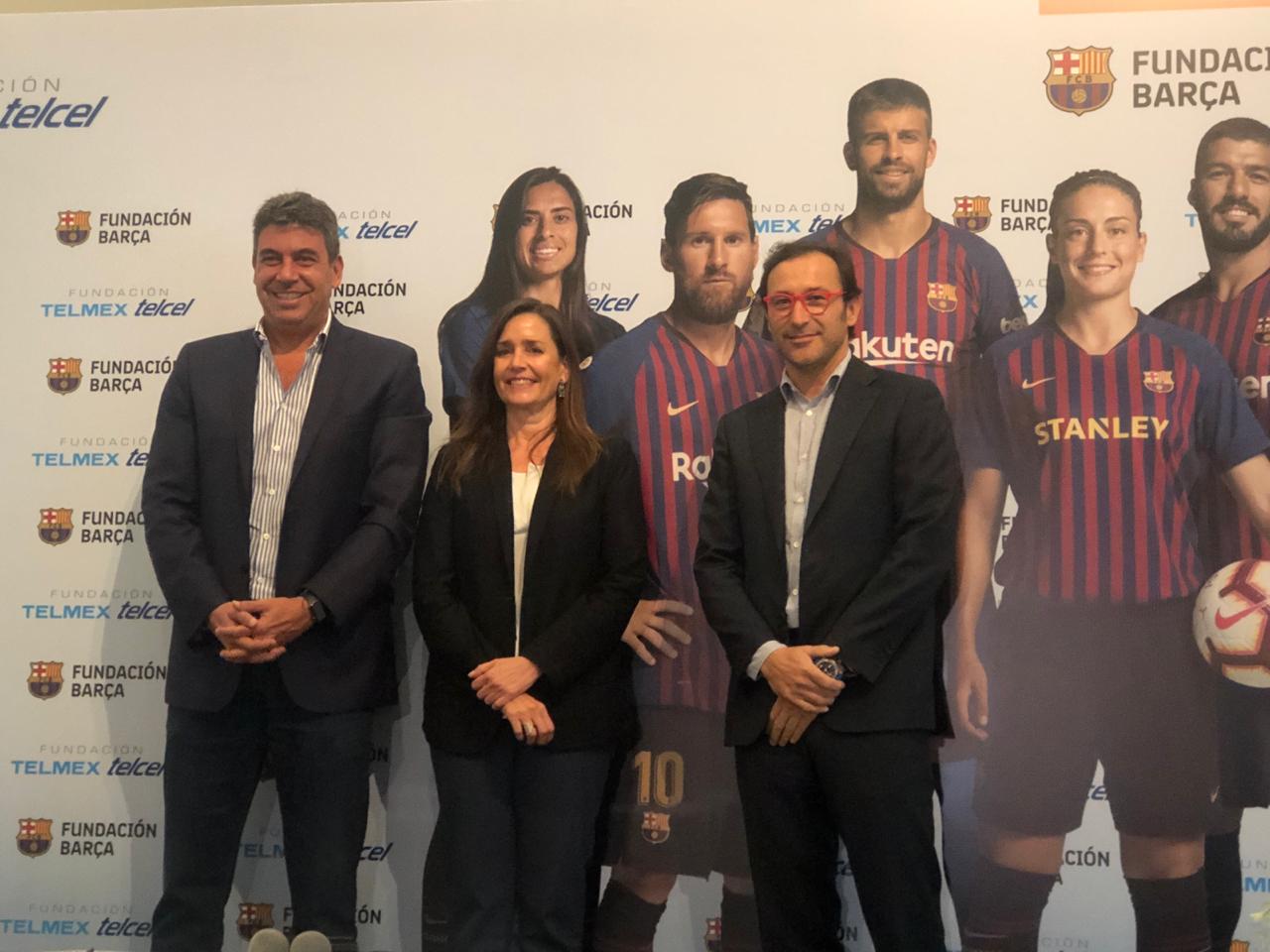 The TELMEX-Telcel Foundation and the Barça Foundation highly value the youth violence prevention project that they are running together in Mexico, and which has benefited over 900 girls and boys in the last year.

In this first phase the project has been run in: Mexico City, Ecatepec de Morelos, San Luís Potosí, San Andrés Cholula, Puebla and Guadalajara; with regular sessions held with a team of 55 instructors who received specific training on the Barça Foundation's FutbolNet methodology in April 2018.

An evaluation study has verified the good results obtained with these beneficiary children who live in high-risk social contexts, including the following:

The evaluation of the programme began in November 2018 with the purpose of finding out about the social changes (impact) generated among the beneficiary children. By means of case studies, these assessment activities included interviews with participating children, family members and instructors (30 in total).

It should also be noted that from October 2018 to February 2019, at each of the sites where the project has been run, a Festival was held that has exceeded the minimum forecast of 150 participants, reaching a total of almost 1,000 children and about 300 instructors, monitors and local volunteers, and more than 500 people attending from the local communities.

Second phase of the project

After having successfully completed Phase 1 of the project, Phase 2 is envisaged, and which will operate along the same lines as the first. The target number of beneficiaries for each site will be the same (150 children per site), so for the seven populations as a whole the target will be a minimum of 1,050.

The focus will be on children of between 6 and 16 years of age, living in urban peripheries with a high rate of violence. The age range can be adjusted according to the specific needs of each activity.

Note that according to various sources, recruitment to gangs begins between 6 and 8 years. For this reason, it is considered important to focus secondary prevention activities on this age group.

The Barça Foundation will continue to advise and coordinate the Telmex Foundation with the implementation process in order to improve or maintain the excellent results obtained in the first edition.

Visit to Barcelona in March 2019

As a culmination of the project, and after the activities had finished, from 7-12 March 2019, a group of project beneficiaries visited Barcelona. These 15 girls and boys were selected from among those who had behaved best and attended the activities most regularly. They got to enjoy a "Barça Experience" including such activities as a Barça Academy clinic and the chance to attend the league match between Barça and Rayo Vallecano.

Farid, 14 years, Ecatepec: “One of his coaches mentions that Farid stopped coming to training for a month due to school and homework. His mother admitted that he was actually depressed because of the bullying he suffers at school and by his lack of friends. She convinced him to return to FutbolNet and insists that it has helped him a lot. On the one hand, as recommended by the psychologist, the exercise has been positive for him, and on the other hand, he feels that he is in a safer environment where the children respect each other more. Farid notices this too. His mother says her son is happier now.”

Juanito, 9 years, Ecatepec: Among the changes that his mother observes is the fact that several teachers have told her about the difference in Juanito's behaviour at school. Now he asks a lot of questions and has more self-confidence, so much so that once a teacher scolded him by shouting, and he replied that the teacher should not do that but should explain things. The surprised teacher asked where he had learned that! Now he understands a little more and is doing better at school and, although he is still lazy with his homework, he does get it done because, according to his mother, he has also “learned to obey instructions”.

Gabriel, 12 years, San Andrés: Although his father believes him to be very sociable, Gabriel says that he has very few friends, and despairs a little with children of his age and prefers to go out with older ones, because secondary schoolchildren "understand me better". At school he used to get along with his classmates, but he stopped having relations with some because they made unfair accusations. "Those are not friends" he comments. Now he has made new friends with whom he stays to chat at the end of sessions, he is happy with them.

He has changed a lot since joining FutbolNet, say the instructors. He is described as someone who previously had very little patience and was sometimes aggressive to other children, he pushed them, and he got on badly with several classmates. Once in training, he even kicked another child, so his coach has been working with him to control his aggression and frustration.